Joan Denoo commented on Sydni Moser's group Coffee Break
"Stephen, the "public lavatories, like this one in Pond Square, Camden, London," is…"
3 hours ago

Mrs.B commented on Sydni Moser's group Coffee Break
"Yes, our kitties were not happy with our last storm either."
5 hours ago

Ian Mason commented on Sydni Moser's group Coffee Break
"A pigeon sheltering from the rain on my balcony. It doesn't seem to care about me being there…"
5 hours ago

Ian Mason commented on Sydni Moser's group Coffee Break
"We've had rain, thunder and lightning in DK today but nothing as severe. Stay safe, everybody."
5 hours ago

Loren Miller commented on Randall Smith's group Just sports stuff.
"Hell, the Braves logo is at least as egregious as Chief Wahoo.Here's a poser for you, though:…"
6 hours ago

Randall Smith commented on Randall Smith's group Just sports stuff.
"Loren, thanks for your input. Next, Atlanta (Braves), although some might claim that…"
14 hours ago

Loren Miller commented on Loren Miller's group Quote Of The Day
"Since Jimmy Carter, religious fundamentalists play a major role in elections. He was the first…"
15 hours ago

I hope anyone who reads this photo quote can find inspiration from the words contained in it.
16 hours ago
0 Comments 0 Likes

Chris B commented on Sydni Moser's group Coffee Break
"It keeps you constantly on alert, very bad! And the London weather!"
21 hours ago

Mrs.B commented on Sydni Moser's group Coffee Break
"Oh crap! So many apartment fires are started by bbq's, so there's a good reason to ban…"
23 hours ago

Stephen Brodie commented on Sydni Moser's group Coffee Break
"No thankfully. Last night there was a terrible smell of smoke wafting through the building and you…"
yesterday

Mrs.B commented on Sydni Moser's group Coffee Break
"Ok, so your lobby etc., is not likely to flood then."
yesterday

Stephen Brodie commented on Sydni Moser's group Coffee Break
"If you remember Abbey Road is nearly at the top of the hill(St. Johns Wood) and Maida Vale is about…"
yesterday

Mrs.B commented on Loren Miller's group Quote Of The Day
"I don't want to have faith, I want to know, as someone once said."
yesterday

Loren Miller commented on Randall Smith's group Just sports stuff.
"Yeah, I saw that.  Initially, I thought it was a thoughtless nothing-burger, had NO idea where…"
yesterday

Loren Miller commented on Loren Miller's group Quote Of The Day
"To me, the bottom line is honesty. A person with integrity doesn’t claim to know supernatural…"
yesterday 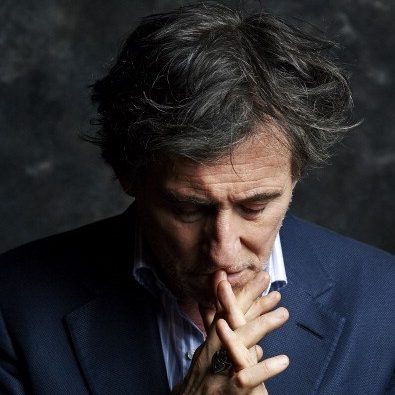 Gabriel Byrne states the following:
“It was almost a Taliban-esque society,” he said. “That’s how much power they had. Now all the rocks have been lifted and all the maggots have crawled out. The Catholic Church is a tyrannical, evil institution, there’s no doubt about it – anti-woman, anti-homosexual, anti-love, anti-condom, totally elitist.”Now he says, “Whether the Catholic Church attracts paedophiles or whether the Catholic Church itself breeds paedophiles, I don’t know the answer. But because of this culture of secrecy, and because there’s no accountability, priests – and nuns – could commit crimes against children and realise they didn’t have to pay for it – the Church would never hand them over to the legal authorities. I think anybody who betrays the trust of a child deserves to be punished.

“A child doesn’t have the understanding of the world to know what’s really good or bad,” he continues in this generalised vein. “As far as they’re concerned, what an adult tells you to do is the right thing to do, and to take advantage of that is a crime against the soul of a child,”

This is all very true and even being raised a Catholic I do not think this is vile to or should be thought of as vile against individual Catholics. Notice Gabriel simply said the Catholic Church, or simply the church. The church has indeed continued to remain as having this sort of Taliban-esque society telling people-and indeed women what they can and cannot do.

Never does this lead to anywhere good. I mean, women make up a big percentage of the church. As well, Gabriel is right in that it has always been anti-homosexual, anti-woman and anti-condom. I think that he is right to, that justice should be served. Not just leave the church to try their own. I think if a priest or in fact nun rape a child they should be defrocked, then handed over to the proper authorities, not just defrocked, given a slap on the wrist and moved to a different parish. That never corrects anything at all.

I also think and agree on the fact that children don’t know when they are being taken advantage of. Children will listen to those in authority without question. Myself, I think that the through the church, that the church breeds pedophiles. I think the church breeds pedophiles, because when you have so many men grouped together without being able to have a wife. Or in fact a group of men stripped down by some very still sometimes strict religious figures who outlaw things such as: women, masturbating(normal for almost all), flirting and what have you, well I think you’re just asking for trouble.

Going back to anti-woman….well let’s see religious scholars have even proved the church wrong in that Mary Magdalene was not a whore, that she was one of Jesus’ first apostles. As well, John the Baptist was married. Hmm, so I think women should be given more freedom in that they should be able to be priests. I think so to priests should be able to marry because yes hello-the church won’t lose land nowadays just because a priest marries.

Anti-homosexual hmm, can’t say much other than kudos to Pope Francis for starting to turn that problem around!

Anti-condom: a) Stop marketing to young teens or young adults, they’ll have an abortion whether someone tells them no or not.

b) Okay, so if let’s say a woman has one too many drinks one night and harms her baby, and finds out? Well if she wants to abort her baby, it’s her damn choice because it’s her body. As well, do we really want to bring a person into the world that is not healthy if we know ahead of time? I mean if I knew my baby was going to have problems from alcohol or drugs, yes I wouldn’t have it. Now if one doesn’t know-different story.

Or even better, a woman gets raped-what, so you strict Catholics would rather she have the baby that will be unloved-since women that have been raped almost always despise their baby? That baby too will have genes among other problems making that baby grow up more likely to kill or otherwise rape to. No, having that baby would not be the answer either.