Loren Miller commented on Loren Miller's blog post The Problem With Miracles
"I think we can accuse usage of the word, "miracle" with laziness of thought.  The…"
7 hours ago

Grinning Cat commented on Loren Miller's blog post The Problem With Miracles
"Hey! Miracles like water into wine do happen, at least if you can trust photographic…"
7 hours ago

Grinning Cat commented on Loren Miller's blog post The Problem With Miracles
"... Much as those of my ilk may joke about problems caused by "FM" (as in F***ING MAGIC!)…"
7 hours ago

Stephen Brodie commented on Loren Miller's blog post The Problem With Miracles
"The term miracle is thrown about nowadays like confetti. I was thinking of someone and lo and…"
7 hours ago

Grinning Cat commented on Loren Miller's blog post The Problem With Miracles
""I would tolerate the existence of miracles ... if miracles are ... effects with well-hidden…"
8 hours ago

Loren Miller commented on Loren Miller's blog post The Problem With Miracles
"Thank you, Terry.As an retired engineer and troubleshooter, I had to be grounded in reality. …"
8 hours ago

Terence Meaden commented on Loren Miller's blog post The Problem With Miracles
"That's a nice piece of writing Loren. As for English dictionary definitions of the word…"
8 hours ago

Loren Miller commented on Terence Meaden's blog post On Miracles
"Done and done, Terry.  Have a look here."
8 hours ago

“You see there is only one constant. One universal. It is the only real truth. Causality. Action,…See More
8 hours ago
7 Comments 2 Likes

Mrs.B commented on Loren Miller's group Quote Of The Day
"Smarter than many in government."
8 hours ago

Stephen Brodie commented on Loren Miller's group Quote Of The Day
"Opinions and feelings are meaningless unless they are in support of facts."
9 hours ago

Loren Miller commented on Loren Miller's group Quote Of The Day
"Obviously, owls give a hoot about this!"
9 hours ago

Grinning Cat commented on Loren Miller's group Quote Of The Day
"These fine feathered friends might want to have a word with the skeptics John Oliver mentioned:…"
11 hours ago

Mrs.B commented on Hope's group Imagine No Organized Religion
"These are such good videos!"
23 hours ago

But I wanted to know exactly how the professional historians come up with the “Historical Jesus.” and in my research I’ve discovered something slightly disturbing to me. I hope I’m wrong, but it seems like they use a very unscientific Method to make these conclusions.

They start with the premise that the New Testament is a historical document mixed with mythology. Then they strip away the things that don’t compute with known science like the Virgin Birth, Resurrection and various Miracles and Jesus being God. Then they overlay the gospels and whatever matches they keep and the stuff that contradicts they throw away. They are left with a mutilated skeleton of the New Testament. To fill in the gaps they created, they pull from Archaeology and Sociology ( and other methods of collecting historic data) plausible Ideas to make it fit. Then they present it to the world as Fact and dogmatically discredit any one who is skeptical of it.

The Method would be fine, in my opinion, for creating realistic historically based fiction, like the movie Troy or Author, but it doesn’t hold up to the scientific method. It seems that its still in a hypothesis stage and yet they act like its as true as Evolution is true. Sounds like another religion to me. Do they do this with other historical records? If so, how can I trust what I read in any history book?

I could do the same thing with any book. Harry Potter is a historic figure, he just never flew on broom stick and waved a wand. He was just a boy caught up in a struggle with a psychotic lunatic who killed his parents.

@ Michel I'm not really sure, history unfortunately isn't my strong point. It would make for an excellent strategy as far as quest for world power as the roman empire had. The Roman Empire was defiantly power hungry, and had the perfect opportunity to do so. Its not a conspiracy theory that's far out there. If you have complete dictatorship over a great many nations, and of course complete control over the media to spread your own propaganda, its not hard to manipulate the people. Look at bullshit Kim Jong Il had his people believing: He had Supernatural Birth. He Invented the Hamburger and so on.

I can't tell you its true but it would certainly make for an interesting HBO TV Series, if only. @Mark - Were the Romans known to use such tactics in other areas?

Has anyone heard of Joseph Atwell? He claims: "That Jesus was the invention of the Roman Imperial Court. Their purpose: to offer a vision of a “peaceful Messiah” who would serve as an alternative to the revolutionary leaders who were rocking first-century Israel and threatening Rome." quote taken from http://www.caesarsmessiah.com/

BTW. From my reading of the holey bibble Jesus belong to the house of David and they did not cut their beards at all.

A historian who is worth his salt will use as many documents from many different sources that cite directly or cites evidence that is indirect but it also helps to explain what is occurring within a historical period. That is it gives direct evidence of those historical events events that the direct evidence purports to portray. They have to build a picture of the society their subject lived in. This helps to sort out the wheat from the chaff!

Any genealogist on this site? They will understand what I am trying to say.

I have done some research in tracing my own family history and when you really go through looking for a particular person you do not just use one source for this person but other sources to really pin down that person to a particular period, where they lived, how they earned their crust, what they did for hobbies or sport, whether they had criminal record or served on a jury or in the military etc.

I learnt do not rely on just one source of information even for birth, death or marriage. You have to go into information that seems irrelevant to family history. Nor can you rely solely on family myths, some have some truth in them while others are pure fantasy.

It came from ex Roman Xtians wanting Jesus to look like themselves - they had long hair and a beard.

Interesting find, Michel. So where does the Jesus with the long, long hair in "modern" Jesus imagery come from? I checked Wikipedia, which says the long hair comes from the 6th century depictions of Jesus

The Bible tells us that a man should have a full, untrimmed beard, while trimming the hair on the head to an acceptable length. Much of this centers on the verse in Lev. 19:27 which should be translated:

'You must not shave or cut the corners of the hairs of your head and you are not to trim (mar or clip off) the edge (corners) of your beard.'

In many place the Old Testament is very particular about beards, and shaving it was not a good idea. So the historical Jesus might have looked more like this: 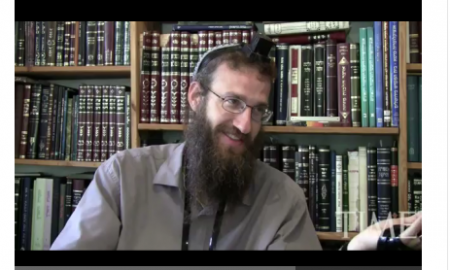 But Corinthians is AFTER the fact. Jesus (if he existed) was a Jew. How does the Torah say a man should wear his hair?

Found a biblical reference to how God wanted men to wear their hair: 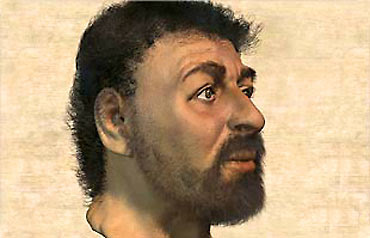 So there should have been meters of this stuff lying around.