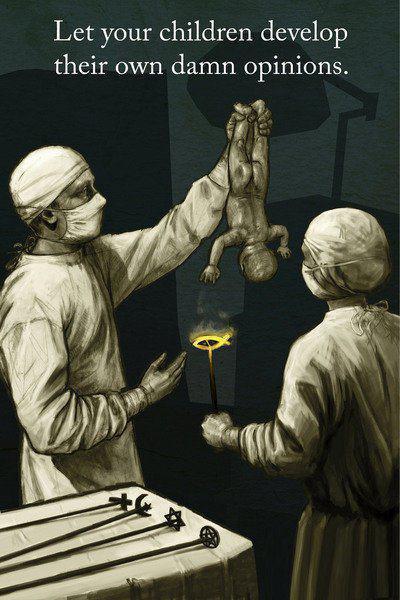 That is your greeting as you enter Panama City. Makes you feel warm inside, doesn't it? The words are accompanied with photos of a female and male police officer. Apparently a stern warning to those who live in the city. I thought when I first saw the billboards that it was a horrible advertisement for the city. It definitely didn't make me want to stop there on my way to the beach. You would think that signs like that would hurt the economy; what old snowbird is going to hang out in that area?

According to locals, they really don't have gangs in the city. They say there was a few people that moved into the area after Katrina that were selling drugs, etc., but not really forming gangs. Most have moved on, but the signs stay to the detriment of the community.

These signs have been on my mind since the beginning of the year. There was something there that I couldn't, or wouldn't, let go. The lightbulb finally came on this morning.

I thought a billboard stating the same exact words about religion would be more accurate. Instead of police photos, we replace them with photos of priests and pastors; whatever photos of religion that are easily recognized by the masses. Of all the groups that are stealing our children, religion has to be on the top of the list. From sunday school, to bible study, to political theocrats; these are the largest gangs in the country. The campaigns to teach fantasy in our schools, the war on women, the desire to not extend equal rights to all citizens; is that not as, or more, detrimental to the advancement of society and morals than any other organization?

Theists, the largest gang in the country. 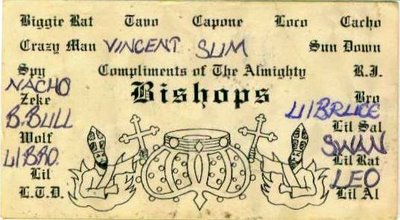 Chicago gangs of the '70s and '80s carried calling cards.