Loren Miller commented on Loren Miller's group Quote Of The Day
"Freedom is always the freedom of dissenters. -- Rosa Luxemburg It always seems to start out that…"
12 minutes ago 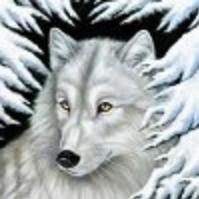 Tradition at Birth
None

Nearly half of all Americans expect Jesus to return by 2050.

The poll by the Pew Research Centre questioned 1,546 adults aged 21-26 and asked them about a range of things they expected to happen by 2050.

They found 71 per cent expect cancer will be cured, 66 per cent expect artificial limbs to be working better than real ones and 53 per cent say ordinary people will travel in space.

But it was the high number who confidently predict a Second Coming that raised eyebrows.

This cythantermon stone must be a fake. It looks to nice to be real. It's glazed.  There were a lot of rock bootlegers and other dealers in 'antiguities in China as there are in the middle east.

Having written that I met a couple who worked for I think UC Berkely who were going after people trading real antiquities when Iraq's national museaum and ISIS was selling stuff.  Neat couple.

Maybe I'l take a photo of mine and send it.

Tourists will go to any odball thing including the Siberian shaman lady - even though it's an act.

Where I live it's unbelievable how many haunted house and grave yard tours there are.  Some of the tomb stones have funny saying on them - such as "I told you I was sick" There a lot of palm readers and other such bull shit.

I dislike this tourism town.

There use to be a "antiabortion" place next door to a bakery I went for breakfast a couple of weeks ago.  Low and behold now it's a massauge parlor.

Sorry for the kookie video.

I guess my point with the previous video was that there are kooks all over the world - regardless of religious ideology.

A buddy and I were talking about the bigest threats to live on earth. We both agreed that climate change was the first and nuclear was was was second.

Distruction of the earth, which is the same thing as climate change when drilled down.

Sorry for the kookie video I posted.

Lester check this out.

Thanks Lester, will have a look after dinner.

For any who may be interested, which is unlikely Suiseki is an interesting hobby. More than likely the subject is too deep.

An ornamental stone displaying chrysanthemum-like patterns in a contrasting matrix. Marketed specimens are often highlighted by selective painting of the matrix with a dye to over-emphasise the crystal pattern, which in the process obliterates some of it.

The composition of chrysanthemum stone is variable. Material from the "classic" occurrence at Yonghe in Liuyang County of Hunan Province consists of celestine, but specimens recovered from outcrops of the same strata at other places in the area are mostly mixtures of calcite, chalcedony and minor dolomite which replace earlier celestine (Yan et al., 2001). Material from another well known occurrence at Laibin of Guangxi Province consists of strontianite (Zhang and Li, 1999). More recently, holmquistite "suns" in a light schist matrix from the Altay pegmatite field have been traded in China as chrysanthemum stones as well (Wang et al., 2009).

Japanese "chrysanthemum stone" is aragonite (or calcite pseudomorphs after aragonite) in schalstein matrix.

Some may wonder why civilizations and ancient cities grew around volcanoes and earthquake fault lines.  It is well documented that fault zones provided minerals/ metals and water supplies.

Beautiful photograph, by the way.  I would encourage you if interested in photography to take photographs of every day people.

I was in a small town where people came out to see me because of course I looked like a horse face - having a mustasch and big nose.    People held up babies and toddlers to look at me - of course they cried  because I looked so different.

I'm curious, what do you think Chinese traditional religion is?

I know a little about different ideologies of Budhissm, Taoism,  and Confucianism.

Within these there are different schools of phylosophy.

In my ingnorant mind there are broader schools of phylosophy that  expecially on the West side of China  include  Hindu, and Islamic ideas.

I wonder if bejesus believers don't care about climate change because they will be raised to heaven.  I think some, if not many encourage armageddon.

Glad to see you back online.

Thanks for the picture & the song, both lovely!

The link I gave you is for another Taiwanese Singer called Gong Yue, The song is called "I ask you rain", it is sung Hokkien Chinese.
Qǐng xiǎngyòng

Thank you for Dragon Sister's song.

The sound of hot water is different than the sound of cool water Lester.

This is a belated Xie Xie for your kind thoughts on my birthday. Been caught up with moving house and it taking the ISP three months to get me back online. We have our own two bedroom apartment now.