Mrs.B replied to Loren Miller's discussion God Comes Out as Pro-Choice (Betty Bowers) in the group Freethought and Funny Bones
"Would have been something else......"
7 hours ago

Andy Stout replied to Loren Miller's discussion God Comes Out as Pro-Choice (Betty Bowers) in the group Freethought and Funny Bones
"If only Mary had an abortion..."
8 hours ago

Ian Mason commented on Sydni Moser's group Coffee Break
"Extreme weather but mediocre government and inadequate responses. Nobody wants to be bold, except…"
13 hours ago

Loren Miller commented on Loren Miller's group Quote Of The Day
"Human decency is not derived from religion. It precedes it. -- Christopher Hitchens Our forebears…"
13 hours ago

Kurt Neuleuf commented on Sydni Moser's group Coffee Break
"Summer in Australia is going to be fun. extreme firestorms and flooding has been forecast  for…"
13 hours ago

Mrs.B commented on Sydni Moser's group Coffee Break
"Equipment & the personnel to run it. "
18 hours ago

Chris B commented on Sydni Moser's group Coffee Break
"Yes, but your enormous country is harder to monitor, I'd think, and to get the equipment and…"
18 hours ago

Chris B commented on Sydni Moser's group Coffee Break
"This is a small country with plenty of open water, so fires are much easier to contain. Canada…"
19 hours ago

Chris B commented on Sydni Moser's group Coffee Break
"The first drop of rain has yet to fall, but the clouds look nice. Fires are going on but not on a…"
20 hours ago

Mrs.B commented on Sydni Moser's group Coffee Break
"How is your fire situation there?"
20 hours ago

Stephen Brodie commented on Sydni Moser's group Coffee Break
"We are due some thunder and lightning with perhaps some heavy showers by Wednesday. "
20 hours ago

Ian Mason commented on Sydni Moser's group Coffee Break
"Long may it rain, Chris. We're due to get some in DK about Thursday."
20 hours ago

Ian Mason commented on Sydni Moser's group Coffee Break
"Born-to-money indifference, Stephen. And as long as the stupid proles of the world keep slogging…"
20 hours ago

Mrs.B commented on Sydni Moser's group Coffee Break
"A spokesperson for the BC Wildfire Service says 80 per cent of the 212 new fires sparked across the…"
21 hours ago 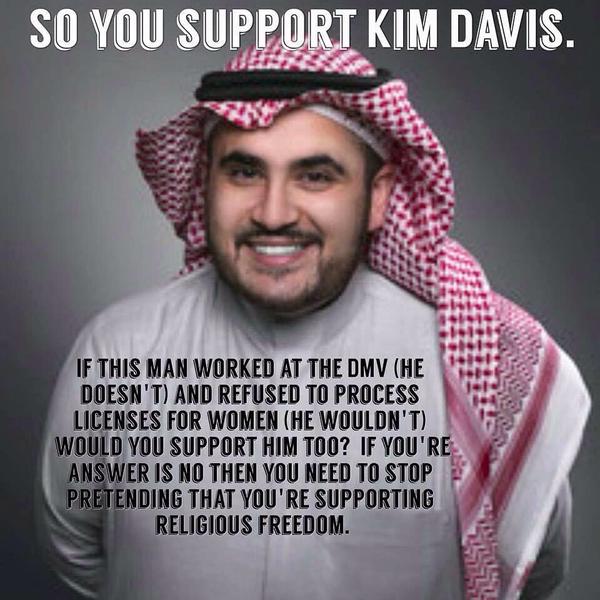 I agree with you Stephen and Neal.

It seems that religious freedom in the U.S. means imposing one religious view upon others.  New Hope Church is a good example of quazi mainstream crazy as opposed to the Westboro Baptist Church http://godhatesfags.com/

Perhaps the West is ignorant of Eastern views and see them as singular, where infact there are many views, theories, and theologies. The Great Satan is an imagination of the West  fueled by revisionist history of xtianity, Puritianism and a warped sense that the apocolypse is near.

By the year 2050, 41% of Americans believe that Jesus Christ definitely (23%) or probably (18%) will have returned to earth. However, a 46%-plurality of the public does not believe Christ will return during the next 40 years. Fully 58% of white evangelical Christians say Christ will return to earth in this period, by far the highest percentage in any religious group. Only about a third of Catholics (32%) and even fewer white mainline Protestants (27%) predict Christ’s return to earth by 2050. One-in-five religiously unaffiliated Americans also see Christ returning during the next four decades. Americans with no college experience (59%) are much more likely than those with some college experience (35%) or college graduates (19%) to expect Jesus Christ’s return. By region, those in the South (52%) are the most likely to predict a Second Coming by 2050. Read More

The book "Lies My Teacher Told Me" by sociologist James W. Lowen covers some of the myths about "American Exceptionalism."

New Hope and their ilk prolestorized for Kill the Gays Bills in Sub-Saharan African countries. They are xenophobic.

Islamic extreemists are similar to other religious fanatics.

I don't think ISIS is a religious organization. It appears to me to be a political movement.

Though I know driving while female in Saudi Arabia may lead to arrest, Kim Davis is a whacko xtian fanatic who is supported by a candidate for president of the U.S. (Mike Huckabee) and the Catholic Pope.  That's more frieghtening to me than the few Muslums that managed to emegrate to the U.S.

I understand that Muslims and Islam is more of a problem in the U.K. and England.  Whacking the hornets nest resulted in 60 million immigrants from the Middle and South East.

The Southern Poverty Law Center does a good job exposing the Christian Identity movement, which I used to live around.

Christian Identity is a unique anti-Semitic and racist theology that rose to a position of commanding influence on the racist right in the 1980s. "Christian" in name only, the movement's relationship with evangelicals and fundamentalists has generally been hostile due to the latter’s belief that the return of Jews to Israel is essential to the fulfillment of end-time prophecy.

Of all the movements that have appeared among white racists in America, Christian Identity is surely one of the strangest.

Although nominally Christian, it owes little to even the most conservative of American Protestants. Indeed, its relationship with evangelicals and fundamentalists has generally been hostile due to the latter’s belief that the return of Jews to Israel is essential to the fulfillment of end-time prophecy.

Identity has created for itself a unique anti-Semitic and racist theology, but notwithstanding its curious beliefs, it rose in the 1980s to a position of commanding influence on the racist right. Only a prolonged period of aggressive efforts by law enforcement, together with the demise of influential leaders who were not replaced, brought about its present decline.

Osama Bin Laden and his 'crew' should have been treated as criminals. The CIA, FBI, and Special Forces could have caputred him. That would have been better than invading Afganistan.

It was about a religious war - not Bin Laden.

GWB's proclomaton for a 'Crusade' - Religious war was terrible.

Tony Blair, the BBC, and NYT's among others  encouraged that war.

I wonder how much Naomi Klein's idea of Shock Doctrine defines the  invasion of Iraq with a goal to gain petroleum for less money.

The entire endevor into Iraq and resulting ISIS should have been evident. The powers to be didn't consult with scholars who knew the history of the region.

They fucked that area up and we are paying the price.

The FBI (Federal Bearu of Investigation)  cites the danger domestic Right Wing Christian Groups in the U.S. which are more dangerous than innocent Muslims who fled the violence in the Middle East going back for years before the latest destabilization - I.E. post WWI, Post WWII, 1953, or 1979.

Militant Extremists in the United States

The January 2011 shootings--in which a lone gunman killed six people at a Tucson, Arizona, shopping center--served as a reminder of the threat posed by militant extremism in the United States. Similar acts of violence in the last few years--such as the suicide plane crash into an IRS building in Texas and the 2009 shooting at the U.S. Holocaust Memorial Museum--have brought renewed attention to the dangers posed by fringe political extremism. Although the frequency of these types of attacks has decreased in recent years, "lone wolf" violence is on the rise. The FBI is particularly concerned by such threats because they are performed by individuals who are unaffiliated with any larger movement and are, therefore, hard to detect. As with the case of Tucson shooter Jared Lee Loughner, it is difficult for authorities to determine whether such an act of violence falls under the legal definition of "domestic terrorism," a determination that invokes much harsher sentencing guidelines. Some experts criticize a lack of consistency in the way U.S. domestic terrorism laws are applied, which can lead to dissimilar procedures and outcomes for similar cases.

Chris i think we make a mistake with this Moral Equivalence, these Christian nut job would very likely kill people in the name of their God. But at this moment in time  its the Islamists who are shedding blood on a global scale. But one thing is true given the chance to bring on the rapture they would kill, maim, and Terrorise their way through half the world.

Christian Revisionists, or Mormon fundamentalists here are more of a problem than Islamic factions in this area. Either of the two groups would prevent women from leaving the house and would shackle them if they could.

(CNN)Kim Davis, the Kentucky clerk who spent six days in jail for refusing to issue marriage licenses to same-sex couples, met privately with Pope Francis last week, adding a surprising twist to his first visit to the United States.

The meeting came Thursday at the Vatican Embassy in Washington, according to a statement on the Liberty Counsel website.

Mat Staver, a lawyer for Davis, said the session lasted 10 minutes and was just between the Pope, his client and her husband. He said pictures were taken and will be released at some point.

There is no reason to equate them with Arabs, or Islam - they are terrible within their own right.

It means any people from the area - not just Jews.

"I don't like anti-semetic comments". Chris a cant see how this photo is Anti-Semtic. Its just a warning against Religious Elitism.

A counter posts may be the Westboro Baptist Church

Religious groups always say they want Religious freedom, but that usually means freedom for their own little group and not for others.