Mrs.B commented on Doone's group Humans of Earth News
"BYEDON!!!! MR. PRESIDENT Joe Biden is in the house!"
7 hours ago

Mrs.B commented on Loren Miller's group Quote Of The Day
"Looks spot on to me."
7 hours ago

Grinning Cat commented on Doone's group Humans of Earth News
"Listening to President Biden's inaugural speech!... and celebrating "the end of an…"
9 hours ago

Onyango Makagutu commented on Doone's group Humans of Earth News
"His legacy will remain for a long time and this is what should worry you. We hope the inauguration…"
12 hours ago

Doone commented on Doone's group Humans of Earth News
"He’s gone! Our long national nightmare is over.  "
12 hours ago

Onyango Makagutu commented on Loren Miller's group Quote Of The Day
"Why, I agree with Barker too"
12 hours ago

Loren Miller commented on Loren Miller's group Quote Of The Day
"I think that God that we have created and allowed to shape our culture through, essentially…"
13 hours ago

Stephen Brodie commented on Loren Miller's group Quote Of The Day
"Onyango a stone is a stone that's reason enough. Joan, I think Engels was talking…"
13 hours ago

Terence Meaden commented on Terence Meaden's group "Q--is for quare, queries and quotes,"
"Joan, I am thinking of using your comment in the forthcoming book: “And like language, a…"
15 hours ago

Terence Meaden commented on Terence Meaden's group "Q--is for quare, queries and quotes,"
"Re: the original meaning of quare, over 2000 years ago. Hmmm, Joan, I'm glad you raised this…"
15 hours ago

Joan Denoo commented on Loren Miller's group Quote Of The Day
"Onyango Makagutu, I like the way you worded the meaning of existence. While trying to find…"
15 hours ago

Joan Denoo commented on Terence Meaden's group "Q--is for quare, queries and quotes,"
"It wasn't until I was teaching Life Skills in our prison system in Spokane that I ran across…"
18 hours ago

Joan Denoo commented on Terence Meaden's group "Q--is for quare, queries and quotes,"
"Terry, I like your quote from Steve Bruce:  "Christian is not ‘natural’; it…"
18 hours ago

Joan Denoo commented on Terence Meaden's group "Q--is for quare, queries and quotes,"
"Terry, I have not seen or heard this word used before;   "quare:" n. An…"
18 hours ago

Mrs.B commented on Adriana's group Freethought and Funny Bones
"That was really on point."
19 hours ago

Mrs.B commented on Julien's group The Music Box
19 hours ago

What's the harm in a little Buddhist retreat?

Sigh. There is no end to quackery and false gurus. And if it was all harmless, so be it. But why do we people end up dead on so many occasions? Here's the last one. It has all the trimmings: "celibacy", "spirituality", "enlightenment", etc.

Mysterious Buddhist Retreat in the Desert Ends in a Grisly Death 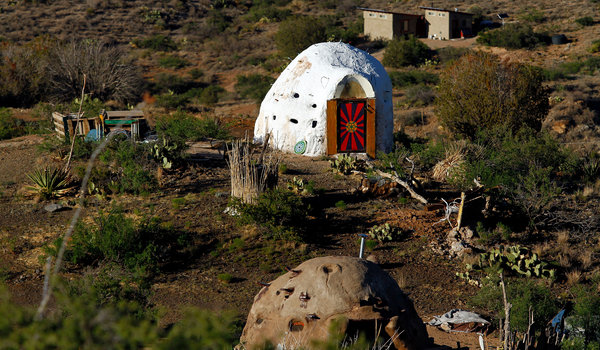 Christie McNally and her husband, Ian Thorson, were among 39 people who had been living in the huts here as part of an extended yoga retreat.

BOWIE, Ariz. — The rescuers had rappelled from a helicopter, swaying in the brisk April winds as they bore down on a cave 7,000 feet up in a rugged desert mountain on the edge of this rural hamlet. There had been a call for help. Inside, they found a jug with about an inch of water, browned by floating leaves and twigs. They found a woman, Christie McNally, thirsty and delirious. And they found her husband, Ian Thorson, dead. 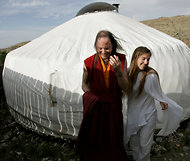 Christie McNally and Michael Roach, a Princeton-educated monk, were photographed in 2008 in Arizona, where they discussed living together in celibacy.

The puzzle only deepened when the authorities realized that the couple had been expelled from a nearby Buddhist retreat in which dozens of adherents, living in rustic conditions, had pledged to meditate silently for three years, three months and three days. Their spiritual leader was a charismatic Princeton-educated monk whom some have accused of running the retreat as a cult.

Strange tales come out of the American desert: lost cities of gold, bandit ambushes, mirages and peyote shamans. To that long list can now be added the story of the holy retreat that led to an ugly death.

The retreat — in which adherents communicate only with pen and paper — was designed to allow participants to employ yoga and deep meditation to try to answer some of life’s most profound questions. Mostly, though, it has only raised more questions.

Was it a genuine spiritual enclave? What happened to drive Ms. McNally and Mr. Thorson out of the camp and into the wilderness? And just why, in a quest for enlightenment, did Mr. Thorson, a 38-year-old Stanford graduate, end up dead, apparently from exposure and dehydration, in a remote region of rattlesnakes and drug smugglers?

When Ms. McNally and Mr. Thorson left the retreat on Feb. 20, after having participated for one year and one month, she had been its leading teacher. The monk who ran the retreat, Michael Roach, had previously run a diamond business worth tens of millions of dollars and was now promoting Buddhist principles as a path to financial prosperity, raising eyebrows from more traditional Buddhists.

He had described Ms. McNally for a time as his “spiritual partner,” living with him in platonic contemplation. What the other participants did not know is that before she married Mr. Thorson, Ms. McNally had been secretly married to Mr. Roach, in stark violation of the Buddhist tradition to which he belongs.

Even the manner in which Ms. McNally and Mr. Thorson left the retreat adds a fresh turn to an already twisty tale. It came days after she made a startling revelation during one of her lectures: she said that Mr. Thorson had been violent toward her, and that she had stabbed him, using a knife they had received as a wedding gift.

The authorities do not suspect foul play in Mr. Thorson’s death. Still, the events at Diamond Mountain University, as the place that hosts the retreat is known, have pried open the doors of an intensely private community, exposing rifts among some of Mr. Roach’s most loyal followers and the unorthodoxy of his practices.

In an interview, Matthew Remski, a yoga teacher from Toronto who unleashed a storm online after posting a scathing critique of Mr. Roach after Mr. Thorson’s death, described Mr. Roach as a “charismatic Buddhist teacher” whom he used to respect until his popularity “turned him into a celebrity” whose inner circle was “impossible to penetrate.”

Others spoke of bizarre initiation ceremonies at Diamond Mountain. Sid Johnson, a former volunteer who also served on its board of directors, said his involved “kissing and genital touching.” Ekan Thomason, a Buddhist priest who graduated from a six-year program there, said hers included drawing blood from her finger and handling a Samurai sword, handed to her by Ms. McNally.

“Should a Buddhist university really be doing such things?” Ms. Thomason asked.

it was the buddhist teachings the idea of kamikaze came from.

No! It came from the warriors code called Bushido.

Bushidō , meaning "Way of the Warrior", is a Japanese word for the way of the samurai life, loosely analogous to the concept of chivalry. It originates from the samurai moral code and stresses frugality, loyalty, martial arts mastery, and honour unto death.