Randall Smith commented on Hope's group Imagine No Organized Religion
"Thanks for sharing some of your memories, Joan, albeit sometimes not so "fond"…"
17 minutes ago

Joan Denoo commented on Hope's group Imagine No Organized Religion
"You make an excellent point, Mrs. B. "
4 hours ago

Joan Denoo commented on Loren Miller's group Quote Of The Day
"I did a DuckDuckGo search for Carlespie Mary Alice McKinney and found this:  The Secret…"
5 hours ago

Mrs.B commented on Hope's group Imagine No Organized Religion
"No, glorifying war is not something I willingly want to see. The way humans treat fellow humans is…"
6 hours ago

Joan Denoo commented on Hope's group Imagine No Organized Religion
"Chris B., I have 85 years of memories and the spirit of adventure. Couple these with a profound…"
6 hours ago

Joan Denoo commented on Hope's group Imagine No Organized Religion
"Obviously, Religion, gods, dogmas, and litanies grow out of the imagination of human beings. The…"
6 hours ago

Joan Denoo commented on Hope's group Imagine No Organized Religion
"Loren, I just now watch the MASH video you included and could not help but start crying. The year…"
7 hours ago

Chris B commented on Hope's group Imagine No Organized Religion
"I love your memories, Joan!"
8 hours ago

Chris B commented on Loren Miller's group Quote Of The Day
"Poor fox..."
8 hours ago

Doone commented on A Former Member's group Animal | Vegetable | Mineral | Fungus
"Artist's impression of a female Maiacetus and her newborn pup. Also known as the 'walking…"
10 hours ago

Mrs.B commented on Hope's group Imagine No Organized Religion
"Which is why I don't care for programs concerning war....it's not entertainment to me."
12 hours ago

Joan Denoo commented on Hope's group Imagine No Organized Religion
"In 1966, I think it was, Don, my dentist husband, who was in Viet Nam in a battlefield hospital…"
13 hours ago

It is the Season of the Lists again, and in the spirit of the holidays, here's a peek at SAS's list of the most scientifically damaging notable persons of the year. Sadly, these people have enormous reach in the public and their ignorant nonsense amounts to actual social pollution.

Each year around Christmas, a campaign comes forward and lists the top celebrity abuses against science for the year. And in 2012 there has been no shortage of scientific abuse by notable personalities. This year’s top offenders, highlighted by the charity Sense About Science (SAS), include The X Factor judge Simon Cowell, Mad Men actress January Jones and ex-presidential candidate Mitt Romney. 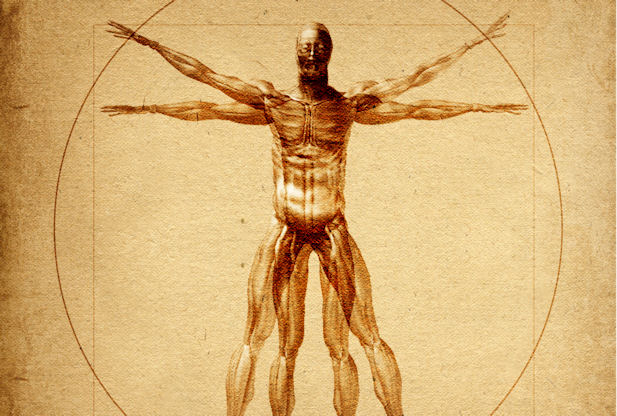 SAS each year records the silly scientific things celebrities say and do with the hope of getting future celebrities to think twice before making pseudoscientific claims that nine times out of ten trickle their way through the millions of fans who in the end pay the price. SAS invited qualified scientists to respond to some of the stranger fictional claims that made their way into popular media in 2012.

Cowell, who is no stranger to nonsensical wisdom, making the 2011 list, topped the 2012 list for employing someone to “heal” his home and also for carrying pocket-sized inhalable oxygen shots. January Jones also made the list for using dried placenta pills and British pop sensation Patsy Palmer for rubbing coffee granules on her skin.

Other headlines in 2012 were Romney’s wonderment of why airplane staff doesn’t just open windows when there is a fire on board and Michael Phelps’ unjust claims about peeing in the pool.

“Unfortunately, Mitt, opening a window at height wouldn’t do much good,” the scientist said. “In fact, if you could open a window whilst in flight, the air would rush out…because air moves from the high pressure cabin to the lower pressure outside, probably causing further injury and damage.”

As for dried placenta pills, which Jones claimed gave her a health boost after giving birth, there is nothing nutritionally valuable in them, according to Catherine Collins, principal dietician at St George’s Hospital in London.

“Apart from iron, which can be easily found in other dietary choices or supplements, your placenta will provide toxins and other unsavory substances it had successfully prevented from reaching your baby in utero,” she added.

In response to Phelps’s claim that peeing in the pool is fine because “chlorine kills it,” biochemist Stuart Jones reminded him, and the world, that “urine is essentially sterile so there isn’t actually anything to kill in the first place.”

As for Cowell’s oxygen shots, Kay Mitchell, a scientist at the Centre for Altitude Space and Extreme Environment Medicine warns that very high levels of oxygen can in fact be toxic—particularly in the lungs, where oxygen levels are highest.

And when it comes to healing his house, Cowell told his Twitter follower that it “brings good energy.”

But Professor Richard Wiseman had this to say: “There really isn’t any evidence that anyone can ‘heal’ your house, Simon. Normally house healers say a few prayers and occasionally explain how re-arranging things will help the energy flow through your property. This might make you feel less anxious and so feel better, but it’s a lot of money to pay for a placebo and a bit of furniture shifting.”

Also making the 2012 list were a host of sports notables who were seen wearing Kinesio colored sports tape, which claims to help mend injuries. But there is no scientific evidence to back up those claims.

Goldie Hawn made the list thanks to her support for an education program that aims to increase children’s emotional wellbeing with lessons about the brain. She said: “Discovering the mechanics of the brain helps children understand where their emotions come from… It effectively puts them in control of the way they respond to the outside world.”

But one scientist noted that understanding how the brain works does no better at teaching kids about emotions than understanding the chemical makeup of a ball to help them kick it better.

Tracey Brown, managing director for SAS, said: “Celebrity comments travel far and fast, so it’s important that they talk sense… The implausible and frankly dangerous claims about how to avoid cancer, improve skin or lose weight are becoming ever more ridiculous. And unfortunately they have a much higher profile than the research and evidence.”

To help encourage better vigilance among celebrity pseudo-scientists in the future, SAS provided a list of “misleading science claims” that should be avoided. This includes immune boosting, detoxing, oxygenating, and cleansing. Your body has natural elements that take care of all these issues for you and using products to enhance these effects are usually unfounded and unnecessary. Another claim that should be avoided revolves around superfoods—SAS says there is no such thing as superfoods, food is food.