Mrs.B commented on Julien's group The Music Box
"No clue, but loved the sound."
17 hours ago

Stephen commented on Julien's group The Music Box
"I wonder if he composed the piece beforehand or just created as he went along? But your right it is…"
17 hours ago

Mrs.B commented on Julien's group The Music Box
"Love this...."
18 hours ago 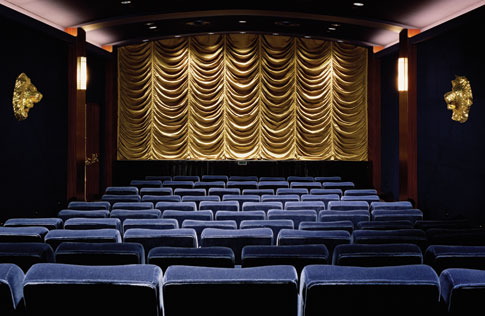 There are many outstanding documentaries, lectures and videos being produced that are concerned with our current methods of food production, factory animal farming, animal rights, organic vegetarian diets, and overfishing our oceans, to name just a few topics that would interest those concerned with their health, the health of our planet and all life on it.

and those films that look promising.

I just adore Peter Singer, author of Animal Liberation.  He is definitely one of my heroes.  This is an interesting interview that you should find worth your time and attention.

This footage was shot with the intention of editing for a television program. What you see here is the full extended interview, which includes a lot of rough camera transitions that were edited out of the final program (along with a lot of content).

Another worthwhile lecture by Peter Singer.

Peter Singer: "The Ethics of What We Eat"

Dec 14, 2009 - Professor of Bioethics at Princeton University and professor at the Centre for Applied Philosophy and Public Ethics at the University of Melbourne, Peter Singer takes a hard look at the food we eat, where it comes from, and how it is produced.

The Millions Against Monsanto campaign took action across the country on March 26 2011. Protests will continue, leading up World Food Day, which will be the largest day of action in US history on October 16th, 2011. Organize an action in your local area today! Contact the OCA for more information or visit www.millionsagainstmonsanto.com

a big thanks to Orchard Lounge for the music 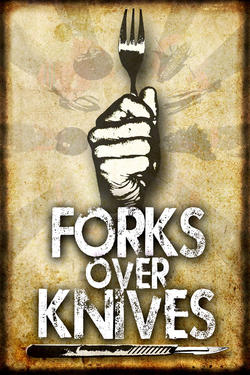 Last night my lovely wife and I went to a screening of the new Vegan-friendly documentary (or “whole foods plant-based diet,” that is) Forks Over Knives. We had previously been enlightened by such other documentary charmers as “Food Matters” and “Food Inc.” which advocate similar principles. Documentaries that we watched while eating ice cream from cereal bowls with soup spoons, I assure you. Anyways, we thought that we’d check out Forks Over Knives to see if it had the same profound effect. Plus, it felt like an appropriate activity for us ambitious Seattleites. We wore our Keens there and snuck in some sliced canteloupe.

The movie chronicles a few different storylines as every documentary does. The stories follow a scientific track and more of an anecdotal one, the first that addresses the idea that meat and dairy can cause or at least increase the growth rate of cancer, and the second that shows changes in chronic illnesses that plague American society.

The more scientific track follows the studies of two doctors, both who advocate whole food plant-based diets, both who grew up on dairy farms. They both have names, I am sure, but I don’t remember them. Next time I’ll bring a note pad. They conducted extensive research on lab rats (or mice? Whatever they are, I don’t think that we can eat them on a whole foods plant-based diet) and found a strong connection between the increase in cancer growth rates and high levels of animal-based protein ingestion. Similarly, they tracked cancer rates in global communities and saw clear evidence that places that have accepted a western diet have high rates of cancer deaths. They also draw some interesting conclusions beyond cancer, such as the western diet being the cause of osteoporosis and erectile dysfunction, the two things that strike most fear in the hearts of elderly women and men (accordingly?).

The anecdotal track follows a few unique cases of folks suffering with chronic illnesses such as Type 2 Diabetes, asthma, heart disease, high blood pressure, etc. who go to an alternative health practitioner who cures chronic illness by eliminating medications taken and teaching patients how to eat plants and cut out meats, dairy and all processed food. The results were astounding, although the diet was also accompanied by exercise and a camera crew, which will whip anyone into shape independent of diet. But really – some inspiring results in terms of blood pressure, resting heart rate, cholesterol levels, etc. It makes you wonder how many of the problems of American society are directly a result of Hostess Cupcakes’ introduction into our cupboards, not to mention Ding Dongs.

As a side note, I have not eaten meat in about 6 or 7 weeks except for having a few slices of prosciutto on a pizza and accidentally getting caught up in the moment of a Mariner’s game and eating a cheeseburger. Over that time, I have lost 15 pounds. I wouldn’t say there is a noticeable difference in the way I feel or the amount of energy I have, etc, but I think it proves there is some merit to what Forks Over Knives is advocating. You know, if the millions of data points collected for the movie weren’t enough, though I’d throw in data point number million and one. And in that time, my wife has made some of the best food I have ever eaten. Ever.

Just CLICK on the Image Below to Watch This Trailer on the Movie's Web-page! Check Out the Book HERE:

Best Speech You Will Ever Hear - Gary Yourofsky

Uploaded by TheAnimalHolocaust on Dec 22, 2010

Gary Yourofsky's entire inspirational speech on animal rights and veganism held at Georgia Tech in summer of 2010. Listen to this amazing speaker who will blow away the myths, fill your mind with interesting facts, and help you make ethical choices for a healthy heart and soul. His charismatic preachy style is one of a kind - a must-see for anyone who cares about nonhuman animals or wishes to make the world a better place.

PLEASE SHARE this brilliant speech in any way you can.
Thank you.

Why you should share this speech in any way you can?
The amount of positive responses Gary gets from the students says it all:
http://www.adaptt.org/comments-students.html

The Q&A session can be seen here:
http://www.youtube.com/watch?v=WIkC4OJEx3c

Celebrated novelist Foer (Extremely Loud and Incredibly Close, 2005, etc.) examines the ethics and practical realities of eating things with faces. The book is a surprising but characteristically brilliant memoir-investigation, boasting an exhaustively-argued account of one man's decade-long struggle with vegetarianism. On the eve of becoming a father, Foer takes all the arguments for and against vegetarianism a neurotic step beyond and, to decide how to feed his coming baby, investigates everything from the intelligence level of our most popular meat providers-cattle, pigs, and poultry-to the specious self-justifications (his own included) for eating some meat products and not others. Foer offers a lighthearted counterpoint to his investigation in doting portraits of his loving grandmother, and her meat-and-potatoes comfort food, leaving him to wrestle with the comparative weight of food's socio-cultural significance and its economic-moral-political meaning. Without pulling any punches-factory farming is given the full expose treatment as well. Foer combines an array of facts, astutely-written anecdotes, and his furious, inward-spinning energy to make a personal, highly entertaining take on an increasingly visible, moral question. (Review from Publishers Weekly)

Jonathan Safran Foer, author of Eating Animals, claims agribusiness is guilty of "the worst kind of manipulation." He says the lies range from leading people to believe there's a "well funded" anti-meat lobby to applying meaningless "free-range" labels to eggs.

Written with the verve readers know from his novels, Everything Is Illuminated and Extremely Loud and Incredibly Close, Jonathan Safran Foer's first nonfiction book -- Eating Animals -- grew out of his need to justify dietary decisions to his children.

A vegetarian and sometime vegan, Foer carefully examines the stories we tell ourselves about what we eat, considering notions of comfort, tradition, and culture. He blends his memories of the roles food played in his childhood with literary representations of meals; reviews various philosophies of food; and conducts his own investigations into factory farms. - Sixth and I Historic Synagogue

Jonathan Safran Foer is a novelist and short story writer whose works have appeared in the Paris Review, Conjunctions, The New York Times and The New Yorker. He is best known for his semi-autobiographical novel, Everything Is Illuminated.

Robyn shares her personal story and how it inspired her current path as a "Real Food" evangelist. Grounded in a successful Wall Street career that was more interested in food as good business than good-for-you, this mother of four was shaken awake by the dangerous allergic reaction of one of her children to a "typical" breakfast. Her mission to unearth the cause revealed more about the food industry than she could stomach, and impelled her to share her findings with others. Informative and inspiring.

Robyn authored "The Unhealthy Truth: How Our Food Is Making Us Sick and What We Can Do About It." A former Wall Street food industry analyst, Robyn brings insight, compassion and detailed analysis to her research into the impact that the global food system is having on the health of our children. She founded allergykidsfoundation.org and was named by Forbes as one of "20 Inspiring Women to Follow on Twitter." The New York Times has passionately described her as "Food's Erin Brockovich."

Michael Pollan is one of the nations leading writers and thinkers in this country on the issue of food. He is author of several books about food, including The Botany of Desire, The Omnivores Dilemma and his latest, In Defense of Food: An Eaters Manifesto. In light of what he calls the processed food industrys co-option of sustainability and its vast spending on marketing, Pollan advises to be wary of any food thats advertised.