Stephen Brodie commented on Adriana's group Freethought and Funny Bones
"That is funny Loren and I want to own one of those boxes. "
8 hours ago

Mrs.B commented on Hope's group Imagine No Organized Religion
"It's insulting."
9 hours ago

Mrs.B commented on Loren Miller's group Quote Of The Day
"And some of your governors demanding that our borders open!"
9 hours ago

Loren Miller commented on Adriana's group Freethought and Funny Bones
"I don't know whether or not any of you have ever run onto the "Useless Box" idea,…"
9 hours ago

Stephen Brodie commented on Hope's group Imagine No Organized Religion
""I love the poorly educated." Probably one of the most heinous remarks I've ever…"
11 hours ago

Loren Miller commented on Hope's group Imagine No Organized Religion
"Let's be real here. For the most part, "Godly Wisdom" = BULLSHIT, plain and simple.…"
16 hours ago

Loren Miller commented on Loren Miller's group Quote Of The Day
"... when people on the right talk about “freedom” what they actually mean is closer to…"
16 hours ago

Stephen Brodie commented on Loren Miller's group Quote Of The Day
"Nice one Joan, succinct and to the point as usual."
21 hours ago

"Richard, are you sure you are an atheist? Because you've got to expect some criticism for…"
21 hours ago

Joan Denoo commented on Loren Miller's group Quote Of The Day
"Terry, it is wonderful to see your post! I hope all is well with you.  I would reply to god,…"
22 hours ago

Terence Meaden commented on Loren Miller's group Quote Of The Day
"Very good Stephen, and I expect you know how Bertrand Russell responded if he found himself being…"
yesterday

Stephen Brodie commented on Loren Miller's group Quote Of The Day
"Apostate Prophet If I die, and Islam turns out to be true, and I stand before Allah, I will say…"
yesterday

What Counts as Knowledge today?

Do you grasp "knowledge" and "education" in the greater context of our degrading culture, or still use these words as if their fixed traditional definitions were adequate? Sample Henry A. Giroux's thought-provoking article, Threat of Authoritarianism Is No Longer on the Horizon: It’s Arrive... 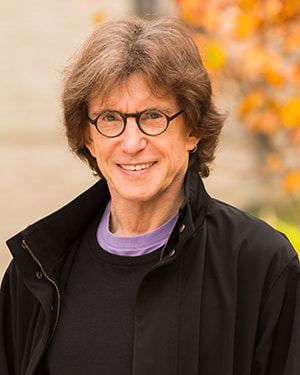 … the United States is now hostage to a culture of immediacy driven by social media. Knowledge now begins with tweets, Facebook postings and endless streams of selfies on Instagram. Many Americans no longer read, choosing instead to scan selected bits of information, disconnected from broader narratives.

Under the rule of corporate controlled power, the apparatuses of social media often strip knowledge of any substantive context and accelerate time at a pace that prevents both contemplation and experience from crystalizing into a politics of thoughtfulness and responsibility. Ideas, values, and ideologies that offer a sense of critical agency and civic and social imagination have no room in a society in which reason, truth, science and informed judgments are viewed with contempt. Destabilized perceptions and normalized fictions have now become the dominant currency of politics.

As Wendy Brown observes, democracy … “may not demand universal political participation, but it cannot survive the people’s wholesale ignorance of the forces shaping their lives and limning their future.”

Under Trumpism, education has become an animating principle of violence, revenge, resentment and victimhood as a privileged form of identity. Political illiteracy has moved from the margins to the center of power and is now a crucial project that the Republican Party wants to impose on the wider public.

… reject the dystopian, anti-intellectual and racist vision at work under Trumpism and its underlying racist currents, its thrill for authoritarian violence, and its grotesque contempt for democracy. [emphasis mine]