Loren Miller commented on Loren Miller's group Quote Of The Day
"I see Atheists are fighting and killing each other again, over who doesn't believe in any God…"
7 hours ago

Stephen Brodie commented on Randall Smith's group Just sports stuff.
"Yes Randall Chelsea have reached both the national FA Cup final and the best is they have…"
22 hours ago

Reason Seen More as Weapon Than Path to Truth

For centuries thinkers have assumed that the uniquely human capacity for reasoning has existed to let people reach beyond mere perception and reflex in the search for truth. Rationality allowed a solitary thinker to blaze a path to philosophical, moral and scientific enlightenment.

Now some researchers are suggesting that reason evolved for a completely different purpose: to win arguments. Rationality, by this yardstick (and irrationality too, but we’ll get to that) is nothing more or less than a servant of the hard-wired compulsion to triumph in the debating arena. According to this view, bias, lack of logic and other supposed flaws that pollute the stream of reason are instead social adaptations that enable one group to persuade (and defeat) another. Certitude works, however sharply it may depart from the truth.

The idea, labeled the argumentative theory of reasoning, is the brainchild of French cognitive social scientists, and it has stirred excited discussion (and appalled dissent) among philosophers, political scientists, educators and psychologists, some of whom say it offers profound insight into the way people think and behave. The Journal of Behavioral and Brain Sciences devoted its April issue to debates over the theory, with participants challenging everything from the definition of reason to the origins of verbal communication.

“Reasoning doesn’t have this function of helping us to get better beliefs and make better decisions,” said Hugo Mercier, who is a co-author of the journal article, with Dan Sperber. “It was a purely social phenomenon. It evolved to help us convince others and to be careful when others try to convince us.” Truth and accuracy were beside the point.

Permalink Reply by Adriana on June 29, 2011 at 9:28am
Massimo Pigliucci did think much of Mercier's article, and he applies some critical thinking skills to it. Read the whole blog post, he makes many good posts. Disclaimer: I met Massimo at one of his Dinner and Philosophy events a few weeks ago, and I like how he forces people to think; I don't always agree with Massimo but besides teaching a critical thinking class in college, he also practices what he teaches. 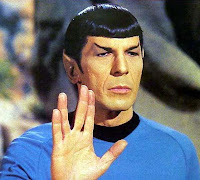 A recent paper on the evolutionary psychology of reasoning has made mainstream news, with extensive coverage by the New York Times, among others. Too bad the “research” is badly flawed, and the lesson drawn by Patricia Cohen’s commentary in the Times is precisely the wrong one.
Readers of this blog and listeners to our podcast know very well that I tend to be pretty skeptical of evolutionary psychology in general. The reason isn’t because there is anything inherently wrong about thinking that (some) human behavioral traits evolved in response to natural selection. That’s just an uncontroversial consequence of standard evolutionary theory. The devil, rather, is in the details: it is next to impossible to test specific evopsych hypotheses because the crucial data are often missing. The fossil record hardly helps (if we are talking about behavior), there are precious few closely related species for comparison (and they are not at all that closely related), and the current ecological-social environment is very different from the “ERE,” the Evolutionarily Relevant Environment (which means that measuring selection on a given trait in today’s humans is pretty much irrelevant).
That said, I was curious about Hugo Mercier and Dan Sperber’s paper, “Why do humans reason? Arguments for an argumentative theory,” published in Behavioral and Brain Sciences (volume 34, pp. 57-111, 2011), which is accompanied by an extensive peer commentary. My curiosity was piqued in particular because of the Times’ headline from the June 14 article: “Reason Seen More as Weapon Than Path to Truth.” Oh crap, I thought.
Mercier and Sperber’s basic argument is that reason did not evolve to allow us to seek truth, but rather to win arguments with our fellow human beings. We are natural lawyers, not natural philosophers. This, according to them, explains why people are so bad at reasoning, for instance why we tend to fall for basic mistakes such as the well known confirmation bias — a tendency to seek evidence in favor of one’s position and discount contrary evidence that is well on display in politics and pseudoscience. (One could immediately raise the obvious “so what?” objection to all of this: language possibly evolved to coordinate hunting and gossip about your neighbor. That doesn’t mean we can’t take writing and speaking courses and dramatically improve on our given endowment, natural selection be damned.)
The first substantive thing to notice about the paper is that there isn’t a single new datum to back up the central hypothesis. It is one (long) argument in which the authors review well known cognitive science literature and simply apply evopsych speculation to it. If that’s the way to get into the New York Times, I better increase my speculation quotient.
Read the rest here.

Anyway, I think Massimo illustrate the problem with this kind of speculative articles in this paragraph:

There also seems to be a basic logical flaw in the authors’ argument. When, for instance, they say: “in most discussions, rather than looking for flaws in our own arguments, it is easier to let the other person find them and only then adjust our arguments, if necessary.” That may very well be true, but wouldn’t that select for better and better ways to spot bad arguments in other people’s reasoning? And wouldn’t that lead to the evolution of near-perfect logicians? You see how easy it is to spin evopsych scenarios?

Everyone likes to win arguments but if it was just that, we wouldn't have come up with many advances in science and technology, if we weren't also seeking the "truth", and here I'm using the word truth to describe the real world and its properties.

Permalink Reply by Sydni Moser on June 29, 2011 at 9:41am
You and I were posting this rebuttal at the very same time.  Hahaha  I'll delete mine.

Think of the American judicial system, in which the prosecutors and defense lawyers each have a mission to construct the strongest possible argument.

So true! Because lawyers would never try to appeal to a jurists emotions, sentiments, or prejudices!

To Ms. Narvaez, “reasoning is something that develops from experience; it’s a subset of what we really know.” And much of what we know cannot be put into words, she explained, pointing out that language evolved relatively late in human development.

I think we need to draw a distinction between honest reasoning and motivated rationalizing. Most people engage in the latter.

How, then, do the academics explain the endless stalemates in Congress? “It doesn’t seem to work in the U.S.,” Mr. Mercier conceded.

Permalink Reply by A Former Member on June 29, 2011 at 10:51am
Adriana, do you have the orignal PDF paper? I can't find my copy and the site won't let me download it. Can you email it to me?

Unfortunately, I don't have access to that journal. It's very specialized on behavior. I only see the abstract:

Why Do Humans Reason? Arguments for an Argumentative Theory


affiliation not provided to SSRN

Abstract:
Reasoning is generally seen as a means to improve knowledge and make better decisions. However, much evidence shows that reasoning often leads to epistemic distortions and poor decisions. This suggests that the function of reasoning should be rethought. Our hypothesis is that the function of reasoning is argumentative. It is to devise and evaluate arguments intended to persuade. Reasoning so conceived is adaptive given the exceptional dependence of humans on communication and their vulnerability to misinformation. A wide range of evidence in the psychology of reasoning and decision making can be reinterpreted and better explained in the light of this hypothesis. Poor performance in standard reasoning tasks is explained by the lack of argumentative context. When the same problems are placed in a proper argumentative setting, people turn out to be skilled arguers. Skilled arguers, however, are not after the truth but after arguments supporting their views. This explains the notorious confirmation bias. This bias is apparent not only when people are actually arguing but also when they are reasoning proactively from the perspective of having to defend their opinions. Reasoning so motivated can distort evaluations and attitudes and allow erroneous beliefs to persist. Proactively used reasoning also favors decisions that are easy to justify but not necessarily better. In all these instances traditionally described as failures or flaws, reasoning does exactly what can be expected of an argumentative device: Look for arguments that support a given conclusion, and, ceteris paribus, favor conclusions for which arguments can be found.

Permalink Reply by A Former Member on June 29, 2011 at 11:36am
Well, I downloaded it from the site at some point, becasue I have a print out of it. I wanted to crosspost the PDF though, and I can't find it and I can't download it again. I'll just scan it in I guess. It won't be as nice as the original, but it will work. Thanks. I also can't find doone's original post on it. Maybe that is where I got it, I'm not sure, but his post seems to be gone. Maybe he got in trouble with the copyright?

Permalink Reply by Adriana on June 29, 2011 at 11:47am
I have no idea. It clearly can't be downloaded for free now. They must have changed something in the journal. The article seems to be a discussion of ideas more than addition of further evidence or data. Maybe the authors just like winning arguments :-)