Stephen Brodie commented on Sydni Moser's group Coffee Break
"I know yeah. The British are encouraged to turn on people who believe in fairness and decency…"
9 hours ago

Stephen Brodie commented on A Former Member's group CRITICAL THINKING
"Kurt now that's a hard one to answer. Our only hope I think is to teach our children not…"
9 hours ago

Loren Miller commented on Loren Miller's group Quote Of The Day
"No one can sit at the bedside of a dying child and still believe in God. -- Bertrand Russell No…"
19 hours ago

It talks about how people "use the same parts of their brain when considering God's will and their own opinions", as shown in fMRI scans.

"Relying on a deity to guide one's decisions and judgments is little more than spiritual sockpuppetry." 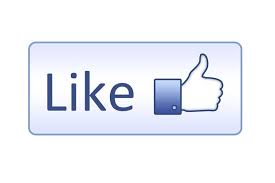 Creating gods is one of the easiest things i have discovered. More often than not, a sick imagination or a hyper active one is all you need. Think of Ron Hubbard with his Scientology or Smith with his stones and all. The next process is to get a few people to believe your con game and you are in business for long

It seems to me that what you need, more than any other element, is a credulous audience, one which will tend to swallow what you have whole, without excessive (if any!) examination.  It helps if they're SCARED, too; that makes them even more vulnerable and open to suggestion.

Having one or two people considered respectable to believe in your BS works a long way to get things moving.

Take those signatories to Smith's stones or the disciples of MAry Baker or whatever her name was who came up with the Church of Christ, Scientist

I couldn't agree with you more.

My wife and I love cats too:

English scientist Julian Huxley (1887-1975) famously observed that: “Operationally, God is beginning to resemble not a ruler but the last fading smile of a cosmic Cheshire Cat.”