Mrs.B commented on Sydni Moser's group Coffee Break
"That phrase has become one of THE most ridiculous set of three words I've ever heard!"
2 hours ago

Loren Miller commented on Loren Miller's group Quote Of The Day
"One last word about Amazing Grace: I HATE the lyrics ... and I mean HATE. All the yap about…"
6 hours ago

Loren Miller commented on Loren Miller's group Quote Of The Day
"I've made this observation before, but I think it's on point: There are people who have…"
8 hours ago

Ian Mason commented on Sydni Moser's group Coffee Break
"The right-wing in the US wants to ban abortions, not so there will be more children to adopt but to…"
10 hours ago

Stephen Brodie commented on Sydni Moser's group Coffee Break
"I hope I'm wrong, but just heard that the Texas shooting is the 24 school shooting this year"
11 hours ago

Mrs.B commented on Sydni Moser's group Coffee Break
"I think the US should stop having children & just shoot at each other."
12 hours ago

Onyango M commented on Sydni Moser's group Coffee Break
"The case of mass shootings in America is beyond belief. That they are not doing much to address it…"
13 hours ago

Stop by with you cup of coffee, shoot the breeze, take a break and just unwind. Have a good joke to…See More
13 hours ago
3633 Comments 4 Likes

Onyango M commented on Loren Miller's group Quote Of The Day
"Joan, you and I together. I enjoy Andre Rieu's redention of nearer to thee my god and some…"
13 hours ago

RichardtheRaelian left a comment for Demy
""Happy Birthday!""
15 hours ago

Joan Denoo commented on Loren Miller's group Quote Of The Day
"OK! I strongly agree that I am not a wretch, even as I confess that I am a musical illiterate. I…"
15 hours ago

Mrs.B commented on Sydni Moser's group Coffee Break
"Yes, Rick was just reading it on his news headlines. It's never going to stop."
19 hours ago

Loren Miller commented on Loren Miller's group Quote Of The Day
"Joan, I so associate the melody line with the lyrics as regards those songs that disassociation for…"
21 hours ago

Joan Denoo commented on Loren Miller's group Quote Of The Day
"Loren, thanks; I like "Atheists don't have no songs.""
23 hours ago

Joan Denoo commented on Loren Miller's group Quote Of The Day
"Loren, you missed my point, I disagree with the lyrics of these songs and find them repugnant, as I…"
23 hours ago

Lately I have noted an increase in rants, diatribes, and otherwise potent and declamatory statements by Democrats, in the defense of the LGBTQ+ community, responding to overblown claims about Critical Race Theory being taught in schools, and about the supposed “sexual grooming” of children by supposedly “progressive” adults.  I am mightily pleased to see such statements coming out, and I believe that, in the face of the increasing and varied madness being expressed by Trump right wingers, such expressions are essential counter-punches to their lies.

In line with that, allow me to submit the following.  Recently, Michigan State Senator Lana Theis accused Michigan State Senator Mallory McMorrow of grooming and sexualizing children in an attempt to marginalize her for standing up against her marginalizing the LGBTQ community...in a fundraising email, for herself.  Senator McMorrow decided to rebut Senator THeis' statement on the State Senate floor, and she did so brilliantly.  I submit her statement for your consideration:

And for those of you who cannot see the video, here is a transcript of her speech:

I didn’t expect to wake up yesterday to the news that the senator from the 22nd district had, overnight, accused me by name of grooming and sexualizing children in an email, fundraising for herself. So I sat on it for a while wondering: Why me? And then I realized: Because I am the biggest threat to your hollow, hateful scheme. Because you can’t claim that you are targeting marginalized kids in the name of “parental rights” if another parent is standing up to say no.

So then what? Then you dehumanize and marginalize me. You say that I am one of them. You say: She’s a groomer. She supports pedophilia. She wants children to believe they were responsible for slavery and to feel bad about themselves because they’re white.

Well, here’s a little bit of background about who I really am: Growing up, my family was very active in our church. I sang in choir. My mom taught CCD. One day, our priest called a meeting with my mom and told her that she was not living up to the Church’s expectations, and that she was disappointing. My mom asked why. Among other reasons, she was told it was because she was divorced, and because the priest didn’t see her at mass every Sunday.

So where was my mom on Sundays? She was at the soup kitchen. With me.

My mom taught me at a very young age that Christianity and faith was about being part of a community, about recognizing our privilege and blessings and doing what we can to be of service to others—especially people who are marginalized, targeted, and who had less, often unfairly.

I learned that service was far more important than performative nonsense like being seen in the same pew every Sunday or writing “Christian” in your Twitter bio and using that as a shield to target and marginalize already-marginalized people.

I also stand on the shoulders of people like Father Ted Hesburgh, the longtime president of the University of Notre Dame, who was active in the Civil Rights movement, who recognized his power and privilege as a white man, a faith leader, and the head of an influential and well-respected institution, and who saw Black people in this country being targeted and discriminated against, and beaten, and reached out to lock arms with Dr. Martin Luther King when he was alive, when it was unpopular and risky, and marching alongside them to say, “We’ve got you,” to offer protection and service and allyship, to try to right the wrongs and fix injustice in the world.

So who am I? I am a straight, white, Christian, married, suburban mom who knows that the very notion that learning about slavery or redlining or systemic racism somehow means that children are being taught to feel bad or hate themselves because they are white is absolute nonsense.

We are not responsible for the past. We also cannot change the past. We can’t pretend that it didn’t happen, or deny people their very right to exist.

I am a straight, white, Christian, married, suburban mom. I want my daughter to know that she is loved, supported, and seen for whoever she becomes. I want her to be curious, empathetic, and kind. People who are different are not the reason that our roads are in bad shape after decades of disinvestment, or that healthcare costs are too high, or that teachers are leaving the profession.

I want every child in this state to feel seen, heard, and supported, not marginalized and targeted because they are not straight, white, and Christian.

We cannot let hateful people tell you otherwise, to scapegoat and deflect from the fact that they’re not doing anything to fix the real issues that impact people’s lives.

And I know that hate will only win if people like me stand by and let it happen.

So I want to be very clear right now: Call me whatever you want. I hope you brought in a few dollars. I hope it made you sleep good last night.

I know who I am. I know what faith and service means—and what it calls for in this moment. We will not let hate win.

That, Loren, is quite a response

It sure is, and I hope it sets a pattern for many more in the future.  The Democratic party of the United States is light-years from being perfect, but it has the relative virtue of NOT having gone as totally off the rails as the Republicans have, with this “grooming” nonsense.  The GOP needs to be called on this, repeatedly and consistently, until they recognize that their bullshit hasn't sold, isn't selling, and won't sell from this moment onward.

And their crap won't stop until WE put a stop to it.

It does seem from where I sit, and this could be coloured by the media I am exposed to, that the base of GOP seem to have bought those lines and are fine with it. And so you have a race to who can be the vilest or sink the lowest.

Superb speech. Saying what needs to be said

Hate is not a villain. It all depends on WHAT is being hated.

We need to hate assaults on human rights. That is a prerequisite to destroying them.

That is what assures us of the victory of humanism over the intolerance of religion and the autocracy of fascism. 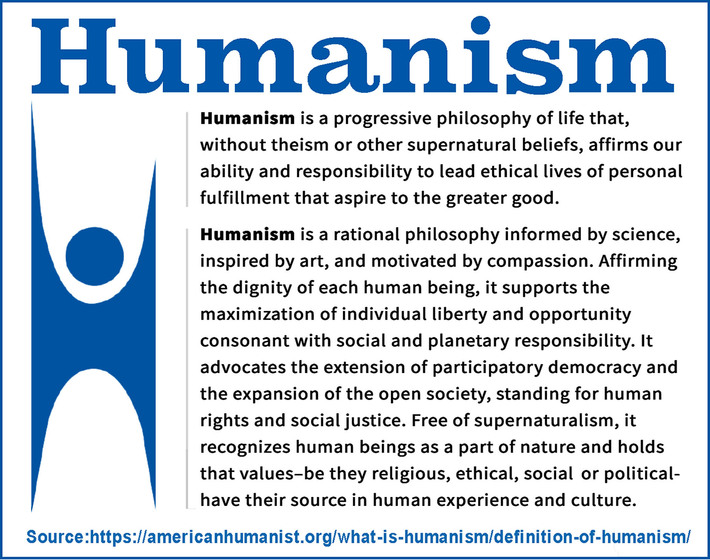