The Truth About Cannabis That The Independent Refuses To Print. 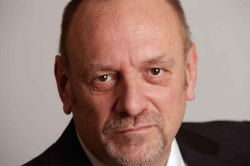 After the disgraceful misinformation and false science about cannabisprinted in The Independent last week, I made direct contact with Chris Blackhurst the editor. He was gracious enough to invite me to submit an article or a letter for publication and so I set to and turned round 700 words in just a couple of hours.

Immediately the attitude changed.  There was no courtesy, no more interest, my calls and emails weren’t returned.

The Independent’s anti-cannabis campaign last week breached theEditors’ Code repeatedly.  It published “inaccurate, misleading and distorted information”.  It failed entirely to “distinguish clearly between comment, conjecture and fact”. Actually it did exactly the opposite, deliberately confusing the three to scaremonger, sensationalise and mislead.

All this in the week when the Leveson report was published.  The Independent and all newspapers operate in brazen and blatant defiance of their spurious and insincere ‘self-regulation’.  It is a total failure and nothing but a licence for a corrupt press to print whatever it wants.

I am preparing a complaint to the Press Complaints Commission but I know what it will do.  It will do what it was designed for.  It will pay lip service to considering my complaint and then, instead of enforcing the Editors’ Code, it will find excuses for where it has been breached.

So here is the piece I wrote for The Independent.  It is the truth and it exposes the lies and deception that Mr Blackhurst printed last week.

Throughout the world, rates of schizophrenia and psychosis have been declining for the last 50 years. Simultaneously, consumption of cannabis has skyrocketed. It is also true that average THC levels in cannabis have increased two or three fold since the 1970s, although stronger varieties of cannabis have always been available.

So any suggestion that cannabis causes schizophrenia or psychosis just doesn’t add up. Neither does the scientific evidence support this.

Professor Sir Robin Murray is only one of many eminent scientists working in this field and he holds the most extreme opinion which is why Patrick Cockburn only adduces his words as evidence. Others interpret the evidence very differently:

“Cannabis has been used safely for many thousands of years…there have been concerted efforts to demonise the drug’s use.” - Professor Tim Kirkham, psychologist, Liverpool University.

“I don’t think it causes mental illness. I have never seen a case of so-called cannabis psychosis.” -  Dr Trevor Turner, former vice president of the Royal College of Psychiatrists.

Perhaps the most valuable study, specifically about schizophrenia, comes from the University of Bristol in 2009 (Hickman, Zammit and Lewis). It is a review of all published evidence so, by definition, not cherry picked. It acknowledges that no causal link can be shown so looks at the risk involved. It shows that to prevent one case of schizophrenia or psychosis you would have to stop 7500 heavy users or 30,000 light users ever using cannabis in their life.

The risks are therefore infinitesimally small. To put the whole debate in perspective, there are 750 hospital admissions each year for cannabis but 3000 for peanuts. We spend £500 million each year on the criminal justice system for cannabis alone when perhaps it would be better spent stamping out peanuts?

Of course if you make the comparison with alcohol the gap is even wider Over one million hospital admissions each year with around 47,000 for mental health issues and alcohol is proven to be a direct cause of psychosis. The facts are that anyone in Britain is six times more likely to experience mental health problems associated with alcohol than with cannabis.

The truth is perhaps best expressed by Professor Terrie Moffitt of the Institute of Psychiatry at King’s College who said in August 2012“cannabis is safe for over-18 brains but risky for under-18 brains”.

This highlights the real issue. The disastrous policy of prohibition followed by successive governments means that in Britain we have more children using cannabis and the lowest age at first use in Europe. Why? Because the only ID a dealer asks for is a £20 note.

We urgently need to introduce legal regulation of cannabis in order to protect children, fight crime and enable police to concentrate on real wrongdoing instead of crimes that only exist because of a misguided and failed government policy. The UK cannabis market is worth in excess of £6 billion per annum. We consume more than three tons of cannabis every single day. All this is in the hands of criminals at present. Under legal regulation it would create thousands of new jobs and new tax revenue which could be spent on drugs education as well as schools and hospitals.

Professor David Nutt said recently that a legally regulated cannabis market could lead to a 25% reduction in alcohol consumption which would transform public health. It is of course the alcohol industry which is behind the continuing prohibition of cannabis. It is terrified of a healthier and safer alternative to its poisonous products.

Most urgently we need to allow doctors to prescribe medicinal cannabis, the evidence for which is now overwhelmingly positive. Apart from France, Britain is the only country in Europe which denies this relief to sick and disabled people. Remarkably though, Britain is the only country in the world that has licensed a pharmaceutical company to grow huge quantities of cannabis to make the medicine called ‘Sativex’, even though the Home Office says “there is no medicinal value in cannabis”. Sativex is an extremely concentrated form of cannabis containing 51% THC. Strangely enough, there is no warning label on the bottles claiming that it may cause schizophrenia or psychosis.

It would seem that just putting those two facts side by side...