Stephen Brodie commented on Randall Smith's group Just sports stuff.
" Randall Chelsea has beaten the mighty Manchester City in the semi-final of the FA cup to…"
39 minutes ago

Mrs.B commented on Loren Miller's group Quote Of The Day
"Hahaha...."
7 hours ago

Grinning Cat commented on Loren Miller's group Quote Of The Day
""Some xians can't even get along with one another." ... (Tom's Doubts #14 by…"
7 hours ago

Mrs.B commented on Sydni Moser's group Coffee Break
"AZ isn't even on offer here for those over 65, & J&J isn't here until the end of…"
7 hours ago

Mrs.B commented on Loren Miller's group Quote Of The Day
"Some xians can't even get along with one another."
7 hours ago

Loren Miller commented on Loren Miller's group Quote Of The Day
"Of all religions the Christian is without doubt the one which should inspire tolerance most,…"
14 hours ago

Ian Mason commented on Sydni Moser's group Coffee Break
"No, we don't go spreading 'the word' but I think it's important to be visible…"
18 hours ago

Ian Mason commented on Sydni Moser's group Coffee Break
"I read that too, Stephen but further research indicates an unusual antibody reaction. It's…"
18 hours ago

Loren Miller commented on Sydni Moser's group Coffee Break
"NONE of us are Jehovah's Witlesses.  We are NOT proselytizers; we do NOT need the world…"
22 hours ago

Joan Denoo commented on Sydni Moser's group Coffee Break
"Chris B, i so hope your hearing aids work for you! The good news, you have a volume button; that…"
22 hours ago

Should five non-violent offenders die behind bars for a crime Americans increasingly believe should not even be a crime? 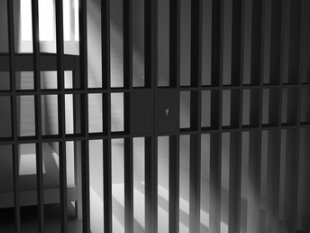 Right now, five adults await death in prison for non-violent, marijuana-related crimes. Their names are John Knock, Paul Free, Larry Duke, William Dekle, and Charles “Fred” Cundiff. They are all more than 60 years old; they have all spent at least 15 years locked up for selling pot; and they are all what one might call model prisoners, serving life without parole. As time wrinkles their skin and weakens their bodies, Michael Kennedy of the Trans High Corporation has filed a legal petition with the federal government seeking their clemency. Otherwise they will die behind bars for selling a drug 40% of American adults have admitted to using, 50% of Americans want legal, and two states have already legalized for adult use. Since these men were convicted of these crimes many years ago, public opinion and policy related to marijuana have shifted greatly. Should these five non-violent senior-citizen offenders die behind bars for a crime Americans increasingly believe should not even be a crime?

1. John Knock, 65, has been incarcerated for more than 16 years. The only evidence against him was the testimony of informants; Knock was convicted of conspiracy to import and distribute marijuana. The judge sentenced him to 20 years for money laundering plus not one, but two terms of life-without-parole -- a punishment typically reserved for murderers. Despite the uniquely unjust sentence, the 11th Circuit Court of Appeals and the U.S. Supreme Court denied his pleas for reconsideration via appeal or court order.

Waiting for death in jail, Knock suffers from chronic sinus problems linked to an untreated broken nose. Due to circulatory problems, one of his ankles swells to twice its size. Knock also suffers from what the legal petition called “untreated" hearing and vision problems. Easing some of his pain are visits from his family and his participation in prison programs. He has taught home building and physical education inside the prison that has become his home. According to the legal petition, he is assured employment and a home should his sentence be commuted.

2. Before he was incarcerated, Paul Free obtained a BA in marine biology and was starting a school while teaching English in Mexico. Now 62, he has continued his passion for education behind bars, where he has lived for the past 18 years. Free helps inmates prepare for the General Equivalency Diploma tests, and according to the petition, prison officials have applauded Paul’s hard work and his students’ high graduation rate. Paul suffers from degenerative joint disease, failing eyesight, sinus problems, and allergies, and he has had 11 skin cancers removed.