RichardtheRaelian left a comment for Demy
""Happy Birthday!""
45 seconds ago

Joan Denoo commented on Loren Miller's group Quote Of The Day
"OK! I strongly agree that I am not a wretch, even as I confess that I am a musical illiterate. I…"
30 minutes ago

Mrs.B commented on Sydni Moser's group Coffee Break
"Yes, Rick was just reading it on his news headlines. It's never going to stop."
4 hours ago

Loren Miller commented on Loren Miller's group Quote Of The Day
"Joan, I so associate the melody line with the lyrics as regards those songs that disassociation for…"
6 hours ago

Joan Denoo commented on Loren Miller's group Quote Of The Day
"Loren, thanks; I like "Atheists don't have no songs.""
8 hours ago

Joan Denoo commented on Loren Miller's group Quote Of The Day
"Loren, you missed my point, I disagree with the lyrics of these songs and find them repugnant, as I…"
8 hours ago

Loren Miller commented on Loren Miller's group Quote Of The Day
"The Christian god is a three headed monster; cruel, vengeful and capricious. If one wishes to know…"
17 hours ago

RichardtheRaelian left a comment for Jess
""Happy Birthday!""
23 hours ago

Waiting for the Rapture 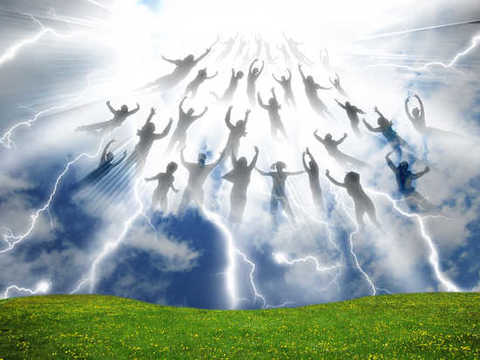 Welcome to the Crazy

In Texas there's a case going to the Supreme court about parents homeschooling their children, yet really aren't teaching them anything. The oldest daughter ran away so she could go to school, other family members turned in this couple for not educating their children.

This is what religion is, the gold standard of idiocy. Nothing in history has tried to keep us in the dark as religion would. Anything that subtracts from belief is evil, and belief is all that matters.

Texas has 300,000 or so home schooled kids; welcome to the next generation of stupid.

AUSTIN — Laura McIntyre began educating her nine children more than a decade ago inside a vacant office at an El Paso motorcycle dealership she ran with her husband and other relatives.

Now the family is embroiled in a legal battle the Texas Supreme Court hears Monday that could have broad implications on the nation’s booming home-school ranks. The McIntyres are accused of failing to teach their children educational basics because they were waiting to be transported to heaven with the second coming of Jesus Christ.

At issue: Where do religious liberty and parental rights to educate one’s children stop and obligations to ensure home-schooled students ever actually learn something begin?

Like other Texas home-school parents, Laura and Michael McIntyre weren’t required to register with state or local education officials. They also didn’t have to teach state-approved curriculums or give standardized tests.

But problems began when the dealership’s co-owner and Michael’s twin brother, Tracy, reported never seeing the children reading, working on math, using computers or doing much of anything educational except singing and playing instruments. He said he heard one of them say learning was unnecessary since “they were going to be raptured.”

Then, the family’s eldest daughter, 17-year-old Tori, ran away from home saying she wanted to return to school. She was placed in ninth grade, because officials weren’t sure she could handle higher-level work.

The El Paso school district eventually asked the McIntyres to provide proof that their children were being properly educated and even filed truancy charges that were later dropped. The family sued, and an appeals court ruled against them, but now the case goes to the all-Republican state Supreme Court.

In court filings, the McIntyres say the district is biased against Christians and accuse its officials of mounting a “startling assertion of sweeping governmental power.”

Most of her children are now grown, but Laura McIntyre is still home-schooling her youngest.

“We are definitely looking for a little clarification,” Laura McIntyre said briefly by phone. She, her husband and other relatives subsequently didn’t return messages seeking further comment.

McIntyre said in court filings that she used a Christian curriculum to home-school that was the same taught in the private El Paso religious schools her children attended before she began home-schooling them in 2004. She and her husband also say that a separate legal dispute between them and Tracy McIntyre for control of the now-defunct motorcycle dealership made him a biased witness.

Nearly half the states require some form of assessment of home-school students, usually by standardized tests or student portfolios. Less than a dozen require that home-school families record assessments with state agencies to ensure progress, said the Coalition for Responsible Home Education.

“Part of the problem is, on the political right they’ll remove oversight to score points with their base and there isn’t a strong enough opposition to that on the other side,” said Coleman, who was home-schooled in her native Indiana. “This happens especially in states where their legislatures are more conservative.”

But, depending on the outcome, the McIntyre case could change that.

“No parents have ever prevailed in any reported case on a theory that they have an absolute constitutional right to educate their children in the home,” 8th Court of Appeals Chief Justice Ann Crawford McClure wrote in ruling against the family last year.

AT A GLANCE: Home-schooling numbers and regulations

Between 2003 and 2012, the number of home-school students nationwide jumped by about a third to 1.7 million, now estimated at more than 3 percent of all students, according to the National Center for Educational Statistics.

The Texas Home School Coalition estimates 300,000 students are home-schooled in the state — more than one-sixth of the national total. No one knows for sure because Texas is one of 11 states that don’t require home-school families to register. And 14 states have no subject requirements for what’s taught.

In all, 24 states have rules that home-school children undergo some form of assessment, usually via standardized testing or portfolios of student work. But only nine mandate that home-school families turn in test scores or other assessments to state authorities to ensure student progress is made.

I am speechless. They don't educate their children because heaven! Really!

Where is the link Neal?

Recent news on this case.

I googled "Texas supreme court home schooling case" and saw several links. With my time limited right now, I followed a reliable-looking link and found that the Court had for procedural reasons ruled for the parents and sent the case back (remanded it) to a lower court for a further substantive ruling.

Don't conclude anything yet; the case is not settled. Remand is a device appellate courts use to tell a lower court to consider information it had not considered before someone appealed the lower court's ruling.

I'm bookmarking this thread so I can later look for more info. In the late 1960s, my wife taught in the Austin public schools and they were better than after the wackos took over the state. More later....

May 31, 2017 I just checked and found nothing more recent than my previous post.

Sarcastically, Betsy DeVos, the Secretary of Education will ensure American children are educated to the latest scientificic and philisophical standards the 1600's.   That's too gracefull. Educated children from the 1600's likely had higher achievement than those DeVos aims for.