Mrs.B commented on Loren Miller's group Quote Of The Day
"Disgust for the country is only growing. Back to the back alley abortions, self abortions,…"
19 minutes ago

Loren Miller commented on Loren Miller's group Quote Of The Day
"Obviously, without the right of women and men to make decisions about our own bodies, there is no…"
6 hours ago

Chris B replied to Loren Miller's discussion Life Is Precious . . . Unless It's Not (Betty Bowers) in the group Freethought and Funny Bones
"!"
13 hours ago

Ruth Anthony-Gardner replied to Loren Miller's discussion Life Is Precious . . . Unless It's Not (Betty Bowers) in the group Freethought and Funny Bones
""Unless you forgot to be White" made me laugh out loud. "
19 hours ago

The UN’s Silence on Discrimination and Violence Against Non-Believers

The UN seems to be weak in regards to basic human rights. While Blasphemy laws are debated constantly, basic freedoms of expression are ignored.

Note: the United Nations Human Rights Council this Friday will close its monthlong 22nd regular session in Geneva, Switzerland. Three secularist groups -- the Center for Inquiry, International Humanist and Ethical Union, and British Humanist Association -- have been active at the session, delivering statements and lobbying on issues such as freedom of conscience. CFI's main representative in Geneva is Dr. Elizabeth O'Casey. The following is a report from Ms. O'Casey regarding efforts by CFI and the IHEU to include in a resolution on freedom of religion or belief language referencing non-religious persons.

At the end of last week, the 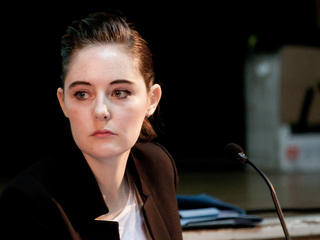 European Union (EU), supported by the South American group, tabled a resolution at the United Nations Human Rights Council (UNHRC) on Freedom of Religion or Belief. Now, whilst any resolution that highlights the importance of protecting every individual's right to freedom of religion or belief is always extremely welcome, what is shamefully inadequate about this resolution is that it expressly excludes any concern regarding discrimination and violence against non-believers.

I attended one of the informal consultation meetings on this resolution and argued for 'non-believers' as a category meriting explicit mention within the context of discrimination, particularly given the severity and breadth of such discrimination against non-believers and people of no religion around the world. In a follow-up email, sent on behalf of the Center for Inquiry (CFI) and the International Humanist and Ethical Union (IHEU), we suggested that a mention of non-believers might be included specifically in a paragraph on violence against individuals. Where the original paragraph expressed deep concern at "the increasing number of acts of violence, directed against individuals, including persons belonging to religious minorities," we thought it apposite to mention non-believers as amongst such persons.