RichardtheRaelian left a comment for Aiglentina A Lamontagne
""Happy Birthday!""
33 minutes ago

Chris B commented on Sydni Moser's group Coffee Break
"I love that one, Patricia! When you're trained in cap doffing and other servile habits,…"
45 minutes ago

Again, it seems to be an easy answer as to why atheists fight against religion. When you're talking freedom, it's a fight worth waging. 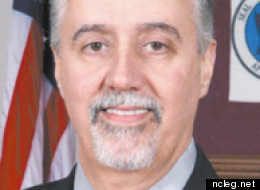 Republican North Carolina state legislators have proposed allowing an official state religion in a measure that would declare the state exempt from the Constitution and court rulings.

The bill, filed Monday by two GOP lawmakers from Rowan County and backed by nine other Republicans, says each state "is sovereign" and courts cannot block a state "from making laws respecting an establishment of religion." The legislation was filed in response to a lawsuit to stop county commissioners in Rowan County from opening meetings with a Christian prayer, wral.com reported.

The religion bill comes as some Republican-led states seek to separate themselves from the federal government, primarily on the issues of guns and Obamacare. This includes a proposal in Mississippi to establish a state board with the power to nullify federal laws.

I wonder what form of Christianity will be the "official" state religion.  I suggest that the religion be called SAS or Silly Ass Society.

Haha, I guess that should combine all of them?

So much for signing the constitution that governs  how the people and all level of governments  are suppose to act and is the cornerstone to the uniting of the individual states as one country not individual countries!

I'm sure the south would love to secede. Theocracy for all.