Chris B commented on Loren Miller's group Quote Of The Day
"I love that one, thanks!"
51 minutes ago

Loren Miller commented on Loren Miller's group Quote Of The Day
"Those who expect to be both ignorant and free, expect what never was and never will be. -- Thomas…"
3 hours ago

Atheism Rising, But God Is Not Dead Yet: 10 Ways Religion Is Changing Around the World

Religion is alive and well in the 21st century -- but it also looks very different now.

For most of the 20th century, smart people assumed -- with smug certainty and probably more wishful thinking than they'd be willing to admit -- that humanity's long obsession with religion is finally winding down. 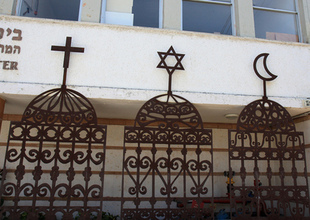 God is dead -- done in at last by the forces of enlightenment and reason. Humanity is now free to chart a new course, without worrying about the Big Bad He-God In the Sky.

But, as the last 30 years have rather brutally demonstrated to American progressives (religious and otherwise), those reports of the death of religion turned out to be greatly exaggerated. Here we are, with a firm foothold in the 21st century, and it's pretty clear that God is very much alive and well and living almost everywhere on the globe (except Europe and Canada, as we shall shortly see).

God or no God, the religious landscape of the planet isn't what it was in the last century. In fact, it's changing in some essential ways. And whether you're a person of faith or no faith, those changes have deep implications for the way other important factors -- culture, technology, economics, the environment, and politics -- play out as this new century unwinds.

What follows is a quick summary of some of the key drivers that are changing the landscape of faith around the world. It's hardly comprehensive, but I did try to hit the high spots. (Agree? Disagree? Got another one to add, or a point to amplify? Drop a comment below, and let's talk about it.)

In 2007, the Pew Forum on Religion & Public Life went around the world asking people a straight-up question: "Religion is very important to me." Yes, or no?

The numbers in Europe were low to middling. In Great Britain, 33 percent of those polled said religion was "very important" in their lives. The number was 27 percent in Italy, 21 percent in Germany and 11 percent in France. Poland came in at 36 percent, with Russia at 14 percent and the Czech Republic at 11 percent.

Closer to home, the numbers in Canada looked pretty much like those in England. And in the US, you will not be surprised to learn, the numbers were about twice as high as they were in Europe. Here, about six out of 10 respondents said that religion was very important in their lives.

But when Pew went to Latin America, Asia and Africa, the numbers were radically different. In Guatemala, 80 percent of those polled said religion was "very important" to them. That number was 77 percent in Brazil and 72 percent in Honduras -- but only 39 percent in Argentina.

So the world is still a very religious place, indeed, though it's still not well understood why Europe should be such a secular anomaly. (My own guess is that its long and bitter history of religious wars simply exhausted Europeans, and they've given up religion as too divisive to tolerate.) These numbers show pretty clearly that modernism didn't kill religion, and postmodernism isn't likely to, either. Faith may be on the wane in a few spots, but it's still kicking hard everywhere else.

2. The Center of Gravity for the Christian World Is Moving South

A few years back, a spate of books like Philip Jenkins' The Next Christendom and Globalizing The Sacred: Religion Across The Americas by Manuel Vasquez and Marie Marquart argued that Latin America is going evangelical at such a furious rate that Protestants could outnumber Catholics as early as 2025.

Further examination of this trend suggests that it's not happening quite that fast. While people in these countries often do succumb to the charms of Christian missionaries, a lot of those conversions don't stick for very long. Even so: Protestantism is growing in the global south, and the conversion cycle is rapidly introducing Protestant ideals and values into these cultures, which could over time create some deep shifts in Latino culture.