Mrs.B commented on Loren Miller's group Quote Of The Day
"Odd, that."
55 minutes ago

Loren Miller commented on Loren Miller's group Quote Of The Day
"I see Atheists are fighting and killing each other again, over who doesn't believe in any God…"
6 hours ago

Chris B commented on Sydni Moser's group Green Gardening
"It's still cool for the time of year, but our roof garden got a good soak from a week of rain.…"
13 hours ago

Stephen Brodie commented on Sydni Moser's group Coffee Break
"You can't beat live music, and to listen to an orchestra is wonderful."
18 hours ago

Mrs.B commented on Sydni Moser's group Coffee Break
"You DEMAND we open our border???!!! How about you get your case numbers down to zero first, &…"
18 hours ago

Stephen Brodie commented on Randall Smith's group Just sports stuff.
"Yes Randall Chelsea have reached both the national FA Cup final and the best is they have…"
21 hours ago

Mrs.B commented on Loren Miller's group Quote Of The Day
"Yes, right on point."
23 hours ago

The 9 Weirdest Diets in History

I had forgotten about some of these. Ah, the Great Masticator. =)

From the poet's faddish potato diet to the Atkins, Dukan and current favorite the 5:2 fast, the search for effective weight-loss programs has been going on for centuries. 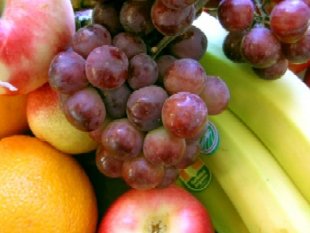 In Calories & Corsets: a History of Dieting over 2,000 years, Louise Foxcroft shows that worrying about our food habits, and trying to change them, isn't a modern phenomenon. "Hippocrates understood that the underlying principles of health were food and exercise," she writes. From early Christian asceticism to the 1558 "bestseller" The Art of Living Long, Lord Byron's "fad diet of potatoes flattened and drenched in vinegar"and the French physician Jean-Anthelme Brillat-Savarin's low-carb diet in the 19th century, the desire to lose weight has been a constant. "One of the earliest low-carbohydrate diets to reach a major audience," Foxcroft points out, was published by William Banting, an undertaker, in 1863. "It soon became so well-known that "Banting" – as in "I am Banting" – became a synonym for dieting in the UK and America well into the 1920s."

At the end of the 19th century and beginning of the 20th century, Horace Fletcher, an American entrepreneur, gained the nickname the Great Masticator. His diet, which Foxton called a "chewing craze", involved eating as much as you liked, but each mouthful had to be chewed a minimum of 100 times (the idea being that the food would become liquid, and weight gain could not result from undigested food).

The fashion for thin, boyish figures for women took hold in the 1920s, and so did fad diets, such as the cigarette diet (one Lucky Strike advert read "reach for a Lucky instead of a sweet"). Numerous products, such as diet pills, chewing gum, laxatives and contraptions made outlandish fat-reducing claims. But the idea of counting the number of calories in food took off after Doctor Lulu Hunt Peters published Diet & Health: With Key to the Calories, in 1918. It sold millions of copies throughout the 1920s, becoming the first diet bestseller. She urged women to view food as calories, and not to consume more than 1,200 a day.

The diet established by William Hay, an American doctor, became one of the most famous early fad diets. It was based on Hay's idea that food was either protein, starch or neutral – protein and starch, he believed, should not be eaten in the same meal. Famous followers included Henry Ford.

The creator is unknown, but its popularity has continued to the present day, even though it appears to be nothing more than a recipe for flatulence. Usually a seven-day diet plan, consisting of mainly cabbage soup, supplemented with fruit and vegetables and a small amount of meat. Other soup diets have become popular in the decades since, such as the watercress soup diet.

Robert Atkins devised the diet based on his own weight-loss experiments, and by the late 1960s it was gaining attention. In 1972 he published Dr Atkins' Diet Revolution, which would go on to sell tens of millions of copies. Thirty years later, his follow-up book, New Diet Revolution (2002), made the Atkins diet more popular than ever – it was made more famous by the number of celebrities supposedly on it.

This is kind of funny !

My aunt was on the weight watchers for years, had relapses, but always remained fat...