Mrs.B commented on Adriana's group Science!
"Or they'll be dead."
3 hours ago

Stephen commented on Adriana's group Science!
"It is great news, but the conspiracy theorists and anti-vaxxers are coming out of the woodwork.…"
3 hours ago

Mrs.B commented on Doone's group Humans of Earth and One Sore Loser Named Scump News
"In February 2021, a man goes to the White House to see Donald Trump. He is told by the Marine on…"
6 hours ago

Mrs.B left a comment for Tricia Cornwall
"Good to see you here."
6 hours ago

Mrs.B commented on Sydni Moser's group Coffee Break
"Our health officer is telling people to stop looking for loopholes, or work-arounds. It…"
6 hours ago

Ian Mason commented on Sydni Moser's group Coffee Break
"Yes, Stephen. Closing at 6pm too. It sounds as if things have been rushed through. There's a…"
6 hours ago

Loren Miller left a comment for Tricia Cornwall
"Greets, Tricia, and welcome to Atheist Universe!  Please make yourself at home, and if you…"
6 hours ago

Ian Mason commented on Sydni Moser's group Coffee Break
"Get well soon, Randall. Avoid jokes so you don't laugh too much. The net informs me that Wales…"
8 hours ago

Mrs.B commented on Loren Miller's group Quote Of The Day
"Denying/ignoring reality does not make it go away."
9 hours ago

Mrs.B commented on Sydni Moser's group Coffee Break
"So far, everyone I've seen in town while shopping are all masked up, inside stores, as well as…"
9 hours ago

Stephen left a comment for Tricia Cornwall
"Welcome to AU Tricia."
11 hours ago

The December solstice will occur at 05:30 UTC 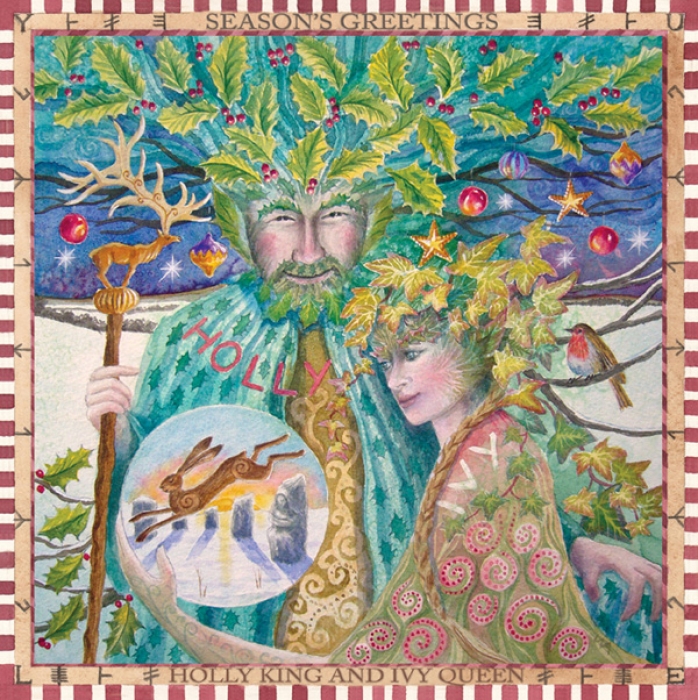 See when the solstice happens in your city

What happens at the solstice?

The December solstice occurs when the sun reaches its most southerly declination of -23.5 degrees. In other words, it is when the North Pole is tilted 23.5 degrees away from the sun. Depending on the Gregorian calendar, the December solstice occurs annually on a day between December 20 and December 23. On this date, all places above a latitude of 66.5 degrees north (Arctic Polar Circle) are now in darkness, while locations below a latitude of 66.5 degrees south (Antarctic Polar Circle) receive 24 hours of daylight.

Use the Sunrise and Sunset calculator to find the number of daylight hours during the December solstice in cities worldwide.

The sun is directly overhead on the Tropic of Capricorn in the southern hemisphere during the December solstice. It also marks the longest day of the year in terms of daylight hours for those living south of the equator. Those living or travelling south from the Antarctic Circle towards the South Pole will see the midnight sun during this time of the year. 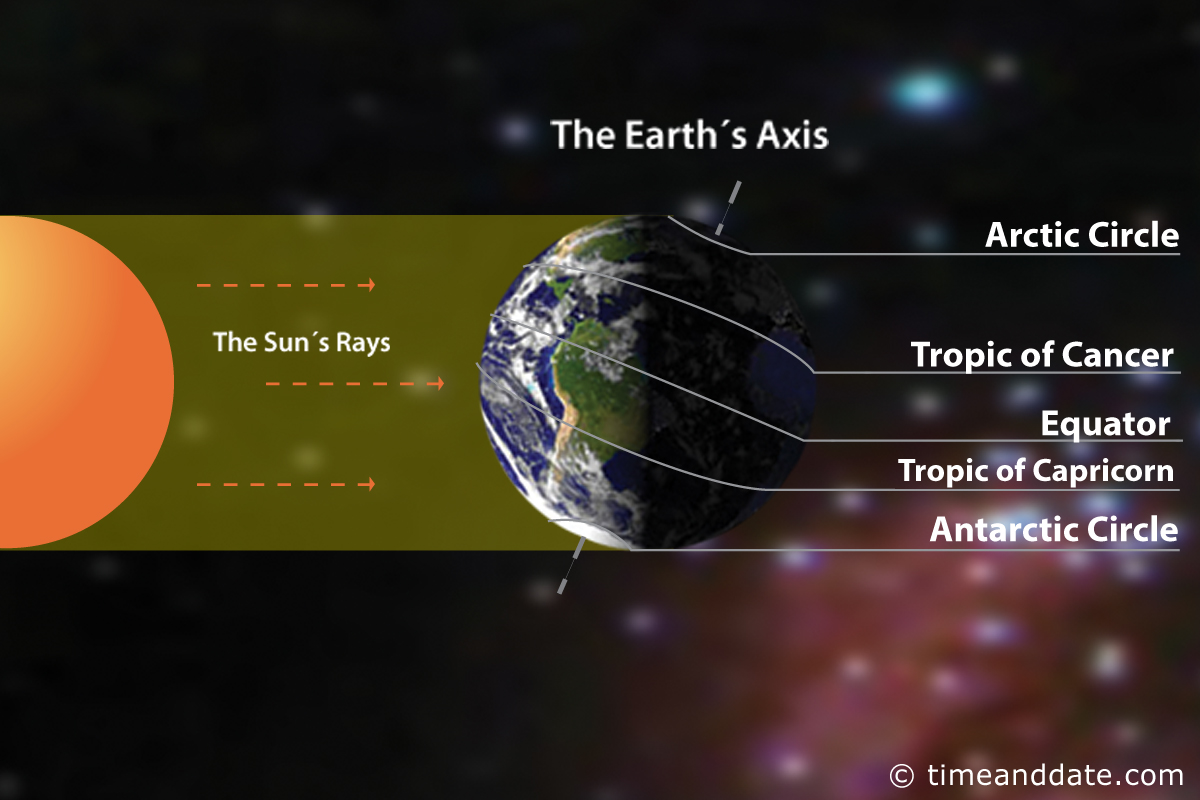 TThe North Pole is tilted furthest away from the sun at the solstice. (Not to scale)

On the contrary, for an observer in the northern hemisphere, the December solstice marks the day of the year with the least hours of daylight. Those living or traveling north of the Arctic Circle towards the North Pole will not be able to see the sun during this time of the year.

The December solstice in the calendar

As with the June solstice, the December solstice’s varying dates are mainly due to the calendar system. The Gregorian calendar, which is used in most western countries, has 365 days in a common year and 366 days in a leap year. However, the tropical year, which is the length of time the sun takes to return to the same position in the seasons cycle (as seen from earth), is different to the calendar year. The tropical year is approximately 365.242199 days but varies from year to year because of the influence of other planets. The exact orbital and daily rotational motion of the earth, such as the “wobble” in the earth's axis (precession), also contributes to the changing solstice dates.

(*) All dates refer to Coordinated Universal Time (UTC). Dates may vary depending on the time zone.

December solstice in relation to seasons

It is important to note that earth does not move at a constant speed in its elliptical orbit. Therefore the seasons are not of equal length: the times taken for the sun to move from the vernal equinox to the summer solstice, to the autumnal equinox, to the winter solstice, and back to the vernal equinox are roughly 92.8, 93.6, 89.8 and 89.0 days respectively. The consolation in the northern hemisphere is that spring and summer last longer than autumn and winter (when the December solstice occurs).

The relative position of the earth's axis to the sun changes during the cycle of seasons. This phenomenon is the reason why the sun’s height above the horizon changes throughout the year. It is also responsible for the seasons through controlling the intensity and duration of sunlight received at various locations around the planet.

Many prophecies about the end of the world surround this date because it corresponds to the last day of the Mayan calendar. The 2012 December solstice will be on December 21, 2012.

I love the picture and I also like to be that well informed now...