In readiness for Australia Day January 26

I am, you are, we are Australian.

WE, the people of a free nation of blokes, sheilas and the occasional wanker. We come from many lands (although a few too many of us come from New Zealand) and although we live in the best country in the world, we reserve the right to bitch and moan about it whenever we bloody like.

We are One Nation but we're divided into many States.

First, there's Victoria, named after a queen who didn't believe in lesbians. Victoria is the realm of Mossimo turtlenecks, cafe latte, grand-final day and big horse races.
Its capital is Melbourne, whose chief marketing pitch is that "it's liveable". At least that's what they think. The rest of us think it is too bloody cold and wet.

Next, there's NSW, the realm of pastel shorts, macchiato with sugar, thin books read quickly and millions of dancing queens. Its capital Sydney has more queens than any other city in the world and is proud of it. Its mascots are Bondi lifesavers who pull their Speedos up their cracks to keep the left and right sides of their brains separate.

Down south we have Tasmania, a State based on the notion that the family that bonks together stays together. In Tassie, everyone gets an extra chromosome at conception. Maps of the State bring smiles to the sternest faces. It holds the world record for a single mass shooting, which the Yanks can't seem to beat no matter how often they try.

South Australia is the province of half-decent reds, a festival of foreigners, off season carni-folk, and bizarre axe murders. SA is the state of innovation. Where else can you so effectively re use country bank vaults and barrels as in Snowtown, just out of Adelaide (also named after a queen). They had the Grand Prix, but lost it when the views of Adelaide sent the Formula One drivers to sleep at the wheel.

Western Australia is too far from anywhere to be relevant. Its main claim to fame is that it doesn't have daylight saving because if it did all the men would get erections on the bus on the way to work. WA was the last state to stop importing convicts and many of them still work there in the government and business.

The Northern Territory is the red heart of our land. Outback plains, sheep stations the size of Europe, Kangaroos, Jackaroos, Emus, Uluru and dusty kids with big smiles. It also has the highest beer consumption of anywhere on the planet and its creek beds have the highest aluminium content of anywhere too. Although the Territory is the centre piece of our national culture, few of us live there and the rest prefer to fly over it on our way to Bali.

And there's Queensland. ... While any mention of God seems silly in a document defining a nation of half-arsed sceptics, it is worth noting that God probably made Queensland as its beautiful one day and perfect the next?? Why he filled it with dickheads remains a complete mystery.

Oh yes and there's Canberra. The least said the better.

We, the citizens of Oz, are united by Highways, whose treacherous twists and turns kill more of us each year than murderers. We are united in our lust for international recognition.


Not that we're whinging, we leave that to our Pommy immigrants.

(So what if it's about a sheep-stealing crim who commits suicide).

We love sport so much our news readers can read the death toll from a sailing race and still tell us who's winning. And we're the best in the world at all the sports that count, like cricket, netball, rugby, AFL, roo-shooting, two-up and horse racing. We also have the biggest rock, the tastiest pies, the blackest aborigines and the worst-dressed Olympians in the known universe. And our national dress code is short shorts, thongs, and the good old t-shirt!

We shoot, we root, we vote. We are girt by sea and pissed by lunchtime. Even though we might seem a racist, closed-minded, sports-obsessed little people, at least we feel better for it.

I am, you are, we are Australian.

As they start their descent, Coot slips, falls off the tower and is killed instantly as he hits the concrete slab below.

As the ambulance takes the body away, Bluey says, 'Well, bugger me, someone's gotta go and tell Coot's wife.

Mongrel says, 'OK, I'm pretty good at that sensitive stuff, I'll do it.'

Two hours later, he comes back carrying a case of Beer.

Bluey says, 'Where'd you get the grog, Mongrel?'

'Coot's wife gave it to me,' Mongrel replies.

'That's unbelievable, you told the Missus her husband was dead and she gave you a case of beer?'

'When she answered the door, I said to her, "you must be Coot's widow."

She said, 'You must be mistaken. I'm not a widow.'

Then I said, 'I'll betcha a case of beer you are.'

Aussies are good at that sensitive kind of stuff!

Black humor at its best!

This is funny! I love this kind of self-deprecating humor :-)

Supposed to be responses by the Tourism Australia website officials, who obviously have a great sense of humour (not to mention a low tolerance threshold for cretins!)

Q: Will I be able to see kangaroos in the street? ( USA )

Q:I want to walk from Perth to Sydney - can I follow the railroad tracks? ( Sweden )

Q: Are there any ATM's (cash machines) in Australia ? Can you send me a list of them in Brisbane , Cairns , Townsville and Hervey Bay ? (UK )

Q:Can you give me some information about hippo racing in Australia ? ( USA )

Q:Can you send me the Vienna Boys' Choir schedule? ( USA )

Q:Are there supermarkets in Sydney and is milk available all year round? ( Germany )

Q:Please send a list of all doctors in Australia who can dispense rattlesnake serum. ( USA )

Q:I have a question about a famous animal in Australia , but I forget its name. It's a kind of bear and lives in trees. ( USA )

Q:I have developed a new product that is the fountain of youth. Can you tell me where I can sell it in Australia ? ( USA )

Q: Will I be able to speak English most places I go? ( USA )

A: Yes, but you'll have to learn it first 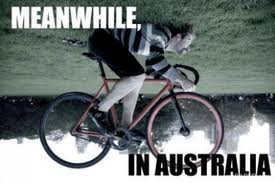 And that is what we think you lot in the northern hemisphere do!! :-)

Poem about our Australian summer

I found this beautiful Aussie Summer poem and thought it might be a comfort to you.   It was sent to me and it's very well written; I hope you enjoy it because it's the best piece of Australian literature I've seen in quite a while....

'An Aussie Summer  '
a poem by  Abigail Elizabeth McIntyre 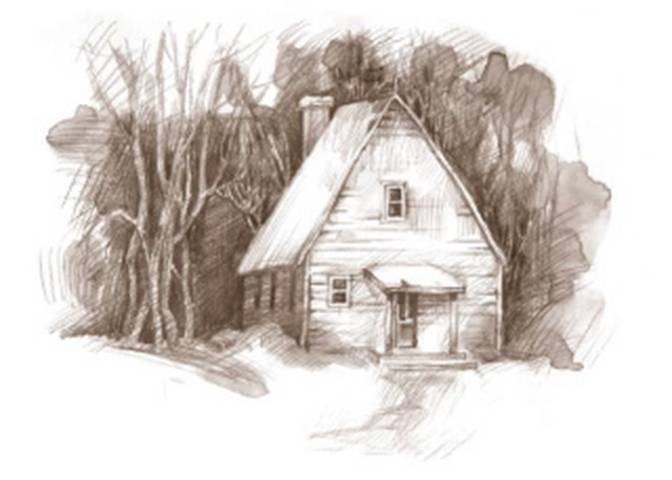