Mrs.B commented on Doone's group Humans of Earth and a World in which the Most Powerful Person is a Rump News
"Beyond disgusting!!!!! https://www.bbc.com/news/world-us-canada-52108162 Los Angeles County is…"
5 hours ago

Mrs.B commented on Adriana's group Freethought and Funny Bones
"Good ones."
6 hours ago

Mrs.B commented on Doone's group Humans of Earth and a World in which the Most Powerful Person is a Rump News
"Only time will tell that story."
8 hours ago

Mrs.B commented on Hope's group Imagine No Organized Religion, Please! Looking better in 2020!
"Yes, I've heard of the bleach thing before."
9 hours ago

Stephen commented on Doone's group Humans of Earth and a World in which the Most Powerful Person is a Rump News
"Coronavirus: Johnson & Johnson vows to make 'not-for-profit' vaccine  (We shall…"
9 hours ago

Mrs.B commented on Doone's group Humans of Earth and a World in which the Most Powerful Person is a Rump News
"People need their foods, but the greed is incredible."
9 hours ago

Stephen commented on Doone's group Humans of Earth and a World in which the Most Powerful Person is a Rump News
"I see Scump in those pics is wearing his iconic red tie."
13 hours ago

Doone commented on Doone's group Humans of Earth and a World in which the Most Powerful Person is a Rump News
"Scump when he sees a reporter (Photo: FLPA)"
14 hours ago

Stephen left a comment for Emilysine
"Welcome to AU Emilysine."
15 hours ago

Stephen commented on Hope's group Imagine No Organized Religion, Please! Looking better in 2020!
"Onyango. The Pastor is more to blame every time. We're all naive at one time or the other, but…"
15 hours ago

Onyango Makagutu commented on Hope's group Imagine No Organized Religion, Please! Looking better in 2020!
"There have been incidents of people ingesting bleach on advise of their pastors charlatans and I am…"
16 hours ago 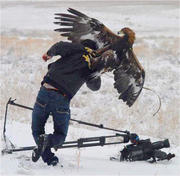 There is a TV and Movies group. I thought it would be nice to have a documentaries group as well. So, please post interesting documentaries here.

This group does not have any discussions yet.

You need to be a member of Documentaries to add comments!

is a  news report update to the Resistencia: The Fight for the Aguan Valley documentary

Resistencia: The Fight for the Aguan Valley

Feature documentary from former Real News journalist Jesse Freeston on the plantation occupation movement that rose up in response to the 2009 coup d'etat in Honduras. - June 28, 2015

Rise of the Superclass

David Rothkopf discusses how a select, insular group of the six thousand most powerful people on the planet make daily decisions that impact the lives of millions across borders and develop ideas that are shaping the history of our times.

The U.S. Congress has a stalled bill to ban weather modification.  That needs to be passed. The U.N. needs a world wide treaty with a demand that all countries participate.

The problem is anthropologic (?) human caused climate change. The unintended consequences of local weather modification such as cloud seeding will ultimately prove to be worse for the climate. It's too complex of a system.

Wars are already being waged over water. It will be worse when the water war is elevated by cloud seeding along country boarders in attempt to grab moisture out of the air to get some rainfall during drought.

The idea of launching a bunch of disks into space to block 10% of the suns rays to cool the earth is scientific insanity if the long term health of some of the earths species is to be considered.

We've always wanted to control the weather. Now we might have to.

The desire to modify the weather has been around forever; but with the threat of catastrophic climate change, water wars, and intensifying hurricanes, a new breed of weather control called "geoengineering" has emerged.

Mixing character-driven verité with the scope of an essay film, OWNING THE WEATHER tells the story of weather modification in the United States, from Charles Hatfield’s infamous rainmaking days to modern plans to engineer the climate.

There are more than fifty active weather modification programs in the United States alone. Through the eyes of key individuals on the front lines of a crucial but largely unknown debate, the film introduces the cloud seeders struggling for mainstream recognition, the “legitimate” scientists who doubt them, and the activists who decry any attempts to mess with Mother Nature.

Will the scientific renegades in the weather modification community ever shed the label of snake-oil salesman? Will they succeed in securing government funding for the first time in decades? What does it mean to our society and our consciousness if there are no more acts of God?

More on How to Start a Revolution

How to Start a Revolution is a BAFTA award winning British documentary film about Nobel Peace Prize nominee and political theorist Gene Sharp, described as the world's foremost scholar on nonviolent revolution. The film describes Sharp's ideas, and their influence on popular uprisings around the world. Screened in cinemas and television in more than 22 countries it became an underground hit with the Occupy Wall St Movement.

Directed by British journalist Ruaridh Arrow the film follows the use of Gene Sharp's work across revolutionary groups throughout the world. There is particular focus on Sharp's key text From Dictatorship to Democracy which has been translated by democracy activists into more than 30 languages and used in revolutions from Serbia and Ukraine to Egypt and Syria. The film describes how Sharp's 198 methods of nonviolent action have inspired and informed uprisings across the globe.

A primary character of the film is Gene Sharp, founder of the Albert Einstein Institution, and a 2009 and 2012 nominee for the Nobel Peace Prize. Sharp has been a scholar on nonviolent action for more than 50 years, and has been called both the "Machiavelli of nonviolence" and the "Clausewitz of nonviolent warfare." Other main characters include Jamila Raqib, a former Afghan refugee and the Executive Director of the Albert Einstein Institution; Colonel Robert "Bob" Helvey; Srdja Popovic, leader of Otpor! students group Serbia; Ahmed Maher, leader of April 6 democracy group Egypt; and Ausama Monajed, Syrian activist.

More on How to Start a Revolution

The premiere was held in Boston on September 18, 2011, the day after the Occupy Wall St protests officially began in New York. The film received a standing ovation and won Best Documentary and the Mass Impact award at Boston Film Festival, and went on to be screened by Occupy camps across the US and Europe including the Bank of Ideas in London.

The European premiere was held at Raindance Film Festival in London where the film received the award for Best Documentary. Subsequent awards have included Best Documentary Fort Lauderdale International Film Festival 2011, Special Jury Award One World Film Festival Ottawa, Jury Award Bellingham Human Rights Film Festival and Best Film, Barcelona Human Rights Film Festival. The film won the Scottish BAFTA for new talent in April 2012 and shortlisted for a Grierson Award in July 2012.
How to Start a Revolution was picked up for distribution by TVF International in the UK and 7th Art Releasing in the US. The film has reportedly been translated into nine languages, including Japanese and Russian. The Albert Einstein Institute has reported that the film has been shown internationally on more than 20 television stations in 12 languages.

How to Start a Revolution was released on September 18, 2011 the day after the first Occupy protests in Wall St, New York. The film was described as the unofficial film of the Occupy movement and shown in camps across the US and Europe. It was one of a number of high profile events held in London's Bank of Ideas along with a concert by British Band Radiohead.
In 2012 following the contested Mexican General Election one of the countries largest newspapers reported that protestors were circulating a pirated Spanish translation of How to Start a Revolution which had gone viral in the country. The translation was viewed over half a million times in the space of three days. Reports have also been published citing the airing of the film on Spanish television concurrent with widespread discussion of Sharp's work in the Spanish anti-austerity 15-M Movement.
The academic premiere was hosted by the Program on Negotiation at Harvard Law School on October 11, 2011, and In February 2012, How to Start a Revolution was screened to an audience of MP's and Lords in the UK Houses of Parliament by the All Party Parliamentary Group on Conflict Issues (APPGCI) which was attended by Gene Sharp.
A film about the making of How to Start a Revolution, entitled Road to Revolution, was screened in January 2012 by Current TV in the UK.

Sound like what's going on in the banking industry doesn't it?

When there is a huge class division what happens?

Privilege that breaks down society.A Condition in which his family felt that wealth and can buy privilege and there  was no rational link between behavior and consequences.

FOUR HORSEMEN is an award winning independent feature documentary which lifts the lid on how the world really works.

As we will never return to 'business as usual' 23 international thinkers, government advisors and Wall Street money-men break their silence and explain how to establish a moral and just society.

FOUR HORSEMEN is free from mainstream media propaganda -- the film doesn't bash bankers, criticise politicians or get involved in conspiracy theories. It ignites the debate about how to usher a new economic paradigm into the world which would dramatically improve the quality of life for billions.

"It's Inside Job with bells on, and a frequently compelling thesis thanks to Ashcroft's crack team of talking heads -- economists, whistleblowers and Noam Chomsky, all talking with candour and clarity." - Total Film

"Four Horsemen is a breathtakingly composed jeremiad against the folly of Neo-classical economics and the threats it represents to all we should hold dear."
- Harold Crooks, The Corporation (Co-Director) Surviving Progress (Co-Director/Co-Writer)

Support us by subscribing here http://bit.ly/1db4xVQ

Also you can check our shop at http://www.renegadeeconomist.com/info...