Loren Miller commented on Loren Miller's group Quote Of The Day
"My political ideal is democracy. Let every person be respected as an individual and no person be…"
51 minutes ago

Mental health and or physical disorders, related or not, that happened or happens can change…See More
7 hours ago
47 Comments 4 Likes

Loren Miller commented on Loren Miller's group Quote Of The Day
"... misunderstandings and neglect create more confusion in this world than trickery and malice. --…"
yesterday

Chris B commented on Sydni Moser's group Coffee Break
"Thanks for the Tooting Tour, I love the stories and all those different food shops!"
yesterday

Ian Mason commented on Sydni Moser's group Coffee Break
"Tooting looks like fun. I love those Indian/Pakistani sweets and so much music history too. If I…"
yesterday

Mrs.B commented on Loren Miller's group Quote Of The Day
"Both good ones."
yesterday

Loren Miller commented on Loren Miller's group Quote Of The Day
"It seems to me there is less meanness in atheism, by a good measure. It seems that the spirit of…"
Thursday

Loren Miller commented on Loren Miller's group Quote Of The Day
"That is a PREMIUM quote, Chris!  Thank you for citing it!"
Thursday

Chris B commented on Loren Miller's group Quote Of The Day
"Reality is life. Where we suffocate is in the half-life of unreality, untruth, imitation, fakery,…"
Thursday

Mrs.B commented on Sydni Moser's group Coffee Break
"Someone with an actual bit of integrity?????"
Thursday

Loren Miller commented on Loren Miller's group Quote Of The Day
"What harm would it do, if a man told a good strong lie for the sake of the good and for the…"
Wednesday

This is for those of you who enjoy truly weird news and insanely macabre stuff. It turns out that a New York cop was plotting with a co-conspirator to kidnap women to cook them over a slow fire and keep them alive as long as possible, and then eating their flesh. If you want to read the super-chilling details, including whether they had a big enough oven, read the official criminal complain, here. The New York Times summarizes the story, here. I'm not sure how he was discovered and his communications with the co-conspirator revealed, but I'm glad he was caught before he could do anything! He has to be clinically insane, I would think.

Officer Held in Plot to Cook Women and Eat Them

A New York police officer was arrested this week after he discussed cooking and eating female body parts, according to a criminal complaint. 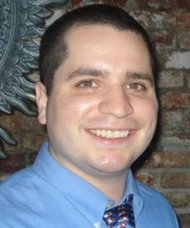 The evidence against the officer, a six-year veteran of the New York Police Department, consists of e-mails and instant messages in which he was “discussing plans to kidnap, rape, torture, kill, cook and eat body parts of a number of women,” according to the complaint against the officer, Gilberto Valle. The Federal Bureau of Investigation arrested him on Wednesday in Queens.

The complaint suggests that Officer Valle, who worked in the 26th Precinct in Manhattan and lives in Forest Hills, Queens, never followed through on any of the acts he is accused of discussing. He was charged with federal kidnapping conspiracy, and is expected to appear in Federal District Court in Manhattan on Thursday afternoon. Officer Valle is married.

In one message to a co-conspirator, Officer Valle wrote that he was contemplating cooking a person “over a low heat” so as to “keep her alive as long as possible,” according to the complaint.

“The allegations in the complaint really need no description from us,” Mary E. Galligan, the F.B.I.'s acting assistant director, said in a statement. “They speak for themselves. It would be an understatement merely to say Valle’s own words and actions were shocking.”

The criminal complaint describes two separate episodes in which Officer Valle discussed abducting women. In each case it appears that the women knew the officer vaguely.

In an episode in February, Officer Valle sent an online message to another unnamed person in which he offered to kidnap a woman on the person’s behalf for a price: “$5,000 and she is all yours,” the officer wrote, according to the complaint.

“Just so that you know, she may be knocked out when I get her to you,” Officer Valle wrote, according to the criminal complaint. “I don’t know how long the solvent I am using will last but I have to knock her out to get her out of her apartment safely.”

Officer Valle appeared to be under the impression that the person he was communicating with intended to rape the woman, according to the criminal complaint.

“She will be alive,” he wrote. “It’s a short drive to you. I think I would rather not get involved in the rape. You paid for her. She is all yours and I don’t want to be tempted the next time I abduct a girl.”

Officer Valle also wrote that he would not budge on his $5,000 price: “Like I said this is very risky and will ruin my life if I am caught.”

While the complaint does not identify the woman in question, F.B.I. agents later learned that cellphone tracking devices indicated that Officer Valle had made or received phone calls on the block in Manhattan where the woman lived. When an F.B.I. agent interviewed the woman, she said she did not know Officer Valle well.

In a search of the officer’s computer, federal investigators discovered “files pertaining to at least 100 women,” according to the complaint.

“The F.B.I. has identified and interviewed 10 of these women, each of whom has confirmed to the F.B.I. that Valle is known to her,” the complaint said.

In the search, federal agents also discovered a document Officer Valle had created that appeared to be a “blueprint” for “abducting and cooking” another woman, according to the complaint, which redacts the name of the victim.

In one message from July 19, Officer Valle sent an instant message to a person described as a “co-conspirator,” indicating that he was meeting with the intended victim three days later, according to the complaint. The victim, who was later interviewed in October by the F.B.I., said she had met the officer that day “at a restaurant for lunch,” according to the complaint. What happened during or after the lunch was not disclosed.

and my misanthropic contempt rises in my throat once again.

From the police document:

VALLE: It is going to be so hard to restrain myself when I knock her out, but I am aspiring to be a professional kidnapper and that's business.

So police work was just a stepping stone in his career path....

You know, the whole story is so bizarre, I'm thinking the cop had found a sicko and had figured out he could get $5,000 from him for promising to deliver a woman he cook roast and eat. Who knows, being a cop he could have then killed the guy afterwards with some excuse.

It's a really strange story, isn't it?