Loren Miller commented on Doone's group Humans of Earth News
"You have a talent for understatement, Onyango.  I am continually astonished at the obsession…"
2 minutes ago

Loren Miller commented on Loren Miller's group Quote Of The Day
"Where they burn books, they will also ultimately burn people. -- Heinrich Heine And they did, Herr…"
6 hours ago

Chris B replied to Loren Miller's discussion Prokofiev Piano Concerto No. 2, First Movement – My Memories in the group The Music Box
"Don't feel alone, Randall! People who can't read music or play an instrument and on top…"
7 hours ago

Randall Smith replied to Loren Miller's discussion Prokofiev Piano Concerto No. 2, First Movement – My Memories in the group The Music Box
"Loren, It's nice to see someone "out there" has a keen appreciation for good music.…"
8 hours ago

Loren Miller commented on Doone's group Humans of Earth News
"Here's a rather significant point of view, regarding the whole business of mass shootings in…"
yesterday

Loren Miller replied to Loren Miller's discussion Prokofiev Piano Concerto No. 2, First Movement – My Memories in the group The Music Box
"Entirely my joy, Randall.  I should mention that YouTube has the rest of the concerto with…"
yesterday

Randall Smith replied to Loren Miller's discussion Prokofiev Piano Concerto No. 2, First Movement – My Memories in the group The Music Box
"Goodness Loren, I had no idea you were (are) so knowledgable about music! Impressive--as is the…"
yesterday

Loren Miller replied to Loren Miller's discussion Prokofiev Piano Concerto No. 2, First Movement – My Memories in the group The Music Box
"I should mention too, I suppose, that next Saturday, I get to hear The Cleveland Orchestra perform…"
yesterday

Chris B replied to Loren Miller's discussion Prokofiev Piano Concerto No. 2, First Movement – My Memories in the group The Music Box
"Thanks Loren, I enjoyed that very much!"
yesterday

I think I was a junior in college when a Care package arrived from my mom, containing among other…See More
Saturday
7 Comments 2 Likes

Loren Miller commented on Loren Miller's group Quote Of The Day
"Remember, Jesus would rather constantly shame gays than let orphans have a family. -- Steven…"
Saturday 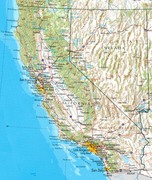 Welcome to the "au" home of the California Atheists!

You need to be a member of California Atheists to add comments!

I don't know much about  "FUCK ...the First Unitarian Church of Kensington"

What are they about?

I understand there are caucasians who subscribe to and explore Buddhist centers in Northern California.

Perhaps it's a result of the hippie movement and lost children from the era.

In the '70's there were a lot of Mooney (runaway's -or unfortunately foster kids) selling flowers perhaps even themselves for money, or salvation.

I  get it after more information about the Unification Church.

In 1984 Bhagwan Shree Rajneesh took over the community around The Dalles Oregon.

Fortunately he and his group were driven out.

The school book center of the country.

The Republican Plank School Board in Texas doesn't want 'Critical Thinking' taught in schools because it undermines parental authority.

How Texas Inflicts Bad Textbooks on Us

No matter where you live, if your children go to public schools, the textbooks they use were very possibly written under Texas influence. If they graduated with a reflexive suspicion of the concept of separation of church and state and an unexpected interest in the contributions of the National Rifle Association to American history, you know who to blame.

When it comes to meddling with school textbooks, Texas is both similar to other states and totally different. It’s hardly the only one that likes to fiddle around with the material its kids study in class. The difference is due to size—4.8 million textbook-reading schoolchildren as of 2011—and the peculiarities of its system of government, in which the State Board of Education is selected in elections that are practically devoid of voters, and wealthy donors can chip in unlimited amounts of money to help their favorites win.

Those favorites are not shrinking violets. In 2009, the nation watched in awe as the state board worked on approving a new science curriculum under the leadership of a chair who believed that “evolution is hooey.” In 2010, the subject was social studies and the teachers tasked with drawing up course guidelines were supposed to work in consultation with “experts” added on by the board, one of whom believed that the income tax was contrary to the word of God in the scriptures...."

This is all old news to me.

Perhaps people who live in parts of CA don't feel a need to express nonbelief as much as Texan nonbelievers.

The postal carrier picked up my mail in ballot Saturday. I recall seeing the return envelope was 'Postage Paid."

This evening I received a telephone message from a candidate running for city councll member saying:  "it's not too late to mail in the ballot. Remember to put a stamp on the envelope."

My neighbor said she applied two stamps then decided to drop it off.

My Brother who lives in another county said he put one stamp on his mail in.

Under the left selection choices  look in "Current Election" -

That mailer and instrustions didn't indicate in any way that any postage (stamps) are required unless it's mailed from outside the U.S. (Absentee voting).

I called the city councilman back to see who's correct about this and will follow up with the county elections division department.

I'm not about to go to get a new ballot tomorrow.

I lived in Oregon, which I think was one of the first states in the U.S. to have mail in ballots.  There was an arugment about the requirement to put stamps on the mail in ballot envolope.  It effectively was a 'Poll Tax."

The below linkk contains the text to the proposal.

It would cost the state of California an estimated $400 billion per year to cover all of its 39 million residents, according to a staff analysis by the state’s Senate Appropriation Committee.  That’s more than twice the state’s total annual budget of $180 billion.

But the main legislative advocate for single-payer, Senator Ricardo Lara (D-Bell Gardens), explained the state could get access to half of that amount, $200 billion, by shifting over what it already spends on Medicare, Medi-Cal and other state-run health services. That assumes the federal government would agree to let California re-route federal funds in that way.

“The fiscal estimates are subject to enormous uncertainty,” said Nick Louizos, vice president of legislative affairs for the California Association of Health Plans. “If a combination of assumptions don’t come through, this could be even more expensive than we even think.”

To raise the other $200 billion, the state could implement a 15 percent payroll tax, according to the analysis, which was released Monday during a Senate Appropriations Committee in Sacramento.  It’s unclear how that tax might be split between the employer and the employee.

“Given this picture of increasing costs, health care inefficiency, and the uncertainty created by Republicans in Congress, it is critical that California chart our own path,” said Lara at the committee hearing.

At the hearing, Kyle Thayer, a paramedic who works in San Diego, urged the legislators to move forward with the plan.

“I see every single day the people that don’t have health coverage and the things that happen. Often they choose between one medicine and another, and end up in the back of my ambulance for something as simple as high-blood pressure medication,” said Thayer, a resident of Carlsbad.

His concerns were personal as well as professional, he said.

“My fiancee’s mother was trying to manage her blood pressure, and for a time wasn’t taking her medication, and she ended up with a stroke in the emergency room,” said Thayer. “It cost them all kinds of money.”

Opponents of the plan also spoke, including Karen Sarkissian from the California Chamber of Commerce, who called the 15 percent payroll tax a “job killer,” and a line of representatives from private health insurance companies. These companies would see their business model collapse in California in the face of a single-payer plan, which would be state-administered and not-for-profit.

“We don’t need to go backwards and start from scratch. This bill could have catastrophic implications for the health care system in our state,” said Teresa Stark, the chief lobbyist for Kaiser Permanente in California, which covers 8.5 million Californians.

“We share the goal of health care for all,” she explained, but added that a single-payer system would “dismantle Kaiser Permanente as we know it.”

Comment was by Paul Lambert on July 9, 2011 at 5:36pm
Southwest has some amazing summer deals! :D

Thanks for the welcome Paul,

I went to a Humanism, Skepticism, and Free Thought Conference in Portland OR in the mid '90's with five or six others from NE OR, SE WA, and Southern Idaho. We went one of the days. I attended four seminars. Michael Shermer said some interesting things about fire walking and ring finger length. Someone (the president?) from Washington American Atheists talked about producing shows on local area cable. There was quite a bit of talk about separation of church and state and legal issues regarding crosses in Utah for fallen policemen and elsewhere for fallen soldiers.

This was soon after Madalyn Murry O'Hair, and her family disappeared.

That conference had several lectures simultaneously so I wasn't able to see everything I wanted.

The originator of this group is from Michigan.

If I lived in San Diego I'd go to the:

The Heritage of Western Humanism, Skepticcism, and Freethought  Tow...

Comment was by Chris on July 6, 2011 at 2:01am
I grew up in CA then moved to NE Oregon at the heart of the regional Mormon and Christian Identity movement area. It was sort of a mini bible belt. I hated it up there, but after moving back to the N. bay area am in a double culture shock. The produce here is horrible.

The Reasonable World Conference will be held September 16-18, 2011 at The Town and Country Resort in San Diego, California.

Registration is only $35 (additional $15 if you plan to attend the breakfast on Saturday and $30 to attend the banquet Saturday evening).  Room rates are $109 if need to book a room.