RichardtheRaelian left a comment for Ayumimori
""Happy Birthday!""
18 hours ago 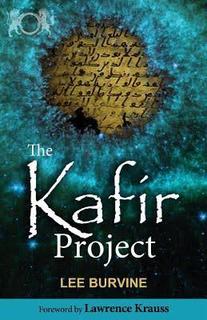 I'd recommend it to anyone who likes a fast moving plot that features atheists as the main characters. Characters were well developed, we have scientists and CIA agents and a slew of "bad" guys.

Good to hear a book review.

I should read books rather than watching stupid stuff of TV.

Even though I think I know everything about atheism I know I don't know.

"There is no doubt," warns cultural anthropologist David Eller, "that I will get debate and criticism for these positions" (171). Indeed, Natural Atheism is no ordinary freethought handbook. Unlike many of its predecessors and contemporaries, Eller's recent effort is both philosophical and unpredictable, a robust tribute to the essence of freethought itself. As such, the author is right to anticipate dispute.

Readers unfamiliar with this genre will be delighted with Eller's adroit coverage of the standard subjects. He defines all of the right terms and refutes all of the wrong arguments. His chapter regarding the separation of religion and government reviews most of the appropriate legislation and case law, and relays a short but competent account the doctrine's dawdling history.

Anticipating typical antiseparationist arguments itemizing post-1791 religious establishments, Eller counters, "Anyone who understands the nature of revolutions knows that a policy stated is not a policy enacted; a revolution does not end when the shooting stops" (253). Undeniably, separation proceeded very slowly among the newly united states. Three states, in fact, maintained establishments well into the nineteenth century.

But James Madison, architect of the First Amendment, greeted every step toward religious liberty and freedom of conscience with great enthusiasm, often expressing dreadful disappointment whenever he witnessed an insidious intermingling between church and state. In his retirement, Madison remained hopeful that experience and wisdom would complete this critical process. In an 1822 letter to Edward Livingston, he wrote:

[I]n a Government of opinion, like ours, the only effectual guard must be found in the soundness and stability of the general opinion on the subject. Every new & successful example therefore of a perfect separation between ecclesiastical and civic matters is of importance.... We are teaching the World the great truth that Governments do better without Kings & Nobles than with them. The merit will be doubled by the other lesson that Religion flourishes in greater purity, without than with the aid of Government.

As he concludes this important chapter, Eller weaves Madison's reciprocal ideals into one seamless and hopefully self-evident principle. "[T]he First Amendment," he writes, "in promoting freedom of religion also grants freedom from religion. Freedom is not freedom if it only entails a choice between a set of options and not a freedom from choosing any of those options at all" (264).

The author, however, does more than inform his readers. Inquisitive persons of all backgrounds and opinions should expect to be engaged if not provoked.

Eller is an ardent and unapologetic rationalist. "Reason," he insists, "is thinking," and any mental process that deviates from reason is "not thought at all" but rather "something else mistaken for or masquerading as thinking" (61). In no way can faith or its spawn, dogma, lead to legitimate truth. At best, such things constitute "knowing about religion, not knowing about the world" (198).

Knowledge and the discovery of truth, therefore, "are products of living with one foot outside of one's own social reality," or, in other words, honesty, curiosity, and freethought (119). Moral systems, or at least their underlying values, Eller explains, are necessarily "relative to a particular social context" (109).

Apostles of moral absolutism might feel as vexed by Eller's dispassionate recognition of moral cultural relativism as devotees of freethought are typically bewildered by phenomena like nationalism and ethnocentricism. "The main obstacle" of reason, observes Eller, "is and has always been certainty in one's own truth and goodness" (113). The author's conclusion, however, begs at least two discomforting questions: To what extent can reason thrive in a multicultural world, and, assuming the eventual emergence of a single global culture, could reason ever serve as the foundation of its moral system?

Presumably, Eller would respond to the second question negatively, given his position that morality is always nonrational. Then again, according to the author, "[e]ven if there were no religion, ... no genetic predisposition to acquire morality, reason itself would still lead us to standardized and socially beneficial behavior on the basis of principle and intersubjectivity (that is, the awareness of the feelings of others)" (332). Vanward-thinking readers are thus impelled to contemplate these fundamental issues for themselves.

Fittingly, Eller dedicates at least an entire chapter to the issue of "tolerance" as it pertains to both religion and freethought. Although all societies are inherently conforming, regardless of their cultural underpinnings, those mired in "the realm of totalistic 'world religions' which claim exclusive access to all truth and good" tend to exacerbate this effect to the point of calamity (205). "[T]here is no world religious source," in truth, "that includes toleration as one of its values" (205).

Despite frustratingly popular and durable presumptions to the contrary, neither Jesus nor the teachings typically attributed to him ever prescribed a Christian's love for her neighbors and enemies, unless, of course, such persons were also believing Christians. An especially "creed-driven" tradition, Christianity is extraordinary in its fervor to enforce orthodoxy or conformity of thought (209).

During the past two millennia, such enthusiasm has all too frequently manifested itself as persecution against alleged heretics and blasphemers. Augustine advocated the death penalty for heretics and the code of Emperor Theodosius canonized it. Eller outlines the Church's history of theological tyranny from 385 C.E., when its first victims, including Bishop Priscilla of Spain, were decapitated, to the seventeenth century, when a number of American colonies passed opprobrious antiblasphemy statutes. One statute, Maryland's 1649 "Act Concerning Religion," commanded death and forfeiture of all property for any person who dared deny Christ or the Godhead.

"Religion," Eller concludes, "will never see the wisdom of toleration" (222). Indeed, if "toleration" necessarily implies the ability to empathize with others or, at the very least, to comprehend the innate limitation of perspective, the author's inference is clearly justified. An evidence-impervious assumption of truth, after all, is as epistemologically flawed as an infant's estimation of her mother's or her own omnipotence. That clergy often preach toleration does not mitigate this fact. Such ideological schizophrenia, in the end, is simply one more predictable result of an irrational, dogmatic mindset.

But to what extent should freethinkers tolerate religion? "Toleration of other positions ends," Eller advises, "where they come in contact with the life and limb of people who are the object of intolerance" (203). On the one hand, the author seems to counsel a generally nonconfrontational approach to our religious counterparts. On the other, Eller acknowledges that civility becomes "intellectual surrender" at the point where the candid search for truth is sacrificed to social convenience (229). As history readily demonstrates, when absurd truth claims are routinely left unchallenged, humans expose themselves to great harm at the hands of those who "have proven themselves particularly ready to kill each other over the nonrational and irrational sides of religion" (229).

Arguably, however, reason and wisdom defy a lean but appreciable minority of Eller's analyses and conclusions. For instance, while he correctly judges that "knowledge" can never be based on faith, the author inscrutably asks rational persons to cede the common concept of "belief" to their religious foils. "Belief," he insists, "is about faith" (133).

But Eller fails to explain why "belief" should not be defined in a common yet rational way, to describe the provisional acceptance of a proposition based on a clear preponderance of available evidence in support of it. Instead, he opines, "[b]elief, in the proper sense, does not stand on evidence or even bend to disconfirming evidence" (147). In so doing, Eller betrays his own judicious counsel that we never allow the irrational majority to "control the terms of language and thought" (151).

Perhaps as a result of this confounding incongruity, Eller inappropriately advises his readers that "there may be a God" (159). But such a proposition could spring only from faith in that possibility, not from a "belief," properly defined, because a preponderance of available evidence does not support it. Such a claim, in fact, would never occur to a person devoted to strictly empirical investigation.

Nonetheless, Eller's stimulating work provides a significant service to the freethought community. He concludes Natural Atheism as he commenced it: on an insightful and, hopefully, inspiring note. Atheists, he admits, are often criticized for their negativity. But "[s]ometimes, as Nietzsche stated, one must say no before one can say yes" (339). Referring liberally to Nietzsche's Thus Spake Zarathustra, Eller predicts that "if Atheism is ever allowed to evolve from its lion stage to the child stage ... it will pass into a creative phase the likes of which we have never seen" (329). Perhaps so, if atheism continues to be represented by the intellectually eclectic and truly freethinking likes of David Eller.

I have always been a bookworm, but seem to have stopped reading as much as I used to. Decided I needed to start pounding them down again. The interaction of ideas that comes with a good read gives me more to write about myself. Reading kind of begets writing. =)

People should read more. I used to read three newspapers a day.

Fiction books often give a better portrail of reality and are easier to read than non-fiction.  I'll consider reading the Kafir Project after I finish the g/d scool book about atheism.

The forward by Lawerence Krauss In the Kafir Project books means something.