Mrs.B commented on Adriana's group Freethought and Funny Bones
"Good one!"
8 hours ago

From The Guardian. Such great news! I'm proud to be Latin American today.

The biodiverse nation, with 25% of its land protected as reserves, becomes first Latin American country to ban hunting 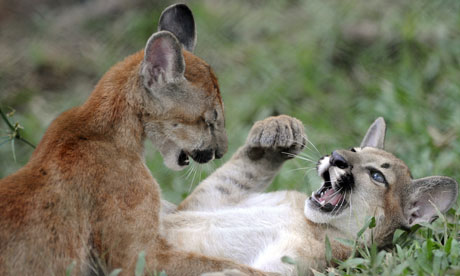 Costa Rica on Monday became the first Latin American country to banhunting as a sport, after an unanimous and final vote from Congress.

Lawmakers had provisionally approved a reform to its WildlifeConservation law back in October. With a population of 4.5 million people, Costa Rica is one of the world's most biodiverse nations.

The central American country is already known for its environmental mindset, with 25% of its land protected as national parks or reserves.

Under the new law, those caught hunting can face up to four months in prison or fines of up to $3,000.

Smaller penalties for people who steal wild animals or keep them as pets were also included in the reform. Jaguars, pumas and sea turtles are among Costa Rica's most treasured species.

"There is no data on how much money hunting generates in the country, but we do know there are currently clandestine hunting tours that go for about $5,000 per person," said Arturo Carballo, deputy director at Apreflofas, an environmentalist organisation who spearheaded the reform.

Foreign hunters come to Costa Rica in search of exotic felines while others look to obtain rare and colorful parrots as pets.

This is also Costa Rica's first proposal that came to Congress by popular initiative, with 177,000 signatures calling for the ban submitted two years ago.

Good on them for banning it! When I was a child it seem the normal thing to do but when I grew older and actually understood what they were actually doing it became a useless, idiotic past time. So go Costa Rica!

Hopefully that will reduce, or better stop the capture of birds for pets.