Mrs.B commented on Loren Miller's group Quote Of The Day
"We lived on one wage, with 3 kids, & I kept track of every penny, so we knew where we stood…"
4 hours ago

Stephen Brodie commented on Loren Miller's group Quote Of The Day
"The rule of thumb should always be give women control of the family finances. I've seen this…"
5 hours ago

Stephen Brodie commented on Richard Levison's status
"Exactly Richard. Religion like most bad habits has to be taught to you very early in your life, not…"
9 hours ago

Mrs.B commented on Sydni Moser's group AGING ATHEISTS
"Quite a video."
20 hours ago

Stephen Brodie commented on Sydni Moser's group AGING ATHEISTS
"Good one  Mrs.B. I can remember my sister turning the menopause into a joke and…"
yesterday

Loren Miller commented on Julien's group The Music Box
"I am a big fan of most symphonic works for organ and orchestra.  A few years ago, I…"
yesterday

Loren Miller commented on Loren Miller's group Quote Of The Day
"Defend the right of all or surrender your own first. If you think your freedom includes the…"
yesterday

Richard Levison left a comment for William Jade
"Hello William! Its nice to see and meet you here.Welcome to the website!"
yesterday

Stephen Brodie commented on Julien's group The Music Box
"The whole world is singing the old English sea shanty The Wellerman. Who Sang It Better: The…"
yesterday

Stephen Brodie commented on Hope's group Imagine No Organized Religion
"Qonspiracy Warehouse How do big conspiracy theories come about? Here's a look at how the…"
Wednesday

Halloween Traditions and Celebrations Around the World 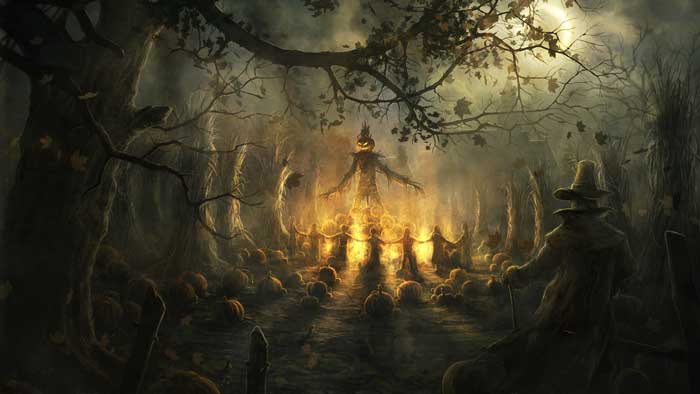 Halloween is one of the world's oldest holidays, dating back to pagan times. But it is celebrated today by more people in more countries than ever before.  there's a simple reason: it is fun and it is good, clean, harmless fun for young and old alike!

First, Where it all started: Ireland

In Ireland, which is considered to be where Halloween, the day is still celebrated much like it is in the United States. In rural areas, bonfires are lit as they were centuries ago, and all over the country, children get dressed up in costumes and spend the evening "trick-or-treating" in their neighborhoods. After trick-or-treating, most people attend parties with neighbors and friends. At the parties, many games are played, including "snap-apple," a game in which an apple on a string is tied to a doorframe or tree and players attempt to bite the hanging apple. In addition to bobbing for apples, parents often arrange treasure hunts, with candy or pastries as the "treasure." The Irish also play a card game where cards are laid face down on a table with candy or coins underneath them. When a child chooses a card, he receives whatever prize is found below it.

A traditional food eaten on Halloween is barnbrack, a kind of fruitcake that can be bought in stores or baked at home. A muslin-wrapped treat is baked inside the cake that, it is said, can foretell the eater's future. If a ring is found, it means that the person will soon be wed; a piece of straw means that a prosperous year is on its way. Children are also known to play tricks on their neighbors, such as "knock-a-dolly," a prank in which children knock on the doors of their neighbors, but run away before the door is opened.