"Hello Stephen! If your reading these words I would just like to point out that the Raelian movement…"
4 hours ago

The recent polling numbers on atheist voters show that around two-thirds are voting for Hillary. Maybe a little higher, or lower by now, but apparently the majority of us think that Hillary will do a better job. This, even though we know she promotes faith in her stories and life. Hillary believes that you need faith to overcome those grim life occurrences that happen in some way to all of us. Donald is probably not religious in many aspects. He doesn't know the bible's words, he doesn't appear to practice any of the "good" book's teachings, except possibly those that most of us find abhorrent. Yet the atheist majority seems to reject him. The evangelicals voting for him seem to finally have admitted that they are not now, or probably have ever been, a moral agent in this country. Instead of hiding their misery behind the closed doors of the church they are now in the open showing us their disregard for humanity, for anyone who isn't one of them.

Regardless, is there a clear cut critical thinking path to voting for Donald? There are those who are voting for Jill or Gary, or maybe they're not voting for anyone, which would be unimaginable to those who are trying to shape the country into one that is more welcoming to atheists. We know that the conservative party is not our friends, but then again Log Cabin Republicans know the party isn't exactly favoring them as well. 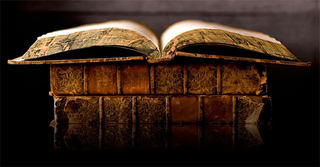 I think this brings up several points. When it comes to acceptance, are gay republican conservative groups involved because they want to change the "based on religion" opinions of the right? If so, are atheist conservatives doing the same? Wouldn't seem the way to go, but surely there'll be an atheist conservative that'll read this and let us know why he supports a party that as far as I can tell, doesn't support the majority of the population.

Critical thinking should play a part, a very large part in any decision we make. Yes, we have biases and perceptions that will almost always sway us. Yet if there is thought behind a decision it should be able to be discussed. Arguments from concrete facts would seem to point to Hillary, who even with her embrace of a fantasy, still holds on to reality in ways that atheists would like to see from a person running the country. 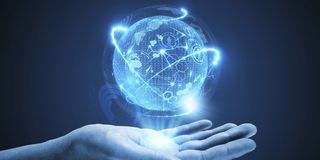 Many of us are fans of science, it satisfies a need for real resolutions to particular problems we may encounter if there is one. Over at sciencedebate.org they have condensed the answers to many questions that relate to atheists. No candidate received a great review, but Hillary is the best out of the bunch when it comes to acknowledging reality. That would seem to resonate with non-believers when it's time to vote.

Since the republican party is now the party of white christians, how would conservative atheists be able to support those that do not support them? Conservative atheists are not some biblical mythical creature, they exist. This post is in no may meant to disparage, it is to encourage discussion. There is a reason, a feeling, a perception, etc., that guides us in our thinking. 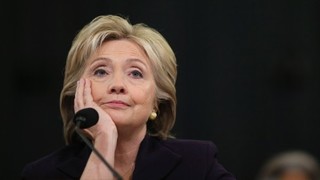 To be perfectly clear, I have already voted and I voted for Hillary. I waited until after the third debate to let them both make their case. I supported Bernie and would rather have had him running for president, but he's not an option. What he did was to change the democratic platform to a vastly more liberal one than it would have been without his well thought out contributions. I don't personally care for Hillary, but again, she's not stopping by for dinner. I can't stand Trump's arrogance but again he is not stopping by anytime soon either.

I voted for a platform, not a candidate. I am very interested in opposing views.

Evangelicals have shown the world that they are lacking in judgement and basic human morals. Good for them. =)

? Why do envangelicals seeme to support Donald Trump?

You see what the Christian right think, it doesn't matter if Trump is a real Christian he walks and talks like one.

This shows you what evangelicals really believe in, money.