We've had months of lunacy from the conservative party even when ignoring the orange guy. Federal, State, and local, governments have been infiltrated by the god-botherers. Nothing new here, it has been going on for decades, but it appears that this disregard for the separation of church and state has hit the boiling point. 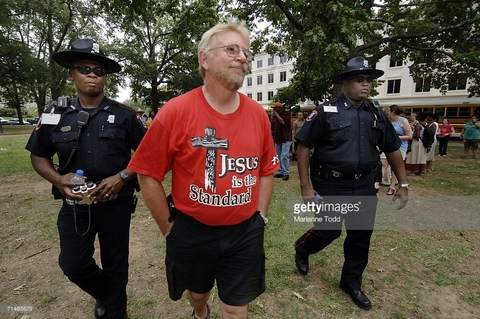 Groups defending religious freedom are making enough noise to be heard. Alliance for Freedom claims they oppose all attempts to compel people to compromise their beliefs or retreat from civil and political life as the price for following their faith. They use the first amendment to advance their cause, and that cause is bigotry and intolerance. They boast that they've won cases against Obamacare because their beliefs are more important than your health. The law of the land is not their law, their law comes from above. They involve themselves in treason and get away with it. Of course, the fight is centered around women's health care more than anything else.

The battle against women controlling their reproductive organs continues. Here again, religion wants to triumph over the rule of law. Fourteen states have introduced bills this year to restrict women's health, and thirty-one states that have passed regulations restricting women from access to Planned Parenthood. What is worse is that human law is being usurped by God's law, and we allow it. 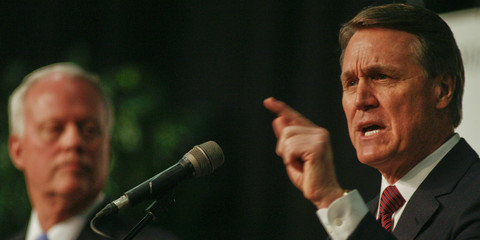 Then we have the honorable Senator from Georgia David Purdue decided to pray for our president. This terrorist stated "I think we should pray for Barack Obama, but we need to be very specific. We should pray like Psalm 109:8 says: Let his days be few, and let another take his office." He has played it off as a joke, but it's not a joke when you want your constituents to pray for the president's demise. That Psalm continues with:

"Let his children be fatherless, and his wife a widow.

Let his children be continually vagabonds, and beg: let them seek their bread also out of their desolate places..."

This is just another day in America, where the religious try to control the basic functions of being human.

Politics and religion make for strange bedfellows, to say the least. North Carolina and Missippi have both enacted laws to terrorize the marginalized. If you're a transgendered person, say a man who feels his gender identity is female, you are not allowed to use a bathroom designated for women. His only choice now is to walk into a men's restroom while wearing his nice dress and high heels, I'm sure that'll work out well. The religious are excellent at making non-problems problems. The transgendered community has been using bathrooms that reflect their identity for a long time and you never hear of any problems. Apparently the religious must control every bodily function humans have. 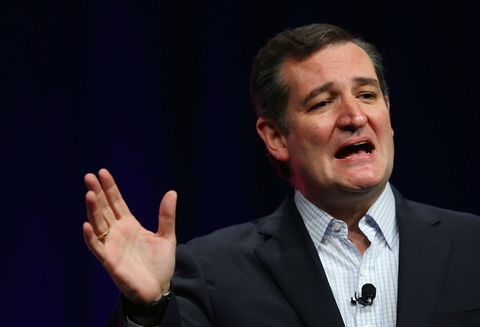 Although the conservative primary is over, you have to remember that every one of them is speaking to God. Ted Cruz proclaimed he was a "Christian first, American second." One of the reasons he was so scary is because he didn't respect American rule of law, only the bible needs to be followed. Mike Huckabee was also promoting a nation ruled by God. “We cannot survive as a republic if we do not become, once again, a God-centered nation that understands that our laws do not come from man, they come from God.”

In the early morning hours today in Orlando FL, another mass shooting has taken place. Authorities are looking for reasons and have designated this a terror attack. The wording on this is the same whenever it is directly related to religion. Since Islam is involved in terrorism across the world, they are looking at that possibility and are calling it was it is. The other thought is that it is a hate crime. The establishment that was targeted is a gay night club. This is described as a possible far right wing terrorist act, even though we all know why gays are targeted, it is because God says so. It does appear that the shooter was Muslim, a man who's father says he couldn't stand seeing a gay couple kissing. 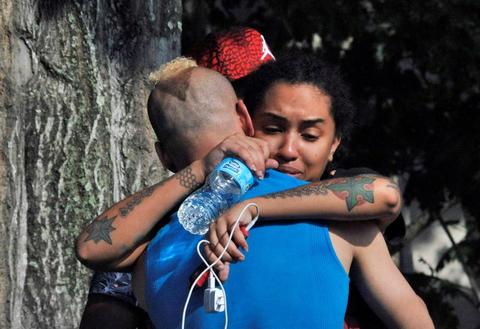 We will never hear anyone call the killing of doctors who perform abortions, or the bombings of clinics, or the harassment of women who are patients, or the killing and harassment of members of the LGBT community what they really are. They are crimes committed by Christian terrorists that flourish in the same manner as Islamic terrorists because a government embraces a particular form of religious nonsense.

Christian terrorism is a problem. It does not matter who we elect this crazy election cycle when it comes to the god-botherers. Every political figure, whether they are religious or not, will be spouting the same nonsense, "God bless America." They will continue to support and embolden those who take their orders from a nonsense God who gave us a nonsense book of nonsense laws.

How can it be xenophobic to suggest they we take seriously the statements of people who commit these acts of terrorism when they say they are doing it in the name of Islam. Do we just ignore them. Its just to easy to bandy the accusations of Xenophobia. I don't hate anyone, on the contrary I'm an internationalist I believe in the friendship of the peoples. But I don't close my eyes to reality.

Even though I hate the 'Tune, amazing Grace" I love your pipes.

I love those pipes

I hate the song "Amazing Grace" It must be simaliar to the "Happay Birthday" Song - in that it has no 'culture.'.

I have always like the melody. I strongly disagree with the lyrics.

All religions are based on something more or less dogmatic. No religious belief can succeed without some sacred hook(s). How else can the sheeple stay hooked except thru a seasoned daily phobic dose, tactifully administered by talented holey men and women? And terror is always the guest of honour albeit in various masks and decorations. That's why their "nonsense" makes more sense than the universal natural laws. And they start with the most vulnerable population segments: the youth, the poor, and the suffering. If anyone would like to have a strong ripost, then be ready to start an atheist movement that incorporates a certain "dogmatic hook" to call inherently individualistic atheists to order. A new religion will have thus been born, and the non-religion tenet will have gradually vanished! It's tricky, Neal!

Is democracy a form of religion?

Looking at our Representive government in the U.S. I see how corrupt it is.