Loren Miller commented on Loren Miller's group Quote Of The Day
"If God wants something from me, he would tell me. He wouldn't leave someone else to do this,…"
yesterday

The title says nothing. I'm not even sure if many political atheists exist. There are atheists that are drawn to a certain party because of who that atheist is, but possibly not so much what the party stands for when it comes to the right of center. Although most atheists on social networks appear more left than right, 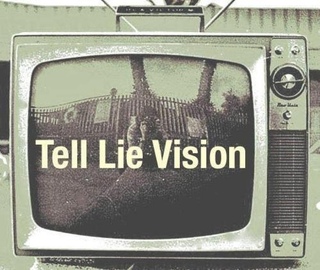 There is an information gap in the politics of the States that makes it difficult for an atheist to grasp the conflict. Media has become social network trolls, grabbing our attention with headlines designed for just that reason. It is not a reasoned approach, it is not a factual approach, it is a warrior approach. Our data is twisted, it is meant to create an emotional response, meant to enrage us. The media does not speak our language. Reasoned discussion is prohibited, understanding our opponents views is definitely discouraged. We cannot be compatriots.

U.S. politics are a disaster.

Progressive policies would appear to favor atheists since most of the country doesn't really care for us that much. But generally speaking, Americans seemingly vote for a party because they're angry, or 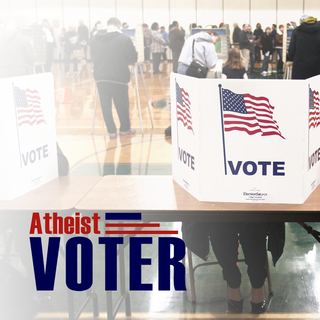 afraid - not because of a vision of a reasonable future for the world. Many of us have friends and family who share different political views, but for the most part, we find common ground every day of our life. If we didn't humans would have destroyed each other by now. Possibly the propaganda machines will continue to manipulate us until we do, but we're still here for the moment. We do not hate each other, since once you talk to someone and understand somewhat how we differ and where we agree, we can be comfortable sharing abodes, towns, cities, etc. As long as someone is an unknown, a mystery, then we can hate.

Still, we are the same. Atheists are also willing to play games. We are no different. On FB there is a National Atheist Party page. Sounds political, but their byline on google is that they're a "non-prophet organization." Their page displays what you would find on any atheist page, anti-theistic messages. Nothing about politics I could find before getting bored. There is a usanap website that is about politics, and apparently, they need help. Do atheists care about politics? Since we are not winning any beauty contests, should we be involved? Are we passionate? More importantly, does any political party court our vote? Besides our current president mentioning us in a few stump speeches, no one I am aware of has consciously courted the vote of millions of atheists. Will we be silent as we have in the past, whether by desire or rejection or will we open our eyes?

It's a scary world for an atheist in some areas of the country, in other areas not so much. We can, and should be involved in whatever capacity we can. If in an area that dislikes who we are, there's always an online presence needed. For those in friendlier areas, our faces need to be seen as well. We need to shape elections, not those who only respond to hate and fear.

Your picture is lacking just one street sign: Sex!!!!

Those are the officially 3 taboo discussion topics: Religion, politics, & sex.

Nice, and correct. Sex is not something that even some atheists I know are comfortable discussing.

My own personal opinion of politics is that it is an archaic primitive method of governing that is not meeting the needs of a modern world or humanity. Our monetary systems, and the form of capitalism we use are rooted in dogmas, corruption, and ideologies of faith. These institutions defy the laws of physics. The continuation, and participation in these institutions are in direct conflict sustainability, and life on this planet. Politics is not rational or logical. It is rooted in self interest and ego.

Most of atheists and the like really feel it's time, but the very nature of atheism stands in the way of politics in its current connotations. Freewill and the do-no-harm principle will keep theist movements ahead of us for another couple of generations, because the reasoned discussion is not likely to prevail soon. I do agree with Neal that "We can, and should be involved in whatever capacity we can." And there are several clues that this century is the best for non-religion success. Thanks for the post, Neal.

In my younger days I have to admit I only ever knew leftwing Atheists, but that was mainly due to me working in the labour movement. But now I'm just as likely to come across a tory Atheist then I am a socialist or liberal one. Mind you conservatives in Britain don't necessarily carry the religious baggage the American republicans do.

Thanks Tom very interesting. Boy, I bet they wished they could have seen the future. Look who they've ended up with. The Donald.

Later the Republican party also joined with the "Christian Coalition"

The Christian Coalition of America (CCA), a 501(c)(4) organization, is the successor to the original Christian Coalition created in 1989 by religious broadcaster and former presidential candidate Marion Gordon "Pat" Robertson.[1] This US Christian advocacy group includes members of various Christian denominations, including Baptists (50%), mainline Protestants (25%), Roman Catholics (16%), Pentecostals (10% to 15%), among communicants of other Churches.[2][3]

The Republican and Democratic parties have changed over time - which is one reason I'm registered to vote with no party affiliation.