Chris B commented on Doone's group World History
"Great! I enjoyed the mosaics in Naples enormously and this is just as beautiful!"
3 hours ago

Chris B commented on Sydni Moser's group Coffee Break
"That explains a lot, thanks! Such a destruction!"
4 hours ago

Loren Miller commented on Loren Miller's group Quote Of The Day
"Totally agreed! It's great to see you again, Joan!"
9 hours ago

Stephen Brodie commented on Loren Miller's group Quote Of The Day
"Good to see you back Joan hope everything is good with you."
9 hours ago

I think both theists and atheists don't realize the full ramifications of Russell's Teapot. I would…See More
10 hours ago
0 Comments 0 Likes

Joan Denoo commented on Sydni Moser's group Coffee Break
"@Ian,  here is an answer from " "CLIMATE PREDICTION CENTER/NCEP/NWS and the…"
11 hours ago

Mrs.B commented on Sydni Moser's group Coffee Break
"I swam in this lake years ago."
12 hours ago

Mrs.B commented on Loren Miller's group Quote Of The Day
"Good to see you, Joan."
14 hours ago

Joan Denoo commented on Loren Miller's group Quote Of The Day
"Thanks, Dan Baker, for your wisdom! And thanks, Loren, for your post. "The agnostic says,…"
14 hours ago

Mrs.B commented on Adriana's group Freethought and Funny Bones
"Hahaha.....sounds like Rick too."
14 hours ago

Mrs.B commented on Loren Miller's group Quote Of The Day
"And a good author."
14 hours ago

Stephen Brodie commented on Adriana's group Freethought and Funny Bones
" Mrs.B I don't know about Snore Dog but I've been told that's how I sound…"
14 hours ago

Mrs.B commented on Sydni Moser's group Coffee Break
"Heat Dome in  summer, & these Atmospheric Rivers are totally new terms to us."
15 hours ago

During the last week, we have seen our new conservative government manipulate the process of vetting Trump's cabinet selections. The first attack was against the United States Office of Government Ethics (OGE). It was an odd battle to start off with and was met with enough civilian and government backlash that it was dropped. While occurring, I didn't understand why they would go after an independent agency that kept members of government on the up and up in their dealings.

Soon after they dropped the issue, it became very clear. Many of Trump's picks for his cabinet have not been vetted, and it is the duty of the OGE to vet those who would become part of Trump's cabinet. It is misdirection, the misdirection that has been at the heart of Trump's campaign from day one.

This is just one of many ploys on the president-elect's arsenal. Although a little sneaky, I've gotten used to it. Whenever he comes out with something outrageous, I look for what he's trying to cover up. Although Trump is a problem, the congress is where all hell is breaking loose. First order at hand, get rid of the Affordable Care Act. Republicans have wanted this for years, so it is no surprise. They've also wanted to remove any government funding for Planned Parenthood, and have attached to the bill to repeal the ACA a provision to remove funding for PP. Although there are female conservatives in congress who will not vote for this - so the repeal is probably dead as it sits - with Trump coming to office states are feeling empowered to get rid of it themselves.

On December 20th, Texas finalized a bill to cut off funding for PP in their state. Iowa, Kansas, hell, every red state full of teenage unwed mothers wants to stop the funding. I know this is not new, but with Trump's support, we could be seeing changes never dreamed of.

And we all have to remember, this is solely God's will. There is no real opposition to PP that doesn't center on religious beliefs. The first amendment is being rewritten. Do you want to protest the inauguration? Don't think it will be like it has been in the past. The common areas for protests have been blocked, but we'll find you a place out of the spotlight. Women marching the day after to protest Trump's anti-woman agenda cannot be allowed. When original sin rests in your hands, your voice should be silenced. Public schools were created to educate our children without being a part of any specific religious group. The fight has gone on for decades and decades. Creation "Science" and teachers who think they can insert religion into public school whenever they desire to, ignore the 1st Amendment because of course, God is more important than democracy. Trump's selected Secretary of Education DeVoss wants charter schools to be more prominent in education, basically replacing public schools, so we can get back to teaching myth and conservative values.

Let's face it, since the 80s God's warriors have been on the move while we watch mostly silently. I'm thinking this will be an all out war in the months and years ahead. I mean, we have a vice-president who didn't, and maybe still doesn't, believe that smoking cigarettes are in anyway harmful to humans. Who thinks that religious freedom means that Christians can denigrate and refuse services to anyone that doesn't hold their stupid fucking beliefs. The anti-science movement is running wild.

You have to really look at Pence to understand how close we are to a theocracy and a new constitution based on God. His stubborn opposition to including the LGBT community in the definition of hate crimes; God's will. His opposition to abortion; the jackass actually voted to criminally punish doctors who performed abortions. Gays shouldn't be in the military, the only safe sex is no sex since condoms do not protect you from STDs says the professor of bullshit.

This past election cycle has consequences of all kinds, Trump's attacks on journalists show that he has no respect for the constitution, Pence wants an all out war against drugs, he's against expanding healthcare for children, but the worst of what has happened is religious based. 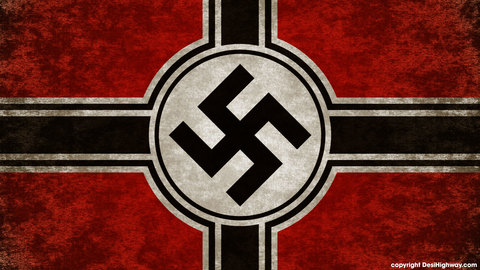 I am appalled by these charlatans. We have a government that will be based on religious myths, and that horrifies this atheist. You can stand up or your voice will be extinguished. Being a union steward for a while in my life, I know the importance of standing up for all. Once you let a person or group fall, you lose that wall of protection. Although I hate rehashing the old statement, it is as true today as it was then.

"First they came for the Socialists, and I did not speak out-

Because I was not a Socialist.

Then they came for the Trade Unionists, and I did not speak out-

For I was not a Trade Unionist..."