Loren Miller commented on Loren Miller's blog post The Problem With Miracles
"I think we can accuse usage of the word, "miracle" with laziness of thought.  The…"
8 hours ago

Grinning Cat commented on Loren Miller's blog post The Problem With Miracles
"Hey! Miracles like water into wine do happen, at least if you can trust photographic…"
8 hours ago

Grinning Cat commented on Loren Miller's blog post The Problem With Miracles
"... Much as those of my ilk may joke about problems caused by "FM" (as in F***ING MAGIC!)…"
8 hours ago

Stephen Brodie commented on Loren Miller's blog post The Problem With Miracles
"The term miracle is thrown about nowadays like confetti. I was thinking of someone and lo and…"
8 hours ago

Grinning Cat commented on Loren Miller's blog post The Problem With Miracles
""I would tolerate the existence of miracles ... if miracles are ... effects with well-hidden…"
8 hours ago

Loren Miller commented on Loren Miller's blog post The Problem With Miracles
"Thank you, Terry.As an retired engineer and troubleshooter, I had to be grounded in reality. …"
8 hours ago

Terence Meaden commented on Loren Miller's blog post The Problem With Miracles
"That's a nice piece of writing Loren. As for English dictionary definitions of the word…"
8 hours ago

Loren Miller commented on Terence Meaden's blog post On Miracles
"Done and done, Terry.  Have a look here."
9 hours ago

“You see there is only one constant. One universal. It is the only real truth. Causality. Action,…See More
9 hours ago
7 Comments 2 Likes

Mrs.B commented on Loren Miller's group Quote Of The Day
"Smarter than many in government."
9 hours ago

Stephen Brodie commented on Loren Miller's group Quote Of The Day
"Opinions and feelings are meaningless unless they are in support of facts."
9 hours ago

Loren Miller commented on Loren Miller's group Quote Of The Day
"Obviously, owls give a hoot about this!"
10 hours ago

Grinning Cat commented on Loren Miller's group Quote Of The Day
"These fine feathered friends might want to have a word with the skeptics John Oliver mentioned:…"
12 hours ago

Mrs.B commented on Hope's group Imagine No Organized Religion
"These are such good videos!"
23 hours ago

So you're an Atheist

Good news! You've decided not to be wasting oxygen whining to your invisible friend all day. The earth would shout hallelujah if it was able. You've decided that living your life according to myth has some very bad consequences and that you'd rather take a pro-human stance in living. Congratulations. 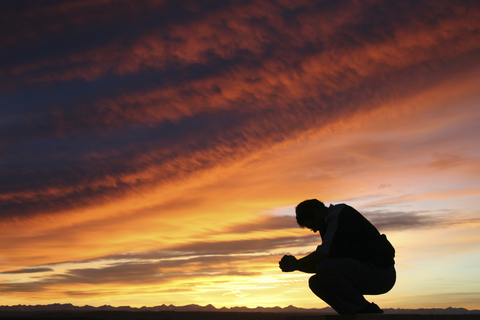 There are many non-believers whose daily thoughts never center on religion. In fact, I would bet that most atheists would never think about the subject if it wasn't for the minority that would like to control our lives based on their imaginary friend. Many of us now did not grow up with prayers and church. Many of us never bowed our heads to anyone or anything, except possibly for parents while they were correcting our bad behavior. We do not bow our heads to nothingness, we do not raise our hands to touch the glory of nothing. We live here and now and are proud to do so.

Yet, is there some delight in standing for nothing? This conversation comes up every so often on this site and others. People get indignant about definitions and labels, but we are something as opposed to nothing. Atheism is just the acknowledgment that there are no gods, nothing more. It is not negative "belief" since using that term signifies that belief means something when it pertains to the unknowable, and at best, that is a slightly awkward stance to take. In everyday conversation, is it not difficult to only maintain what we are not, instead of what we are? If we only concentrated on what we are not, we would never make any inroads towards a society that fears the reality of life and death. Many of us decided we'd had enough of religion's encroachment into civil society, we attacked, and still do, the weak premise of the supernatural with logic, with critical thinking, with common sense. How that translates to a society that is seemingly becoming more uneducated every year is a mystery. If they do not share our desire to look at the world and see what it is, then what we say becomes increasingly important when it comes to society accepting non-believers.

Many dislike the term atheism. They believe that it stands for nothing, that it only says what we are not. We are not believers. It is true that people may not understand the nuances of the term. Saying we don't believe in myth also means we believe in this world and only this world, but people do not understand that. I think that by using the term atheist without longwinded explanations does not help us.

I've come to use the term secular humanist. It may not explain everything we really are, but when it comes to understanding it may help. Many believers - those who are not fundamentalists - can be and are humanists. They can understand the desire to be concerned about our fellow man, about the world we live in, about poverty and disease, about what makes us all the same. It is a term that is understood to stand for something. It is something that can be shared with our religious friends that they can grab onto, something that will resonate with their worldview.

We should be able to join hands with those who promote the same values that we hold, regardless of belief our lack of. To integrate into society, at least, American society, we need to make sure people know who we are, not what we are not. We should be an example of how humans can be full of grace, without needing a flawed deity to direct us. In fact, we should be better because we understand the harm that thoughtless belief and subjugation can, and does, bring to the world.

Tell us, who are you?

That's right it is liberation. We musn't let others define what we are.

What does that mean? The unknown.

Singularity is what "god"  is.

I'm down with David Silverman's school of thought as it comes to terminology and self-identification.  If asked what my religion is, I will say without blinking that I am an atheist.  The virtue of that term is that, unlike "secular humanist" or "freethinker" or any one of a dozen others is that it is the least likely to be misunderstood.  Yes, it also has a shock value associated with it, a quality I personally like.  It says that I am not afraid of not believing and saying so publicly, and one may imply (correctly) that I'm prepared to back up that initial statement with strong arguments.  When four Jehovah's Witnesses came to my house in 2010, wanting to talk to me, the first words out of my mouth were: "Indeed – I'm an atheist."  When the lead lady professed astonishment at having never met an atheist before and (standard question) asked what brought me to atheism, my response was equally blunt: "Common sense."  I should mention that my own common sense is informed and influenced by my education in science and engineering.

Now ... from that point, I am perfectly willing to expand on my positions regarding beliefs about life, morals, et cetera, but there is no vagary to where I stand regarding any form of irrational belief system.  I don't believe them, nor do I respect them.

I am an atheist.

I volunteered to go overseas while all the terrible "ISIS" shit was erupting.

The lawyers helped me fill out a will.

The deployment person Yada, Yada Yada asked what religion I was.

I replied "NONE"  the stupid government official asked " You aren't an atheist are you?"

Mikey Weinstien and his group is important.

Yer damned fuckin' skippy, it's important ... and deserves a lot more attention than it's getting.

Here is a better link.

The Military Religious Freedom Foundation (MRFF) is dedicated to ensuring that all members of the United States Armed Forces fully receive the Constitutional guarantee of religious freedom to which they and all Americans are entitled by virtue of the Establishment Clause of the First Amendment.

Over 40,000 active duty, veteran, and civilian personnel of the United States Armed Forces have come to our foundation for redress and assistance in resolving or alerting the public to their civil rights grievances, with hundreds more contacting MRFF each day. 96% of them are Christians themselves..."

I threw "Wathch Tower' rags along my walkway along with chalk outlined of dead bodies to keep them away (Joke).

Jehova's Witnesse, Quakers, and other groups protect our freedom from Nationalism.

In my case, I got one visit a year from the JWs between 2010 and 2012.  They asked vacuous softball questions which I met with a Louisville Slugger, always polite, but zero tolerance for bullshit.  I suspect that, after three years of getting more than they bargained for, they decided to quit while they were (not) ahead.

From me, it simply means that I agree with it and support it wholeheartedly, Tom.  A lot of people think they can throw out a question like that and get some nice vanilla answer most times – not from me – and most of us have heard that old saw about not asking a question you don't already know the answer to.  Christians look like they do this all the time because they figure they're in the majority.  These days, it's more like a plurality and a shrinking one at that.

They need to learn that ... and this is one lesson.