Loren Miller commented on Loren Miller's group Quote Of The Day
"If God wants something from me, he would tell me. He wouldn't leave someone else to do this,…"
22 hours ago

We've talked many times about "enablers;" those that support religion at any cost. Liberal theists who are more accepting of reality than their conservative brethren seem to be harmless, but they take no real action to stop the more harmful elements of their chosen religion. The pacifists always back down, they have to. You cannot both be religious, yet not support the religious. There's always an area where they think all belief should be respected, which is why many think the enablers are as bad, or possibly even worse, than their more aggressive counterparts.

The "No True Scotsman" fallacy is another way of covering up religion's crushing grip on the world. If a believer takes an action that horrifies the world, they are not a true theist. Theists refuse to take responsibility for the actions of those of faith, the actions that many times are caused by that same faith. To continue down the road of faith and madness, you really must blindfold yourself to the evils that are created by belief.

Religion  effects humans on a global scale, more so now than ever in our short history. The conflicts brought about by whose god is better than the other has always been a blight on humanity, but as technology becomes more commonplace it allows the insanity to spread quickly. What was true in the past is still true today, religion fights science in every manner conceivable. That fight is leading us to to the annihilation of our species. Climate change is one of the biggest threats to this planet. Religions are starting to embrace the science sporadically, but as always it's too little too late. Pope Francis embraces Climate Change as a fact; that's really nice of you but you're decades late. And herein lies the problem. While the faithful fight reality, we lose our chance to take the actions that would counter the problem. Religion has us shackled with a ball and chain that slows our need to react to the world's problems.

An American problem is the foul unity of politics and religion. A Handful of republican presidential hopefuls have rebuked the science of climate change. The ones that accept the findings still have no plans on doing anything to combat the crisis, they are in the pocket of our local billionaires who make millions polluting the earth. American evangelicals who are always at the front of the anti-science movement, seem to be leaning towards the stewardship angle in the last year or so, but again, they vote for those who have stated they will do nothing to combat the problem. And even as some of the faithful decide on action, there is still a large group that states any action will bring harm to the poor while not really accomplishing that much.

Here again we see the ignorance of faith. Faith only concerns itself with what technology is available at the moment, and doesn't look forward to investing into new technology that may help. Politicians put science in the poorhouse, if you don't have the money for research, you can't help us. Life sciences are under attack in the states. 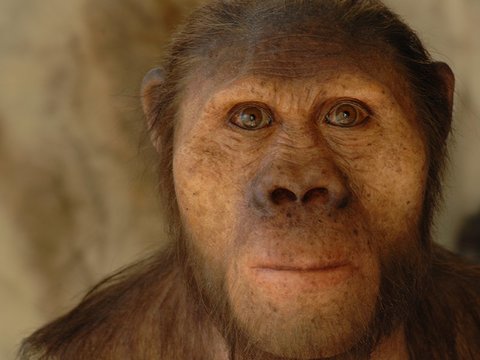 Evolution, such a center part of all the life sciences, is still debated by theists. There is no debate unless you are one of the faithful. The only reason to deny the obvious is because of god. Our lives right at this moment would be enriched if religion never came into play. We'd be living healthier and longer lives, excepting for the incredible battle that has been waged against us by the believers. Our suffering is directly related to the obtuse thoughts of the brainwashed. It is on their heads, the blood is on their hands. Disease is their gift to humanity.

We need to understand how species react to environmental changes to minimize our threat to the planet and to help save endangered species. We need to know how parasites evolve to keep us healthy. Cancer research, agricultural techniques, mutagenic substances; every part of life on this planet benefits from embracing this reality. Again though, the faithful would rather embrace death and disease than to admit their god did not create man.

In 1859, Darwin's "On The Origins of Species" was released. Sixty years ago the catholic church started to embrace that reality, even though they're still jumping through hoops trying to reconcile that thought with their god. But we're still talking almost a century before the church would acknowledge the science. A hundred years of progress restrained by belief. 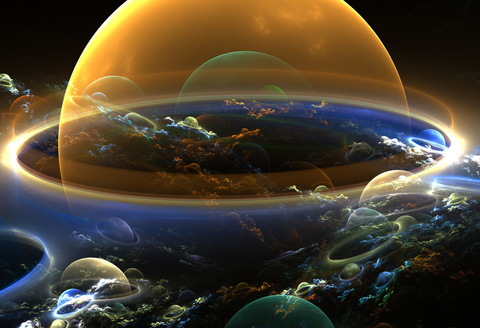 The beginnings of our universe has always been a battle. As recently as in the 1980s, the pope admonished scientists against studying the moment of creation, since it was holy. Regardless of which view holds true, whether there is a true beginning of the universe, or it has always been in place, why would anyone want to stop research? It does no harm except to unprovable beliefs that restrict humans in every endeavor.

I think Stephen Hawking replied to those who need a divine creator correctly. "What was god doing before the divine creation? Was he preparing hell for people who ask such questions?"

As long as the believers need to fight for their belief by denying reality, faith will be the death of us all.

Neal, this was one of the most well stated observations of how the faithful live for death.  Thank you.

Hey Becky, thanks. Glad you liked it. The unfortunate part is that at least to some extent, it is true. Why worry about the planet and its resources, god will just renew everything when he needs to. Why research any of the life sciences, god works in mysterious ways.

Of course living for death is the basis of religion. Follow the idiot rules, sit back and relax, real life starts after death. It's okay if you're poor, if you're sick, if you're harmed, it'll all be better soon; when you're dead. I guess there is some unfortunate truth to that statement. =)

"It's okay if you're poor, if you're sick, if you're harmed, it'll all be better soon; when you're dead." - You can surely see how such a fatalist philosophy could be used as a carrot on a stick for a poor, destitute, subjugated people --

Exactly where I was going with a reply after I read Neal's response.  Don't worry about how horrible your life is now....believe it all gets better, no, better than better, after you die....religion poisons everything....and it's going hard on our planet.

But it's a one-way ticket, Becky - you don't get to come back and tell everyone how great it is (or that you've been lied to). For a good example, and in case you're not averse to a morning chuckle, this is worth a read --

Police: Brothers were beaten in church to make them confess

Exactly arch. I'm sure Oregon's christ church is a fervent pro-life organization. Which is really ironic.

And if that couple didn't beat the hell out of their kids to get them to confess their sins, then they would have ended up in hell. These were just well intentioned parents showing their love to their children. Hey, god's love is a mysterious and evil love.

Good one Neal, one of your best.

And one would agree with Mark Twain that if Genesis is true, then god saved the fly responsible for typhoid fever in the ark just so that we can die from disease.

Nice analogy. Yes, god is the god of death, while science is the knowledge of life.