Mrs.B commented on Loren Miller's group Quote Of The Day
"Some xians can't even get along with one another."
10 hours ago In America, even though sixty-two percent of us understand climate change and its ramifications for life on this planet, we still have a government that denies the problem. Out of that majority of Americans that understand the problem, there are believers among that group who still think God almighty will take care of it. It is why we are losing our place in the world, we've embraced pretend to an extent that reality is doubted.

Science is taking a back seat to wishful thinking, logic and critical thinking are thrown by the wayside, and miracles are common. We think that religion is losing its sway on the populace - and it has been - but now we live in a country where the separation of church and state is failing. As those in charge increase funding for charter schools that exist outside of the public school system, the religious fight back. Conservative Christians are gleeful about the very real possibility that they will now be able to brainwash our children by concentrating on Christian values instead of their education. It is very apparent that religion has risen to fight back against the rise of non-believers in the country. Where else do states/municipalities help build Noah's Ark? Even while failing it still is perverting the minds of thousands of children. Dinosaurs and man living together, man always existing in his present form, every ridiculous lie that is screamed into our lives; God will be obeyed. Everything that religion promotes is a fantasy. Every time someone accepts the fantasy, America's collective intelligence takes a dive.

Religion makes believers lazy. Tragedy? Send your prayers. Nothing that I know of so simply satisfies a human need. No need to grab a hammer and help rebuild, no need to send food or funds to those in need, God will take care of it. If he doesn't it's because he has a plan bitches. Maybe you think that plan has helped you, well hallelujah brothers and sisters! Maybe it hasn't helped you, well there's a plan. No worries, everything will be taken care of, everything is as it should be, amen.

The resurgence, or at least out of the closet, of racism that is dividing America, comes straight from the heart of Jesus land. The southern states that are riddled with poverty, overwhelmed by churches and love for the Confederacy, are just another aspect of the horrors derived from religion. Keep us divided by color, race, ethnicity, belief; religion is the epicenter of the country's unrest. 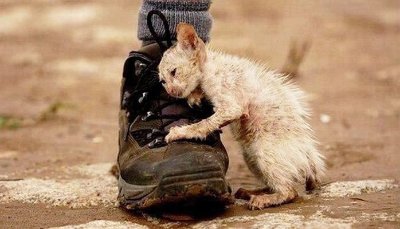 This cloud of belief is a problem for the world. It perverts our natural humanity, it suppresses our intellect, it is destroying what man could and should be; a force of nature that understands the world and takes care of life and the planet. But then again, even if we delve into reality it would be hard to suppress our animal instincts. We're pretty much assholes even without religion, but at least we may have a chance.

This is a familiar topic for non-believers. No matter how many times it is reiterated, it doesn't change anything. Religion is destroying the world and we can only watch. We are observers of a world gone mad.

Its not only in America that science is taking a back seat. All Around the world Theocrats' are making decisions about the world without any reference to science or reason. But a modern America with all its great success in the sciences and technology is the last country one would expect to go down this route. But Trump and his religious supporters and toadies are throwing scorn on experts and intellectuals, falling back on scripture instead. We have to hope this will be reversed soon.

A land of sleeping sad sheep.

A land of sleeping sad sheep.

Both Pence family DNA and George Washington DNA are buried at Rector-Gard Cemetery, Tremont, Ohio.  Rector family DNA at Oliver Springs, Tennessee links one of that town's inhabitants (precisely the same DNA) to Mena, Arkansas, which is a Clinton crime-family link. British MI6 link to Oliver Springs, Tennessee is also a Boteler-Rector DNA link, the Link that Chapman Pincher never knew of. It is the link to Roger Hollis (Too Secret Too Long).

When you say the Pence family, do you mean the Vice President?

People have different news feeds and sources of information.  More information would be helpful.

Additional information would helpful for those of us like my self who don't know the background of your post.   I for example have no idea who Joshua Reynolds, Roger Hollis or the other information you refer to is about.

What does DNA have to do with it. By DNA do you mean nucleic acid, or something else?

Just shows how fast a country can go down, & voting in an idiot like it did is a supersonic accelerator.

Well at the moment Australia ain't far behind them in voting for idiots Starting with Tony Abbot the Scabbot who got the boot as prime Minister by Malcolm Turnbull the Turball and their fight against renewable energy.

Yes just another case of belief over proof. How much proof do you need that belief alone does not work?
Get a clue.

How did 9 hours ago come before 18 hours ago in this thread's sequence?

Chapman Pincher does mention Agnes Smedley, who was not only born in Missouri, she knew Madame Sun Yat-Sen. Gore Vidal was correct: "One party, two right wings."

Joshua Reynolds DNA is/was employee DNA of the Clinton crime family. The Roger Hollis link to Joshua Reynolds is that Roger's brother, Christopher, attended Balliol, and so did Joshua's daddy, which is the theology link.

Permalink Reply by Neal on October 3, 2017 at 8:42am
Hi Mike. I'm curious why you think this post has anything to do with crackhead conspiracy theories?