There is a resurgence of anti-science and anti-humanism in the States. Both the political left and right are embracing nonsense. While the right disdains climate science, both the left and right embrace anti-vaccine mantras, deny evolution, think GMOs are dangerous, etc. As always, religion is the culprit. Not only does it keep reality at arm's length, it also warps our opinions; opinions that are dictated by our personal values. 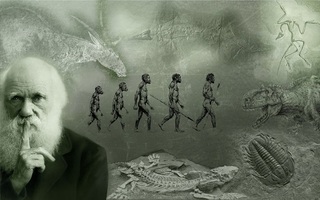 Evolution is denied by thirty-nine percent of conservatives, and by thirty percent of progressives, surprisingly close. GMOs being a hazard are a fifty-fifty split with conservatives, yet progressives think they're unhealthy by a twenty-some point margin. Climate change is a larger disparity, but there's still those on both sides of the aisle that deny human responsibility. The anti-vaccine movement has proponents on both sides of the aisle as well. Politics doesn't necessarily connotate reality on either side, faith warps us all. Magic exists, the reality is a dream.

The pro-birth movement is based on religion, no surprise there. And this is one glaring example of how one's opinions being based on dictated values can twist one's morality. Except for some liberal Christian groups, and Secular pro-life groups, most of the pro-birth group consists of people who want just one thing, birth. They are not interested in what happens to the child afterward, they do not care about maternal or paternal leave, education, health, etc., all that matters is birth. Their values are based on a biblical notion that life is precious and must come to fruition for them to be leading a moral life in God's eye. Here as always, the teachings of religion twist human values. How do you argue with a pro-birther when their opinion is based on supernatural tales? They truly believe what they are doing is moral and just. They truly feel they are doing God's work and will be rewarded. They believe in the lie that we keep allowing to be taught.

They are not evil or heartless, they are religious. They've been brainwashed.

Liberal Christians and Secularists would seem to have better thought out values on this subject. Their opinions on pro-life mean more than just birth, they value life from beginning to end. The notion that life after birth should be protected and nurtured is a truly humanist point of view. The health of a mother is important because they are literally pro-life. Apparently, one can be a humanist as well as embracing some form of religion, it's just not the norm. 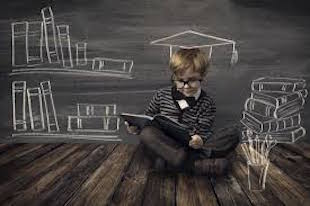 When it's all said and done, all of our opinions on current events are based on the values we have. When your values are dictated, your opinions are childish and uneducated. You have no need to look further, to educate yourself, to concern yourself because you already know.

When your opinions are based on humanistic values, they are much more thought out; the entire painting is looked at, not just the frame. Without religion, values come from our natural human empathy and these values create opinions on how life should be. It would be just as true to say true values are derived from education.

So each side looks at the other as, if not evil, at least a problem. Each side sees themselves as good and moral based on their values. Values instill certain opinions and are what separates us from each other. Whether a political or religious divide, it is all about the values we have been taught, or learned, to care about.

If any political group decides that education is not worth funding or pursuing, it is because the uneducated are the easiest to control. If we are taught that whatever group - social, economic, etc. - we are born into doesn't matter, then we do not fight for justice and equality. All you have to do is believe and you will live an eternally blessed life after your short time on this planet. Religion steals curiosity, morality, humanity, all the things that make us who we could be.

Religion twists our values in ways that may not be readily apparent. Its continuing desire to derive values from simplistic notions will continue to dictate a lazy morality. Until religion embraces education, we will have good people with twisted values having opinions on the world that are not compatible with human life.

Religion twists our values in ways that may not be readily apparent. Its continuing desire to derive values from simplistic notions will continue to dictate a lazy morality. Until religion embraces education, we will have good people with twisted values having opinions on the world that are not compatible with human life.

If we’re to grow up as a species, we need to address the systems that infantilize us.
-- TheraminTrees

That pretty well says it from where I sit.

First I am not a fan of GMO's from a scientific stand point.  Also that proper scientific testing has not been done on most GMO's leaving the American population to be the guinea pigs.  See the documentary, Genetic Roulette.

The second point is that regardless of what superstitions, myths or dogmas's the general population chooses to believe that will not change the reality of humanities situation at this point.  It does perhaps leave the majority ill prepared for abrupt climate change. over population, and resource depletion all converging.  As far as fixing climate change.  That ship sailed long ago.  For those who might survive, it will have to be an adjustment away from life as we know it.

The religion I fear the most is government connected to the myths, and dogmas, of capitalism. It is greatly responsible for the situation we are in.

In Capitalism, there are winners and losers. Great if you're on the winning side.

Science is right - at least at the time - whether or not people subscribe.

GMO's shouldn't be as worrying as the poison used on them.

No religion is going to tell me what to think, how to think it, what I'm allowed to read or watch, how to dress, or have a yearly baby.

It would be best that people indulge their natural curiosity. They'd learn far more than religion could ever teach them, & they can form their own values & meanings.

Have you noticed that there is an increased suspicion of educated people. And our politicians are having to dumb down in order to get elected. The outcome of this is the election of the stupidest person ever Trump.

Amazing how everyone wants the smartest, most advanced babies though, huh?

Corporate media likely played a role in the Trump Presidency.

Good piece Neal. I've also noticed the anti vacciners are growing and I worry about all these children who've had no say in the matter, getting horrible diseases and ending up dead or crippled like the bad old days.

It's one thing, for an adult to choose to not be vaccinated before you jet off to Thailand, for example, but to deny relevant healthcare to a child is just so stupid and dangerous.