Loren Miller commented on Loren Miller's group Quote Of The Day
"The whole thing [religion] is so patently infantile, so foreign to reality, that to anyone with a…"
12 hours ago 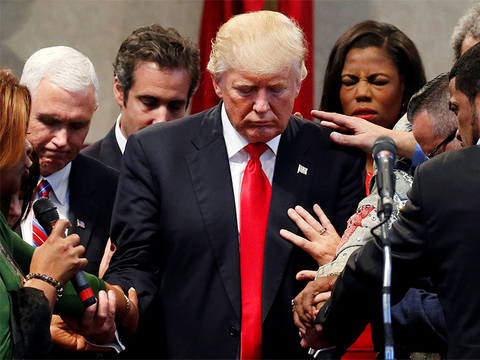 No sulfur or flames, no horned red dude torturer, no flights of fantasy, only day to day living with conservative theists. Just like Islam has their crazy, Christians have theirs as well, and every single one is insane. It is possible when atheists talk about believers we should concentrate on those who do us the most harm. There is no one that creates more anger, fear, and harm, than a conservative Christian.

We have to choose our battles wisely, and conservative Christians are the enemy of all life. The world is theirs to plunder and destroy. The tribe is very closely knit and organized. All over the country, there's some crazy bastard running for the local school board or small town council that will keep reality at bay while endorsing fantasies while the reality-based crowd stays home. We all know this vicious circle, promoting ignorance and fear keeps us ignorant and afraid, which promotes racism and bigotry. Ignorance and fear damn us to a life of horror. 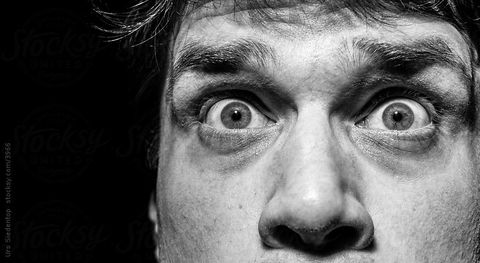 For us who live in conservative areas, we know what drives them. For those of us who live in conservative areas, we know that the neighbor who put up his Trump sign before the last election is the same neighbor who has the motion-sensored spotlight to protect him from his fear. Living in a town of a couple thousand people where some forget to lock their doors at night and aren't worried about it, to the insane guy with spotlights and alarms. It's easy to spot a conservative Christian, they're afraid of the world. Right now our theocracy is trying its best to rip us apart. If you're a minority, you're a terrorist. If you are a white racist nationalist idiot that runs down people, you're not a terrorist. The theocracy is here and it is pitting us against each other so that opposition is scattered and weak. We cannot become a splinter group. We must find common ground with all those that oppose religion's influence in our government, even believers. People can do good in spite of their religion. As atheists, our numbers are growing and our strength grows. Now is the time to join with those that share our goals. We cannot change anything from the outside looking in, we must insert ourselves into the conversation every chance we get.

Hatred is rampant & it shocks me that it in "modern", western countries, in this century.

Very true and sad.  I was watching the Bill Maher show the other day and it depressing how un Jesus like the right wing Xtians are in this country.  They lie, lie lie for power.

I'm a Leninist. Lenin wanted to destroy the state, and that's my goal, too. I want to bring everything crashing down and destroy all of today's establishment. Stephen Bannon
Read more at: https://www.brainyquote.com/quotes/authors/s/stephen_bannon.html

The more we label Christians as "the enemy" the less likely atheists will move forward. Despite being atheist for over ten years, I acknowledge the Christian foundation in my family and the effort my family put into raising my siblings and me. They are hard working people who mean well for their children. Yes it is one experience, but it is a common experience I observe. It is unfortunate Christianity is treated so harshly when it has become considerably moderate. Level out the polarization.

On a side note, I am very thankful to not be in a country like Malaysia where atheists are being "hunted down."

By definition Christian scholars believe the world is 6,000 years old.

Many Christian's aren't moderate. There is a large movement for dominion theology.

When the last tree falls Jesus will come back and will take Christians to heaven.

The "Left Behind" series of books and movies are popular.

I suppose some christian's say "Thank God" I don't live in Malaysia, where Abrihamics call God by a different name.  That would be blasphemy.

If the US can be as open and free as it is today, I consider the Christian society to overall be moderate.

The U.S. might be a better place without Xtian  baggage.

Some may never have lived in a place where not belonging to the 'local' church results in being fired from a job.

Hobby Lobby I worship every ounce of the religious content you stand for. Babies are Gods creation. Coitus in in the name of the Lowered. (Sarcasm)

Great post Neal. Its good that you've drawn the battle lines and recognised the real enemy. Thankfully this is mostly an American phenomenon our conservatives in the UK don't usually have this religious component.

Well Stephen it won't belong since we Aussies tend follow your style of politics more than American style but we are starting to see a rise in religion in the political sphere and one of its actors is Tony Scabott (Abbot)  the prime minister before Malcolm Turdball (Turnbull) toppled him.
We are having a postal plebiscite on the question of legalising gay marriages and Scabott is leading the no campaign. When the reality is that all it requires is 5 minutes of parliamentary time to change the law.

The following may be immaterial. but I find it interesting.

SAN FRANCISCO -- In the wake of the weekend's violence in Charlottesville, Virginia, San Francisco officials are preparing for a planned right-wing rally and possible counter protest at Crissy Field later this month.

The right-wing, pro-Trump group Patriot Prayer has been granted a permit for a rally on Saturday, Aug. 26 from 2 to 5 p.m., according to National Park Service spokeswoman Sonja Hanson.

"By law we have to grant First Amendment permits," Hanson said.

The pro-Trump group Patriot Prayer, which has been described as an "alt-right" group by hate group watchdog the Southern Poverty Law Center, has dubbed its event "Free Speech, Unity and Peace San Francisco."

The group, organized by Joey Gibson, also held an event in Seattle on Sunday, only a day after a rally by white supremacists in Charlottesville, Virginia ended with a man allegedly driving a car into a crowd of counter-protesters, killing one woman and sending dozens of others to the hospital.

Gibson has disavowed that attack in public statements.

Counter-protests are expected at the event, and Hanson said National Park Service Officials and U.S. Park police are working with city police and fire officials to develop plans to maintain security.

"The park enforces a peaceful and safe First Amendment event, so if that changes it will be canceled and everyone turned away," Hanson said.

San Francisco police said security plans for the event are "still in the planning stages," but confirmed they would be taking the recent events in Charlottesville into account.

"We always have to look at these things, whether they be local or national or foreign," Officer Robert Rueca said.

A separate right-wing event, titled "No to Marxism in America," is also planned to take place in Berkeley's Martin Luther King, Jr. Civic Center Park on Sunday Aug. 27 from 1 to 5 p.m. That event's host is listed as Amber Cummings.

A counter-protest for that event, "Bay Area Rally Against Hate," is scheduled to take place at University of California at Berkeley from 10:30 a.m. to 12:30 a.m.