Loren Miller commented on Loren Miller's group Quote Of The Day
"What harm would it do, if a man told a good strong lie for the sake of the good and for the…"
45 minutes ago

Magats in the meat... The cure may have arrived!

The demise of the USA appears to be inevitable. The "red meat" of this nation is "rotten" (full of "magats") and they are reproducing like flies. The latest nail in the coffin is the magats' devastating Roe v Wade victory. Soon, there will be far more of these lowlifes making babies and increasing their population. The only hope that the sane population of US citizens has now—thanks to the new insane guns laws that make deadly guns much more of a danger—is that the gun-crazed NRA magats will embrace their "wild-west" mentality with such enthusiasm, that they may eventually self-annihilate! Problem solved! No deadly magats in the meat. Ha.

Back to the hidden back alley abortions, self abortion, female suicides, moving out of state.....& if caught, they get a bullet....lovely thought.

What a sewer, the USA is. And it's a sewer of their own making. That speaks volumes about their stupidity. No wonder they are all duped Christians and vote for a treasonous orangutan.

I think an orangutan is far more intelligent.

Thanks to the anti-abortion laws, right-wing births are going to create a huge number of UNWANTED babies, i.e., future right-wing voters. It's "the perfect storm".

A disaster on all fronts.

Excuse me, Mrs. B, while I go to my backyard and kiss the Canadian soil I live on.

I'm Canadian too, born in Calgary, live in BC.

I trust you are also a fellow atheist. We Canadians are certainly "blessed" to live in a sane country without the curse of right-wing Christians and gun=crazed NRA supporters. Vive la différence! 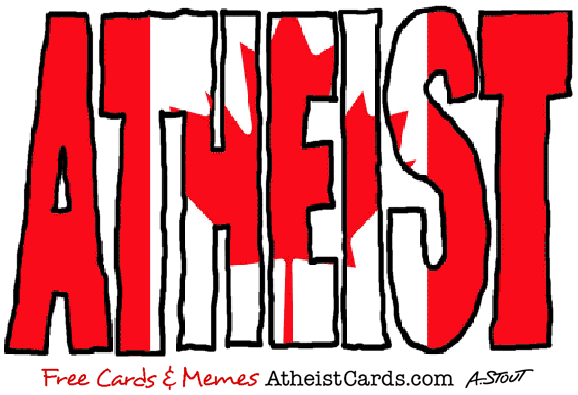 Always been atheist, despite being in moronism, until I rebelled & refused to go.

As a 'Magat', I'd like to propose a solution to what's happening to the USA.

It's unusual, radical, and will no doubt spark an instant reflexive rejection in all right-minded people ....

Here's the idea: we -- Left and Right -- don't want to live in the same country as each other. I could give a litany of why my side finds your side repulsive ... but that would be pointless. The main thing is, you repel us as much as we repel you.  (And please do not think that everyone on my side is a green-toothed semi-literate redneck with brow ridges, although I know that it is comforting to believe that.)

From your point of view, wouldn't it be better if everyone on my side emigrated to, say, Hungary? Or anywhere else?  Then you could read about how horrible we were, just as you read about what's happening in Iran or Afghanistan or China, but not have to worry about it affecting your lives.

Of course, we're not going to emigrate.  But ... we could separate.

In the course of human history, there have been many multi-national empires. The component nations had a large degree of self-rule, but were bound together in a single over-arching entity for 'external' affairs like foreign policy.  A good example of this was the Austro-Hungarian Empire. Here's what Wiki says about it:

Austria-Hungary was ruled by the House of Habsburg and constituted the last phase in the constitutional evolution of the Habsburg monarchy. It was a multinational state and one of Europe's major powers at the time. Austria-Hungary was geographically the second-largest country in Europe after the Russian Empire, at 621,538 km2 (239,977 sq mi)[6] and the third-most populous (after Russia and the German Empire). The Empire built up the fourth-largest machine building industry in the world, after the United States, Germany and the United Kingdom.[9] Austria-Hungary also became the world's third-largest manufacturer and exporter of electric home appliances, electric industrial appliances, and power generation apparatus for power plants, after the United States and the German Empire.[

At its core was the dual monarchy which was a real union between Cisleithania, the northern and western parts of the former Austrian Empire, and the Kingdom of Hungary. Following the 1867 reforms, the Austrian and Hungarian states were co-equal in power. The two states conducted common foreign, defense, and financial policies, but all other governmental faculties were divided among respective states."

We needn't be bound by institutions that worked well in the past, but have become disfuncitonal. The single national state -- where the accident of who is on the Supreme Court can determine critical issues -- works well, when we are culturally homogeneous.  We are no longer that.

But other things can be left to each new nation.

Now this would not be easy, but then no re-alignment of governments and borders ever has been. Study the partition of India for examples of that.

Atheists have shaken off the chains of conventional belief with respect to the supernatural. So I hope that people here will give serious consideration to this idea.  It could save us a lot of trouble in future.  And ... what is the alternative?