Memories linger of community events being shut down

At a day-long African basketball tournament in Sunshine, in Melbourne's west, Navera Ari is happy to be watching her friends compete.

Four years ago, a similar event for South Sudanese basketballers was cancelled after organisers struggled to find a venue willing to host them. 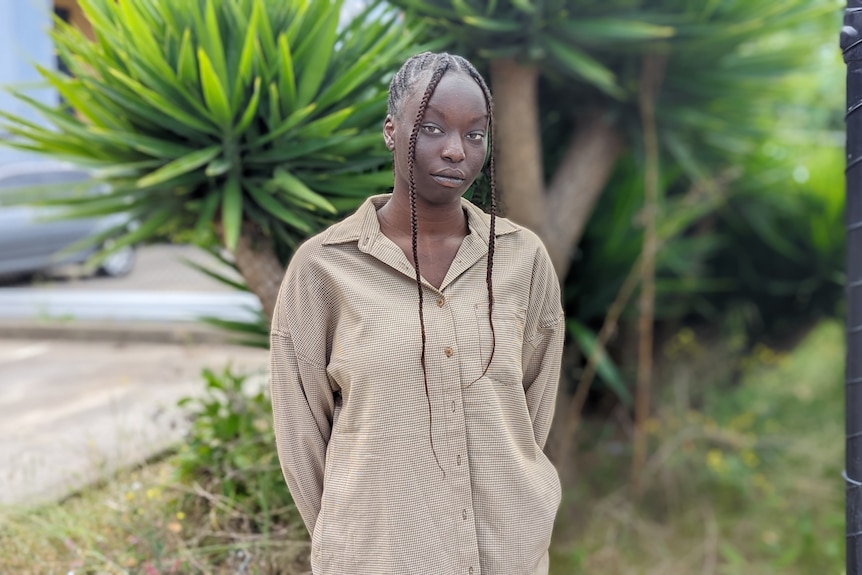 Navera Ari says events being shut down around the last election made it hard for the community to gather.(ABC News: Matthew Holmes)

At the time it felt "pretty sucky" to not be able to see friends, but Ms Ari says the pain was broader.

"A part of human nature is wanting to belong to a tribe or community," she says.

"Not being able to then gather with that community that you found so much trust and so much sense of self within — it's kind of shattering."

African communities in Victoria continue to grow, with most living in Melbourne's northern and western suburbs and some in regional areas.

There is great diversity within communities, and like other waves of recent migrants there are large populations of small-business owners.

Many enjoy large families and have religion at the centre of their lives as members of conservative-leaning Christian churches and Muslim mosques.

These attributes would traditionally see members of the communities align with the Liberal Party, but the 2018 election campaign changed that.

Four years later, is there any scope for the Liberal Party to repair their relationship?

'The majority being judged on the minority'

There was a driving fear threaded through the last election campaign, dominating tabloid front pages and talkback radio.

"We just need to call it for what it is — of course it's African gang violence," now-federal Opposition Leader Peter Dutton said in the lead-up to the 2018 poll. He claimed people were "scared to go out to restaurants" because they were being followed home by gangs.

Peter Dutton referred explicitly to "African gang violence" in the lead up to the last Victorian election.(ABC News: Ian Cutmore)

Opposition Leader Matthew Guy accused the Labor government of "standing by and allowing Melbourne to become the Johannesburg of the South Pacific". While much of the African community rejected what it saw as a broad slur, many also voiced concern about the small number of young people who were invo... and urged governments to address the underlying causes by investing in ...

Akech Aliir remains unhappy about what he calls the media's unfair representation of African communities – then and now.

"It's the majority being judged on the minority," he says.

I'm not quite sure if Australia would be any more racist than any other country. I worry sometimes that the accusation of racism is thrown about too easily, Aus and the UK have come a long way and still have a long way to go but we must celebrate the progress they've made.