RichardtheRaelian left a comment for Demy
""Happy Birthday!""
42 minutes ago

Joan Denoo commented on Loren Miller's group Quote Of The Day
"OK! I strongly agree that I am not a wretch, even as I confess that I am a musical illiterate. I…"
1 hour ago

Mrs.B commented on Sydni Moser's group Coffee Break
"Yes, Rick was just reading it on his news headlines. It's never going to stop."
4 hours ago

Loren Miller commented on Loren Miller's group Quote Of The Day
"Joan, I so associate the melody line with the lyrics as regards those songs that disassociation for…"
7 hours ago

Joan Denoo commented on Loren Miller's group Quote Of The Day
"Loren, thanks; I like "Atheists don't have no songs.""
9 hours ago

Joan Denoo commented on Loren Miller's group Quote Of The Day
"Loren, you missed my point, I disagree with the lyrics of these songs and find them repugnant, as I…"
9 hours ago

Loren Miller commented on Loren Miller's group Quote Of The Day
"The Christian god is a three headed monster; cruel, vengeful and capricious. If one wishes to know…"
18 hours ago

RichardtheRaelian left a comment for Jess
""Happy Birthday!""
23 hours ago

How Would I Have Learned About Hell When I Could Not Conceive Heaven?

When I was a child, my grandma Irma opposed decisively to the possibility of a Catholic education with Jesuit nuns for her granddaughter (Me). Partly because it was obvious I wasn’t learning at school, and partly because she didn’t want the nuns to introduce me to the doctrine of hell. I had autism and I could not conceive the “great darkness of infidelity” where humanity was lying before God sent his Son for its salvation, miraculously incarnate of the Virgin Mother. An Armenian fresco depicting Heaven, Earth, and Hell, at the Vank Cathedral in Isfahan, Iran.

Concerning Hell: What I Did Not Learn

I'd have been taught words like “uncleanness,” “sin,” “penitence,” “Last Judgment”, “God’s judgment and vengeance” (upon those who are sinning), “damned souls” and “grievous fault.” For Adam, when he disobeyed God, was by His command cast out of Paradise. Thus I did not learn that if I “stubbornly” oppose myself to the Law of God, the nuns had the moral obligation to inspire me with “fear of His Judgment.” And if I do not then correct myself, I would be declared a “rebel.” Therefore they would bind me with just judgment.

One who is declared a “rebel” and refuses to return to Christ in humility, and continues in this arrogance, will join the company of those who keep a stone for a heart and remain in infidelity and such people refuse to know the glory of the Church’s beatitude. And until I repent and obey, I shall not be received into the company of the faithful.

One who is declared a “rebel” is so obdurate that in his wickedness he will seek no mercy imitates the ancient serpent, who, when he deceived the first man in Paradise, arrayed all his arts against Man, and Man withdrew from God and adhered to the Devil. And the Devil bound him so closely to himself that Man worshipped his instead of God, and denied God, his Creator.

I bring this topic into conversation because I would like to know who among the people of Atheist Universe are (or have been) Catholics or educated in a Christian Fundamentalist Church and received such indoctrination in childhood.

Your testimony is valuable to me.

I went to Catholic school and we were taught about Hell. It was a place where we would be punished for all eternity for our sins. As a child, it was a bit difficult to have a concept of what could those "mortal sins" possible be! When I was in second and third grade, I went to confession and I told the priest about any silly little thing I had done, such as talk back to my parents, fight with my grandma, told a lie to a classmate, etc., just in case, because I did not want to go to Hell. I thought my parents would go to Heaven and I wanted to be with them when I died. I confess to being scared back then. Pretty soon I started figuring out that all of that made absolutely no sense, and I started having doubts that I did not discuss with anyone.

I did hear all those things you wrote about, Claudia, but I was fortunate enough to stop being scared by them very early.

Same here, catholic school, catechism, confession, guilt, but very early in primary school I was struck by the unfairness of the whole scheme. Its arbitrariness.

They are the ones who taught me the fear of death but even then I could only conceive of it with great difficulty so the prospects of hell did not weigh very much for very long on my young mind. The more I saw how other kids and other adults behaved, it eventually dawned on me that if I gave any credit to their stories, virtually everyone I knew would go to hell.

It was not all bad, of course not. My school was also academically excellent and I had great teachers. I made lifelong friends as well when I was there, interestingly, most of them are atheists too.

Also, the Catholic schools have a tradition of being good for learning critical thinking, a remnant of times when the Catholicism had basically a monopoly on education.

We humans have a real weakness for imaginary rewards and punishments. They are useful  in the real world with real concerns, for they motivate and mitigate us. It's when they extend in wild unverifiable improbable fantasyland (like the afterlife) that they become true problems. The craftier among us will be quick to take advantage of this for control and profit.

All (or nearly all) mythologies have some form of out-of-this-existence reward and punishment realm in their armory. 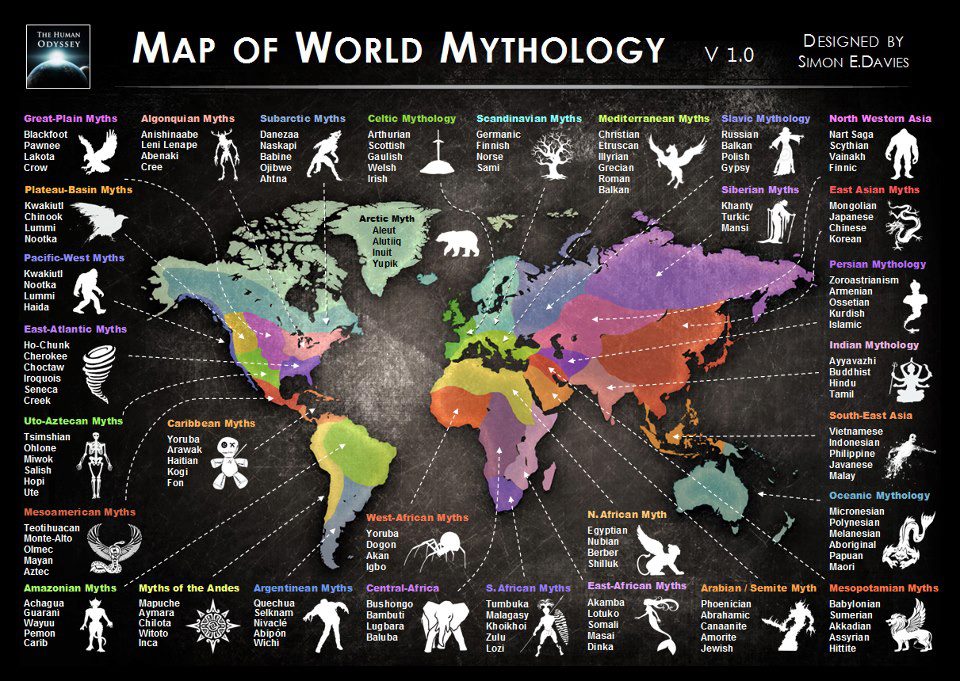 I was raised up Catholic. I have tried to remember what we were taught regarding hell and heaven and I draw blanks mostly. All I remember is we could never miss church unless you were really sick. The experience in all wasn't very bad at all and I think at that time I really must have believed the many things we were told in church.

I did catechism classes when I was about 9 or 10 and it was an abridged version, it is pushing my luck to even try to remember. I remember though that going to church was mandatory unless there was a good reason to miss. I think then we hardly ever traveled on Sundays. I don't remember a lot of hell fire but I remember being told god is watching even if no one is watching so that at all times the question was if god is seeing and whether it was possible to trick god, you know by saying sorry first.

I think whenever people talk of god's will, this has to correspond to their desires and if things don't go right they still say it's gods will. I don't understand some people.

I was indoctrinated into the Southern Baptist religion as a child, and they often gave 'fire and brimstone' sermons which spent an inordinate proportion of their time on hell, and the many ways you could get there. These ways of talking about hell were pivotal in convincing me to become an atheist. No loving god would create such a place, and if hell did not exist, then heaven probably didn't either. Even as a child, it was obvious to me that these ideas of heaven and hell were perpetuated to control behavior.