Mrs.B commented on Loren Miller's group Quote Of The Day
"We lived on one wage, with 3 kids, & I kept track of every penny, so we knew where we stood…"
6 hours ago

Stephen Brodie commented on Loren Miller's group Quote Of The Day
"The rule of thumb should always be give women control of the family finances. I've seen this…"
7 hours ago

Stephen Brodie commented on Richard Levison's status
"Exactly Richard. Religion like most bad habits has to be taught to you very early in your life, not…"
11 hours ago

Mrs.B commented on Sydni Moser's group AGING ATHEISTS
"Quite a video."
22 hours ago

Stephen Brodie commented on Sydni Moser's group AGING ATHEISTS
"Good one  Mrs.B. I can remember my sister turning the menopause into a joke and…"
yesterday

Loren Miller commented on Julien's group The Music Box
"I am a big fan of most symphonic works for organ and orchestra.  A few years ago, I…"
yesterday

Loren Miller commented on Loren Miller's group Quote Of The Day
"Defend the right of all or surrender your own first. If you think your freedom includes the…"
yesterday

Richard Levison left a comment for William Jade
"Hello William! Its nice to see and meet you here.Welcome to the website!"
yesterday

Stephen Brodie commented on Julien's group The Music Box
"The whole world is singing the old English sea shanty The Wellerman. Who Sang It Better: The…"
Wednesday

Stephen Brodie commented on Hope's group Imagine No Organized Religion
"Qonspiracy Warehouse How do big conspiracy theories come about? Here's a look at how the…"
Wednesday

Let's get this party started! 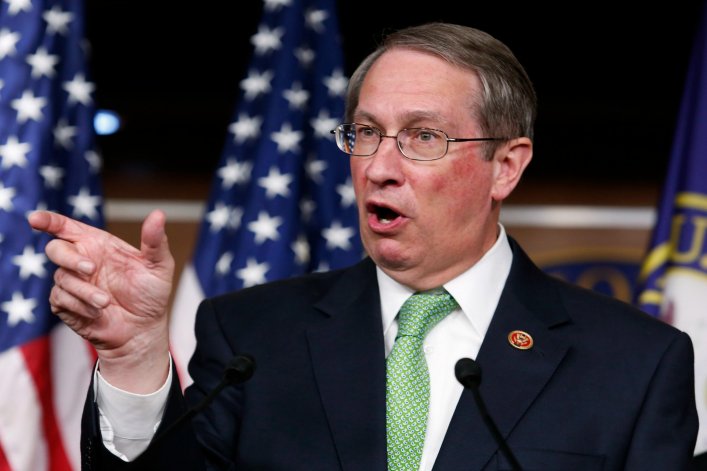 In a secret vote held behind closed doors Monday night, House Republican voted to cripple the Office of Congressional Ethics, an independent body created in 2008 to rein in corruption and other misconduct by members of Congress.

The move was spearheaded “by lawmakers who have come under investigation in recent years,” according to Politico. Among those speaking in favor of the changes were Rep. Blake Farenthold (R-TX), who was accused by a staffer of sexual harassment, and Rep. Peter Roskam (R-IL), who allegedly received “an impermissible gift when he and his wife traveled to Taiwan in October 2011.”

Under the new rules, the Office of Congressional Ethics would be renamed the Office of Congressional Complaint Review and, critically, lose its independence. It would be placed under the auspices of the House Ethics Committee, which famously has turned a blind eye to wrongdoing by members of Congress. It became clear that an independent body was necessary after scandals largely ignored by the the Ethics Committee sent several members of Congress, including Randy “Duke” Cunningham and Bob Ney, to jail.

Neal, I don't trust politicians as far as I can throw a dozen of them, but I did a search and found that Cunningham and Ney were prosecuted and jailed BEFORE Congress created the independent Office of Congressional Ethics (OCE) in 2008.

Which office or committee investigated them?

The article states those who have been investigated in the past, not necessarily by the OCE, were those wanting to get rid of them.

One of those was Rep. Blake Farenthold, the Texas Republican who was accused by a former staffer of sexual harassment. The OCE recommended in September 2015 that the Ethics panel drop a probe of the matter, but Farenthold did not like the way the case was handled. A court later threw out the staffers' lawsuit as well.

The Roskams’ daughter was also staying in Taiwan at that time, and OCE noted that the Roskams sought to include her as part of their itinerary for the $24,000-plus trip. Roskam strongly denied any improper or unethical behavior, and the Ethics Committee eventually dropped the case.

Reps. Sam Graves (R-Mo.) and Steve Pearce (R-N.M.) also vocally supported the amendment. They or their staff had come under OCE's microscope.

Thanks, Neal, for the extra info.

That the deed was done behind closed doors by itself makes it suspect.

Here in California, voters passed an initiative measure that will require the Demo-majority legislature to publish bills on the Internet for 72 hours before their final votes. The legislature had been passing lobbyist-written bills in evening sessions without public hearings.

Of the fifty states, eighteen have the direct initiative and voters can pass laws without interference by corrupt legislatures. In 32 states, voters are victims of those they elect.

If you want to follow this kind of news, go to ballotpedia.org and subscribe to its free emails.

Thanks for the link, I'll give it a look.

But I have to admit the vote by the House to gut the powers of the office of Congressional ethics is the most blatant I've seen in some time. What has the press said about the vote. Due to previous misconduct and corruption by MPs and members of the upper house (Lords) the UK Parliament has really strict rules and regulations these are run by an independent commission.

They backed off. Apparently, behind closed doors secret votes aren't too popular. =)

That bill failed after many calls from constituents.
Participation from the electorate seemed to work this time.

There are many more though. Tom Price for NIH for example.
Nominations are processing so fast it's difficult to keep up with all the potential conflicts of interest.

The Array of Conflicts of Interest
Facing the Trump Presidency

Permalink Reply by Tom Sarbeck on January 29, 2017 at 11:57am
And that brilliant founder, Alexander Hamilton in 1787, said government by "the rich and well born" would be safe because they would see no advantage in changing it.

President-elect Donald Trump’s nominee to lead the Department of Health and Human Services bought shares in a medical device company last year and then introduced legislation in the House to help the company less than a week later, CBS News has confirmed.

The new revelations about Rep. Tom Price, first reported by CNN on Monday evening, raises new ethics concerns and questions about whether Price engaged in insider trading. This comes just days before he’s slated to testify at his Senate confirmation hearing on Wednesday.

According to House records, Price, R-Georgia, bought between $1,000 to $15,000 worth of shares in the company Zimmer Biomet last March.

Days later, he introduced a bill that would have delayed a regulation until 2018 that industry analysts said would financially hurt Zimmer Biomet. Records show that after the introduction of the measure, the company’s political action committee donated to Price’s reelection campaign.

In a statement Tuesday, Zimmer Biomet’s vice president for corporate communications, Monica Kendrick, said that the firm didn’t know about Price’s purchase of stock in the company and said it wasn’t involved in the introduction of his bill to delay the regulation.

“Zimmer Biomet had no knowledge of Congressman Price’s purchase of Zimmer Biomet stock. As is common practice, the Zimmer Biomet PAC regularly makes donations to various political campaigns, all of which are disclosed as required by law,” she said. “These actions are not connected. Zimmer Biomet has supported the Comprehensive Joint Replacement (CJR) program developed and implemented by the Centers for Medicare and Medicaid Services. Zimmer Biomet was not involved in the Healthy Inpatient Procedures (HIP) Act, which was introduced by Congressman Price to delay CJR implementation.”

Senate Minority Leader Chuck Schumer, D-New York, said in a statement Monday that the Office of Congressional Ethics must “conduct an immediate and thorough investigation into these potential violations of the STOCK Act before Rep. Price’s nomination moves forward.” The STOCK Act was designed to combat insider trading among members of Congress.

“This new report makes clear that this isn’t just a couple of questionable trades, but rather a clear and troubling pattern of Congressman Price trading stock and using his office to benefit the companies in which he is investing,” Schumer said. “The President-elect claims he wants to drain the swamp, but Congressman Price has spent his career filling it up.”

This comes after The Wall Street Journal reported in December that Price traded more than $300,000 in healthcare stocks over the last four years while advocating or sponsoring bills that could have affected the stocks of those companies.