Mrs.B commented on Adriana's group Freethought and Funny Bones
"So cute."
11 hours ago

Mrs.B commented on Doone's group Humans of Earth and an Imbecile Named Scump News
"Stand up comedy now?"
15 hours ago

Mrs.B commented on Michel's group The Daily Cosmos or Interesting Facts about the Universe
"I missed this one Stephen....watching now."
17 hours ago

Privately designed, built and launched, this school bus-length X-ray telescope is put in orbit from an airplane!

This week the NuSTAR X-ray observatory was successfully put in orbit with a Pegasus rocket launched from a modified L-1011 airliner.

This is amazing on many levels.

1- The project was designed and executed in the private sector. Orbital Sciences designed, manufactured, integrated and tested the Nuclear Spectroscopic Telescope Array (NuSTAR) scientific satellite under a contract from the California Institute of Technology and the Jet Propulsion Laboratory.

2- The satellite was launched using a Pegasus rocket, a smaller vehicle that is literally dropped from an airplane and blasts away into space. This method saves a huge amount of fuel by starting the rocket a few kilometers above the ground. 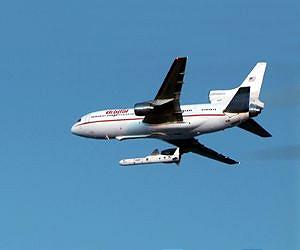 3- X-ray observatories like Chandra, XMM-Newton, and NuSTAR require very long cylindrical mirrors to focus the high energy photons. However, to fit on the diminutive Pegasus rocket, NuSTAR has to be only 2 meters long. Engineers solved this length problem in a very cool way: an extendable boom, like an accordion, that expands after launch and lengthens the spacecraft to over 10 meters! At one end of the extended mast are the mirrors, and at the other end are the detectors. (Read more from Phil Plait) 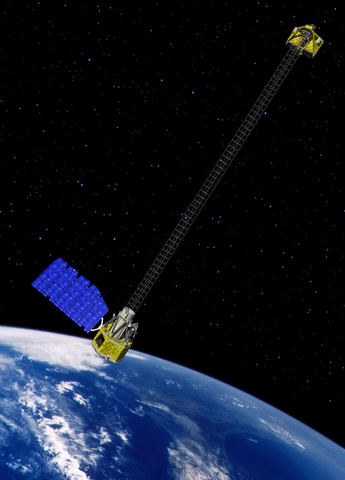 4- When the instrument is turned on it will be the first focusing high energy X-ray satellite in orbit, providing more than two orders of magnitude improvement in sensitivity as compared to previous high energy missions. The primary science goals of NuSTAR are broad, and include:

The unprecedented sensitivy of NuSTAR will also be leveraged at a variety of additional programs such as the study or our Sun's coronal mass ejections. (The NuSTAR home page) 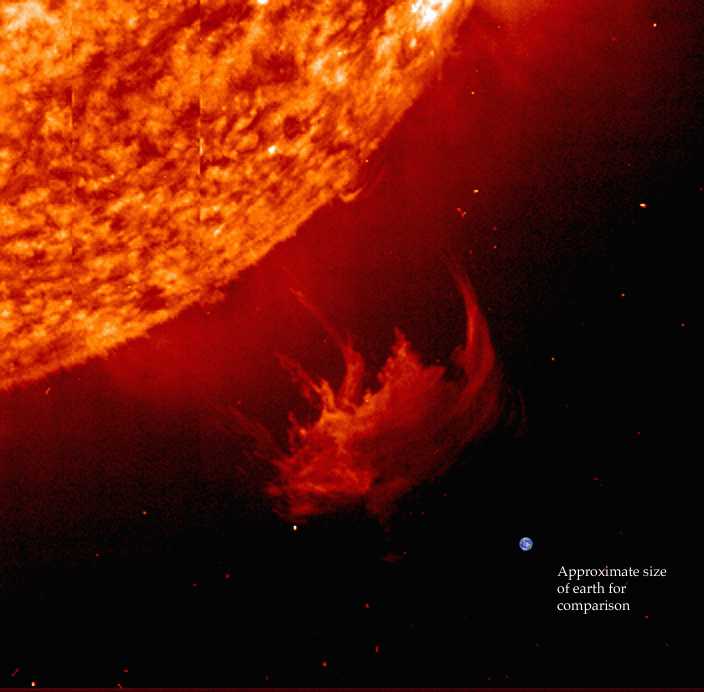 From a good article on Canada.com:

Some of the first targets that Caltech principalinvestigator Fiona Harrison hopes to look at with NuSTAR are Sagittarius A* (pronounced “A star,” the galactic mass black hole at the center of our Milky Way galaxy), Supernova remnant SN1987A and our Sun’s corona.

And, of course, if any new event such as a supernova occurs in the observable universe, NuSTAR will be on hand to bear witness. To think, less than 20 years ago, the field of X-Ray astronomy barely existed!

"We have been eagerly awaiting the launch of this novel X-ray observatory," said Paul Hertz, NASA's Astrophysics Division Director. "With its unprecedented spatial and spectral resolution to the previously poorly explored hard X-ray region of the electromagnetic spectrum, NuSTAR will open a new window on the universe and will provide complementary data to NASA's larger missions, including Fermi, Chandra, Hubble and Spitzer."

NuSTAR will use a unique set of eyes to see the highest energy X-ray light from the cosmos. The observatory can see through gas and dust to reveal black holes lurking in our Milky Way galaxy, as well as those hidden in the hearts of faraway galaxies.

"NuSTAR will help us find the most elusive and most energetic black holes, to help us understand the structure of the universe," said Fiona Harrison, the mission's principal investigator at the California Institute of Technology in Pasadena.

The observatory began its journey aboard a L-1011 "Stargazer" aircraft, operated by Orbital Sciences Corporation, Dulles, Va. NuSTAR was perched atop Orbital's Pegasus XL rocket, both of which were strapped to the belly of the Stargazer plane. The plane left Kwajalein Atoll in the central Pacific Ocean one hour before launch. At 9:00:35 a.m. PDT (12:00:35 p.m. EDT), the rocket dropped, free-falling for five seconds before firing its first-stage motor.

About 13 minutes after the rocket dropped, NuSTAR separated from the rocket, reaching its final low Earth orbit. The first signal from the spacecraft was received at 9:14 a.m. PDT (12:14 p.m. EDT) via NASA's Tracking and Data Relay Satellite System.

ScienceDaily (June 25, 2012) — NASA's Nuclear Spectroscopic Telescope Array, or NuSTAR, has successfully deployed its lengthy mast, giving it the ability to see the highest energy X-rays in our universe. The mission is one step closer to beginning its hunt for black holes hiding in our Milky Way and other galaxies.

"It's a real pleasure to know that the mast, an accomplished feat of engineering, is now in its final position," said Yunjin Kim, the NuSTAR project manager at NASA's Jet Propulsion Laboratory, Pasadena, Calif. Kim was also the project manager for the Shuttle Radar Topography Mission, which flew a similar mast on the Space Shuttle Endeavour in 2000 and made topographic maps of Earth.

NuSTAR's mast is one of several innovations allowing the telescope to take crisp images of high-energy X-rays for the first time. It separates the telescope mirrors from the detectors, providing the distance needed to focus the X-rays. Built by ATK Aerospace Systems in Goleta, Calif., this is the first deployable mast ever used on a space telescope.