Onyango Makagutu commented on Doone's group Humans of Earth and a Grotesque Idiot News
"Stephen, I agree with Bevan."
5 hours ago

Stephen commented on Doone's group Humans of Earth and a Grotesque Idiot News
"If freedom is to be saved and enlarged, poverty must be ended"Nye Bevan, 1952"
6 hours ago

Mrs.B commented on Doone's group Humans of Earth and a Grotesque Idiot News
"Yeah, the prairies are very much that way....Alberta, Saskatchewan, Manitoba......"
7 hours ago

Stephen commented on Doone's group Humans of Earth and a Grotesque Idiot News
"Is that so? I'm not up to scratch on Canadian federal(if that's the term) politics."
7 hours ago

Mrs.B commented on Doone's group Humans of Earth and a Grotesque Idiot News
"That province is soooooo conservative."
7 hours ago

Mrs.B commented on Hope's group Imagine No Organized Religion, Please! Looking better in 2020!
"Yup, whatever you say......"
7 hours ago

Stephen left a comment for bodii
""Happy Birthday Bodii. Have a great day""
8 hours ago

Mrs.B commented on Doone's group Humans of Earth and a Grotesque Idiot News
"I guess it doesn't matter which is which."
8 hours ago

Stephen commented on Stephen's group Secularism in the UK and Europe.and all those lucky places that doesnt have Trump as its leader
"The big riot that finally ended the unjust and hateful poll tax where it didn't matter if you…"
9 hours ago

Mrs.B commented on Stephen's group Secularism in the UK and Europe.and all those lucky places that doesnt have Trump as its leader
"Only time will tell I guess."
10 hours ago

Stephen commented on Stephen's group Secularism in the UK and Europe.and all those lucky places that doesnt have Trump as its leader
"It takes so much to rouse the British people but this is one thing I'm sure would turn the…"
10 hours ago

Mrs.B commented on Stephen's group Secularism in the UK and Europe.and all those lucky places that doesnt have Trump as its leader
"Yes, but the people tend to be ignored so many times."
10 hours ago

Stephen commented on Stephen's group Secularism in the UK and Europe.and all those lucky places that doesnt have Trump as its leader
"Yeah, you are right. The Tories would just love to destroy the NHS but I'm hopeful that the…"
10 hours ago

Mrs.B commented on Stephen's group Secularism in the UK and Europe.and all those lucky places that doesnt have Trump as its leader
"I sure hope you don't get screwed over."
10 hours ago

No science for you woman! 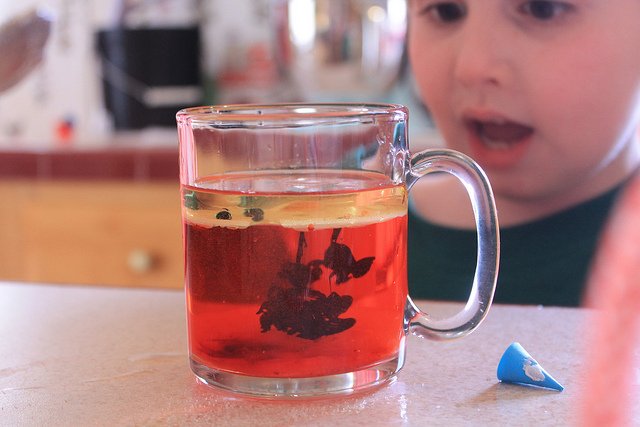 DALLAS, May 1st, 2013 – The case of 16-year old student Kiera Wilmot is making the rounds today, and for good reason.

As Reason Magazine and WTSP.com in Florida report, “Meet Kiera Wilmot is a 16-year-old student in Bartow, Florida. Before last week, Bartow High School Principal Ron Pritchard told WTSP-TV, she had “never been in trouble before. Ever.”

Curious to experiment for an upcoming Science Fair, Wilmot mixed toilet bowl cleaner and aluminum foil in a tiny 8-ounce water bottle. She was on school grounds, but not in a classroom. The student was unsure what to expect, but heard from a friend the mixture would produce non-toxic smoke. The concoction caused the bottle top to pop off and, in fact, produce smoke.

Assistant Principal Dan Durham reportedly heard the noise, investigated and called the police. The arrest report can be reviewed here.

The chemicals were legal and no one was hurt, but the activity violated the school’s code of conduct, which mandates expulsion for any “student in possession of a bomb or explosive device…while at a school, a school activity or a school bus…unless it’s used as part of a school-related activity sanctioned by and conducted by a teacher.”

Wilmot’s friends and classmates told reporters, “She just wanted to see what happened to those chemicals in the bottle,” one teen said. “Now, look what happened.”

Two and a half years later a writer at the Washington follows up. Here's a few lines of the story.

Meanwhile Kiera — who was ultimately allowed to graduate from her high school, after her mother spent thousands on legal fees — has been quietly working toward a mechanical engineering degree at Florida Polytechnic University.

Almost another year later we are seeing even more serious implications of Ahmad's and Kiera's story.

I had a great science teachers in 5th, and 7th grades.

With supervision we (I) learned about math, chemicals and biology.

Hellicpoter parents may have slowed down advancement in learing.

A kid I knew when I was ~20 yrs old - he was ~14-15 years old. He and I were playing frisbie. I threw the frisbie while it was windy and it ended up in a tree about ten feet above the ground in a lower branch. I said "Jump up and get it."  He wasn't able to reach it. I said I'll help you reach it.

For some reason I see something wrong with that.

I may not be presenting this well. The point I'm trying to make is that his mother prevented him space  room to explore - ie. helicopter parent.

Once we started seeing "Baby on Board" placards on windows of minivans and people started walking their elementary school children to school, which is usually only a few blocks away all hope was lost for independent thinking children.

IF she were a child of color she may have been taken away in handcuffs as has happened in several cases.

HOUSTON — Ahmed Mohamed’s homemade alarm clock got him suspended from his suburban Dallas high school and detained and handcuffed by police officers on Monday after school officials accused him of making a fake bomb. By Wednesday, it had brought him an invitation to the White House, support from Hillary Rodham Clinton and Mark Zuckerberg, and a moment of head-spinning attention as questions arose whether he had been targeted because of his name and his religion.

As a result, a 14-year-old freshman at MacArthur High School in Irving, Tex., who is partial to tinkering, technology and NASA T-shirts and wants to go to M.I.T., found himself in a social media whirlwind that reflected the nation’s charged debates on Islam, immigration and ethnicity.

The list of such science projects getting students in trouble goes on and on.

I suppose 'whities' can get away with more than people of color who post jim crow are on a path from the school with police officers there to arrest even kindergardeners behaving like kindergardeners do to the new slave era of prison free labor.

There is a bond measure in my county comming up to build a new jail. It's claimed a new jail is needed because the state prisons are over crowded so state prisoners will have to be transfered to county jails.

I'm going to vote no on the bond measure. There are already too many people in prisons for what? - Suspicious science projects? Being in possession of marijuana?

I realize that some drugs are dangerous for the users and society at large such as meth. Shouldn't people suspected of drug addiction be treated as medical patients? That for one thing is less expensive - though if the cost of free prizoner slave labor is factored in then anyone making less than minimum wage might be harvested as prison slaves.

While we're at it illegal immigrants could be used to harvest vegitables and fruit. The taxpayers pay for it while the corporations get subsidized labor.  This is one of the many ways the tax system is broken.

I don't think the ordinary person who's going to vote for "The Don" knows how crafty the system can work for the benifit of big agriculture.

Another rant for the day.