Mrs.B commented on Julien's group The Music Box
"No clue, but loved the sound."
18 hours ago

Stephen commented on Julien's group The Music Box
"I wonder if he composed the piece beforehand or just created as he went along? But your right it is…"
18 hours ago

Mrs.B commented on Julien's group The Music Box
"Love this...."
19 hours ago

Woman Being Denied Citizenship Because Her Morality Doesn't Come From Religion 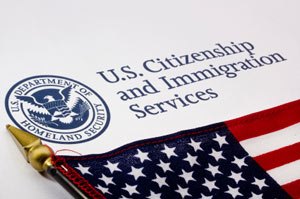 you cannot be an atheist conscientious objector. Only religion gives you an out.

Margaret Doughty, a 64-year old woman from the UK who has spent the past 30+ years in the U.S., is in the process of applying for United States Citizenship and happens to be an atheist. She is currently a permanent resident running non-profit adult literacy organizations, doing her part to enrich the lives of American citizens. In the process of applying for citizenship, all candidates are asked if they’d be willing to take up arms in defense of the United States of America. Ms. Doughty responded,

“I am sure the law would never require a 64 year-old woman like myself to bear arms, but if I am required to answer this question, I cannot lie. I must be honest. The truth is that I would not be willing to bear arms. Since my youth I have had a firm, fixed and sincere objection to participation in war in any form or in the bearing of arms. I deeply and sincerely believe that it is not moral or ethical to take another person’s life, and my lifelong spiritual/religious beliefs impose on me a duty of conscience not to contribute to warfare by taking up arms…my beliefs are as strong and deeply held as those who possess traditional religious beliefs and who believe in God…I want to make clear, however, that I am willing to perform work of national importance under civilian direction or to perform noncombatant service in the Armed Forces of the United States if and when required by the law to do so.”

Despite being an atheist, Ms. Doughty was told that any conscientious objection must be based on religious grounds, not simply moral objections. So as someone who was not religious, and didn’t believe in a god, she had no basis for objecting. Her statement has been denied and she has been informed that to move forward in the process she must submit a letter from the elders of her church to prove her conscientious objections are religiously based.

The USCIS has told her,

“Please submit a letter on official church stationery, attesting to the fact that you are a member in good standing and the church’s official position on the bearing of arms.”

The first amendment states "Congress shall make no law respecting an establishment of religion...) but that seems not to matter. Only the second amendment matters, because that makes America one of the most unsafe places on earth in peacetime.

She could top that by saying she's a communist too.

Did they read the part where she says she lacks a belief in god so asking her a report card from the pastor is plain stupid.

Maybe the Church of the SubGenius could legally verify that she has a conscious.

Washington, DC, June 20, 2013) — U.S. immigration officials have reversed their demand that an atheist woman applying for U.S. citizenship get a letter from a church to justify her request to opt out of the requirement that she “bear arms” in defense of the United States.

The reversal comes after Margaret Doughty, 64, was assisted by the American Humanist Association’s Appignani Humanist Legal Center in her fight to defend her constitutional right to assert a secular moral basis for her conscientious objector status, rather than a religious one. Ms. Doughty has been a legal resident of the U.S. for over 30 years.

“The Constitution requires that secular beliefs and religious beliefs be treated equally under the law, and we’re pleased that officials at U.S. Citizenship and Immigration Services have reversed course and recognized this,” said Bill Burgess, attorney for the American Humanist Association’s Appignani Humanist Legal Center. “We hope Margaret Doughty’s case ensures that non-religious applicants for U.S. citizenship are treated fairly.”

A letter was sent by the Appignani Humanist Legal Center to U.S. Citizenship and Immigration Services officials June 17 outlining the Supreme Court rulings that require the government to treat secular and religious conscientious objectors alike.

In response to the AHA letter and many other letters, the USCIS decided to reverse course and withdraw its request for evidence, stating to Ms. Doughty in an e-mail sent this afternoon: “In light of the full explanation in support for your request for an exemption from bearing arms as it relates to the naturalization oath, this Service hereby withdraws the request for evidence (RFE) issued on June 7, 2013.  This Service accepts your detailed statement in satisfaction of the information requested by the RFE.  Your application for naturalization has been approved.”