Mrs.B commented on Doone's group Humans of Earth and an Imbecile Named Scump News
"Hmmmmm.....wonder if any of it fits anyone we've sorta heard of."
1 hour ago

Doone commented on Doone's group Humans of Earth and an Imbecile Named Scump News
"Antisocial personality disorder is diagnosed after rigorous psychological assessment. A…"
1 hour ago

Doone commented on Doone's group Humans of Earth and an Imbecile Named Scump News
"Antisocial personality disorder, sometimes called sociopathy, is a mental disorder in which a…"
1 hour ago

Doone commented on Michel's group The Daily Cosmos or Interesting Facts about the Universe
"Map of the UK shows which country is the nearest neighbour. Source:…"
1 hour ago

Doone commented on Doone's group Humans of Earth and an Imbecile Named Scump News
"Definition of people in parts of the USA  Mississippi election commissioner:…"
2 hours ago

Stephen commented on Michel's group The Daily Cosmos or Interesting Facts about the Universe
"History of salt in Middlewich https://en.wikipedia.org/wiki/History_of_salt_in_Middlewich"
3 hours ago

Britain's atheist church to go global - and it's coming to Australia

Not a fan of "atheist churches," but it does look like they're having fun. 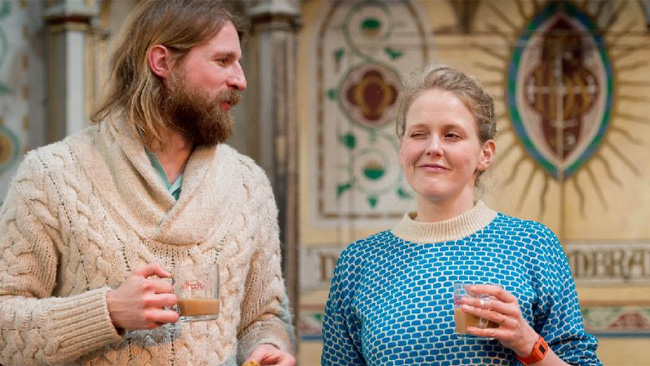 ECHOING with joyful song and with a congregation bent on leading better lives, this London church is like any other - except there's no mention of God.

Britain's atheist church is barely three months old but it already has more "worshippers" than can fit into its services, while more than 200 non-believers worldwide have contacted organisers to ask how they can set up their own branch.

Officially named The Sunday Assembly, the church was the brainchild of Pippa Evans and Sanderson Jones, two comedians who suspected there might be an appetite for atheist gatherings that borrowed a few aspects of religious worship.

"There's so much about Church that has nothing to do with God - it's about meeting people, it's about thinking about improving your life," said Jones, a gregarious 32-year-old with a bushy beard and a laugh like a thunderclap.

The Sunday Assembly's central tenets are to "help often, live better and wonder more" - themes that would not be out of keeping with the teachings of any major world religion.

At a recent Sunday service, which had a volunteering theme, songs included Help by the Beatles and Holding Out For A Hero by Bonnie Tyler.

The "sermon" was given by the founder of an education charity, while in a section called Pippa Is Trying Her Best, Evans had the congregation in stitches as she reported on her attempts at voluntary work.

The service ended with big cheers and - this is Britain, after all - shouts of "Who would like a cup of tea?"

Like many Western countries, Britain is becoming an increasingly faithless nation. While a majority still consider themselves Christians, census data revealed in December that their numbers plummeted from 72 per cent in 2001 to 59 per cent in 2011.