Doone commented on Doone's group Humans of Earth and a Grotesque Idiot News
"I concur with Stephen = Bernie and Warren would be ideal.  Bernie would not be my ideal but we…"
yesterday

Neal commented on Doone's group Humans of Earth and a Grotesque Idiot News
"I see Doone has been on a roll. =) Stephen: I am not a fan of Bernie, and I think if he gets the…"
yesterday

Mrs.B commented on Julien's group The Music Box
"No clue, but loved the sound."
Sunday

Stephen commented on Julien's group The Music Box
"I wonder if he composed the piece beforehand or just created as he went along? But your right it is…"
Sunday 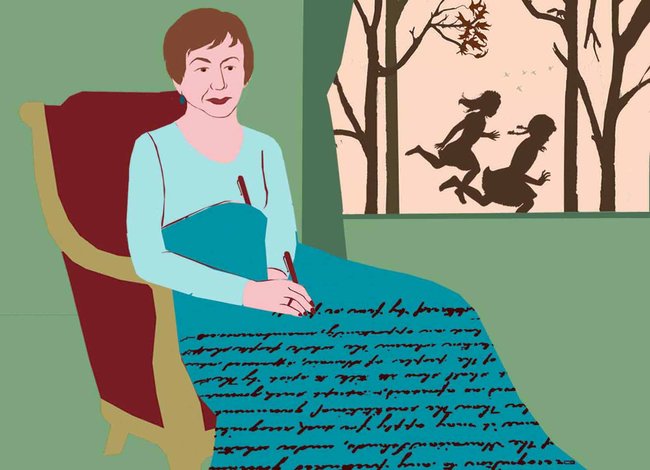 “Too many young people now are giving up too early, too soon.”

On aging: Most found that old age vastly exceeded their expectations. Even those with serious chronic illnesses enjoyed a sense of calm and contentment. A 92-year-old who can no longer do many of the things she once enjoyed said: “I think I’m happier now than I’ve ever been in my life. Things that were important to me are no longer important, or not as important.”

So true! I call this shedding issues.

ON HAPPINESS: Almost to a person, the elders viewed happiness as a choice, not the result of how life treats you.

Has to do with choosing what's important.

That is true, Michel, I know a few people who gave up too late...

hmm. i married a japanese, not similar. i think the diference is what keeps us going. if interests are similar, conversation will soon die. of course happiness is a choice. to me thats a truism.

But I would bet your values are similar. That's what's important, not the specific interests, I think.

Does anybody but me have regrets ?  about the way I handle things or made wrong choices or listened to the wrong people or not dealing fairly in my relationships with some people ?  Well I have regrets but I don't dwell on them... I think I live according to what I have become to the best of my abilities ( it may seem profound but I do not think it is...)

nope. im ok with myself so whatever went into making me is ok too.  you cn only do what good you can. what i couldn't do i dont regret. i dont even regret loosing my leg.

I don't have regrets in the grand scheme of things, but I know I'm a very fortunate person. What I do have is regrets for specific things I did or failed to do at some points in my life, which may have changed my relationships with people who are close to me, for the better.

My regrets are also for specific things or choices I made in my life...

Not to be critical, but all of these insights seem pretty banal too me. Of course marriages will last longer when the people have similar values and many things in common, for example. And the advice about spending time with your children....and not beating them...well, if you really did not realize that before you read the article, you're pretty hopeless as a parent in my opinion. And also, of course, no 83 year old will tell you that she was at her happiest when she could make lots of money to buy stuff, but maybe a 30 year old will be really happy just having the money to buy nice clothes, shoes, etc. And also, 80-some year olds value different things than younger people, and thus may remember things differently, what made them happy at different points in their lives, etc.

The advice about choosing a profession that one loves is very sound; however, not many people are lucky enough to be able to do that, some people never get the opportunity to do that, not because they don't want to, but because they were too worried trying to make ends meet. It is very sad. Very few people get into a boring, shitty job because that's what they were planning to do.

The best part of the article is the closing sentence, which I fully endorse:

Even if their lives were nine decades long, the elders saw life as too short to waste on pessimism, boredom and disillusionment.

I agree entirely with you, Adriana