Stephen commented on Doone's group Humans of Earth and an Imbecile Named Scump News
"Now you see him now you don't."
1 minute ago

Doone commented on Doone's group Humans of Earth and an Imbecile Named Scump News
"Toddler Scump  Niece says Trump remains "much as he was at three years old":…"
1 hour ago

Mrs.B commented on Doone's group Humans of Earth and an Imbecile Named Scump News
"But they didn't crop out the hand showing at her waist.....mistakenly my butt!!!"
4 hours ago

Mrs.B commented on Adriana's group Freethought and Funny Bones
"We need the laughs now."
4 hours ago

Onyango Makagutu commented on Adriana's group Freethought and Funny Bones
"Mrs. B that cake joke is hilarious. Jimmy Carr is brilliant"
15 hours ago

Tom Marvolo Riddle is now a member of Atheist Universe
19 hours ago
Welcome Them!

Mrs.B commented on Doone's group Humans of Earth and an Imbecile Named Scump News
23 hours ago

Doone commented on A Former Member's group Animal | Vegetable | Mineral | Fungus
"The fluffy panda ant isn't actually an ant, but a wingless wasp. They have an extremely…"
23 hours ago

Doone commented on A Former Member's group Animal | Vegetable | Mineral | Fungus
"Epidendrosaurus may have hunted grubs in trees using its elongated fingers, like an aye-aye does…"
23 hours ago

Stephen commented on Doone's group Humans of Earth and an Imbecile Named Scump News
"It was just me saying that I couldn't care less what a person's colour is, but I do care…"
yesterday

Mrs.B commented on Doone's group Humans of Earth and an Imbecile Named Scump News
"I never mentioned colour.....it's not a factor......but he's had a very public mental…"
yesterday

Curious about how Americans and others  think about the U.S..

Where do you think the worst state in the U.S. would be to live and why?

Scientology which I understand is big buisness in many areas appears to me to be an expansion of Mormonism.

In that they all get their own planet.

Regarding that the ancients thought that upon death one would go to the stars - in todays Abrihamic and what ever other religions  its called heaven.

Thinking about Ken Ham and the Arc project promoted by tax dollars I'd say Kentucky is at the top of my list.

I don't think so.

More on that later with the White Supremicists  movement.

I'm a big supporter of the SPLC and even donated money to their cause. But recently I've become concerned that they are using a scattergun approach to naming who they consider hate groups and individuals.

Are you referring to the shooting in ChristChurch NZ?

What do you mean by that Stephen?

For what it's worth during WW!!, when the Phillipines was a territory Manila was the sixth largest city under the U.S. Flag.  The history behind that is interesting.

I had another blog about this and other aspects of how the world views the U.S.

It seems to be worse under the Donald Trump Presidency.

There has never been a president I liked in my lifetime.

Compared with other developed and many developing nations, the United States continues to rank at or near the bottom in indicators of mortality and life expectancy while continuing to exceed other countries in health spending [1].
Thirty-five countries, including the United States, comprise the Organisation for Economic Co-operation and Development (OECD). Their mission is to promote economic development and social well-being of people worldwide.

Among the 35 OECD countries, US infant mortality ranks 29th. 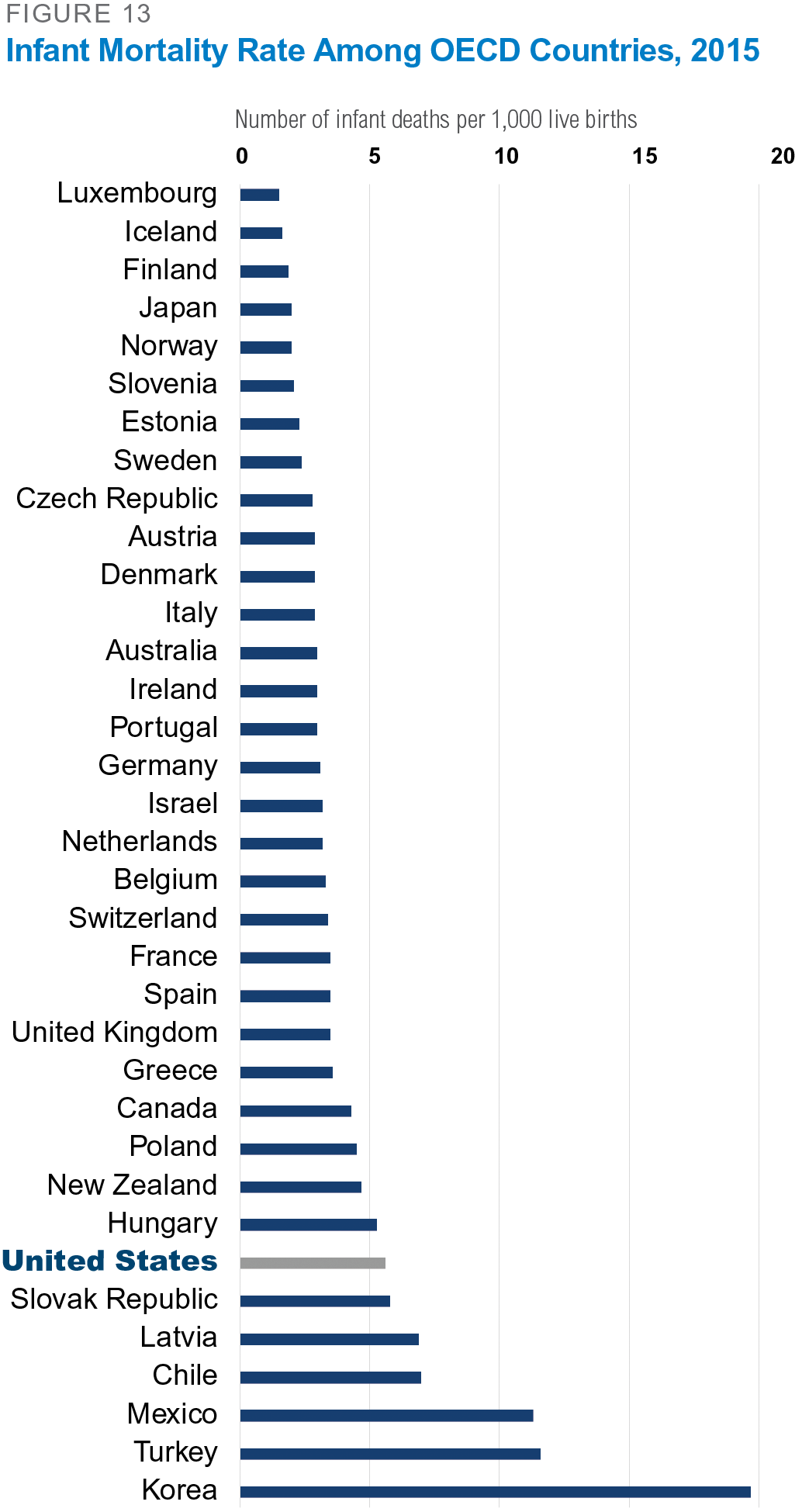 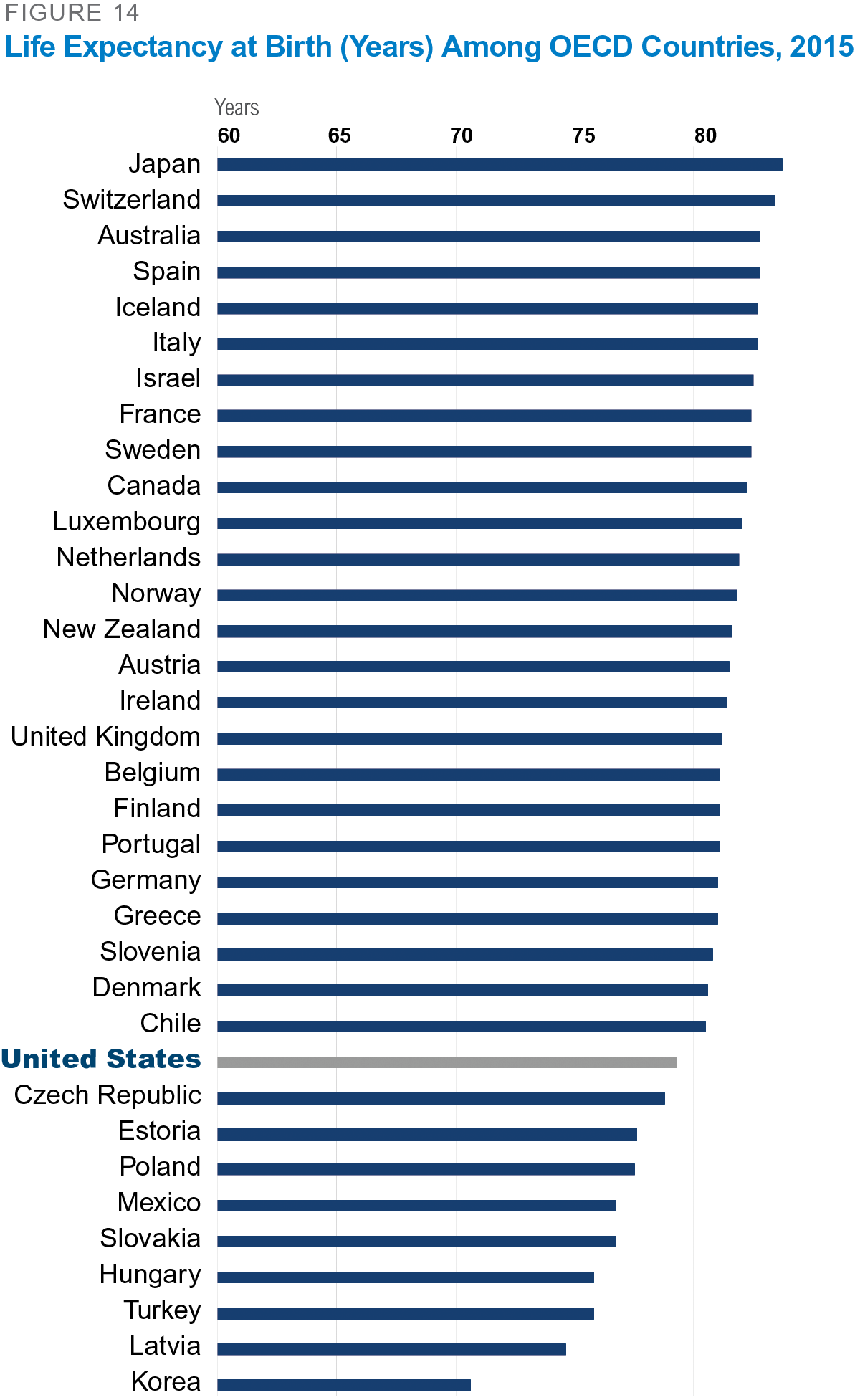 
All other OECD countries with health expenditures more than 10% of GDP have a lower infant mortality rate and a higher life expectancy than the United States.

Rankings for infant mortality and life expectancy continue to be disappointingly low in the United States, especially considering how much money is spent on health. Compared with other OECD countries, expenditure on health (measured by percentage of gross domestic product [GDP] spent on health by private and public sectors), is highest in the United States at 16.9% of GDP (Figure 15). Switzerland is the next highest in expenditures at 11.5%. Including Switzerland, only 10 other OECD countries spend more than 10% of GDP on health. All other developed countries with health expenditures more than 10% of GDP have a lower infant mortality rate and a higher life expectancy than the United States. 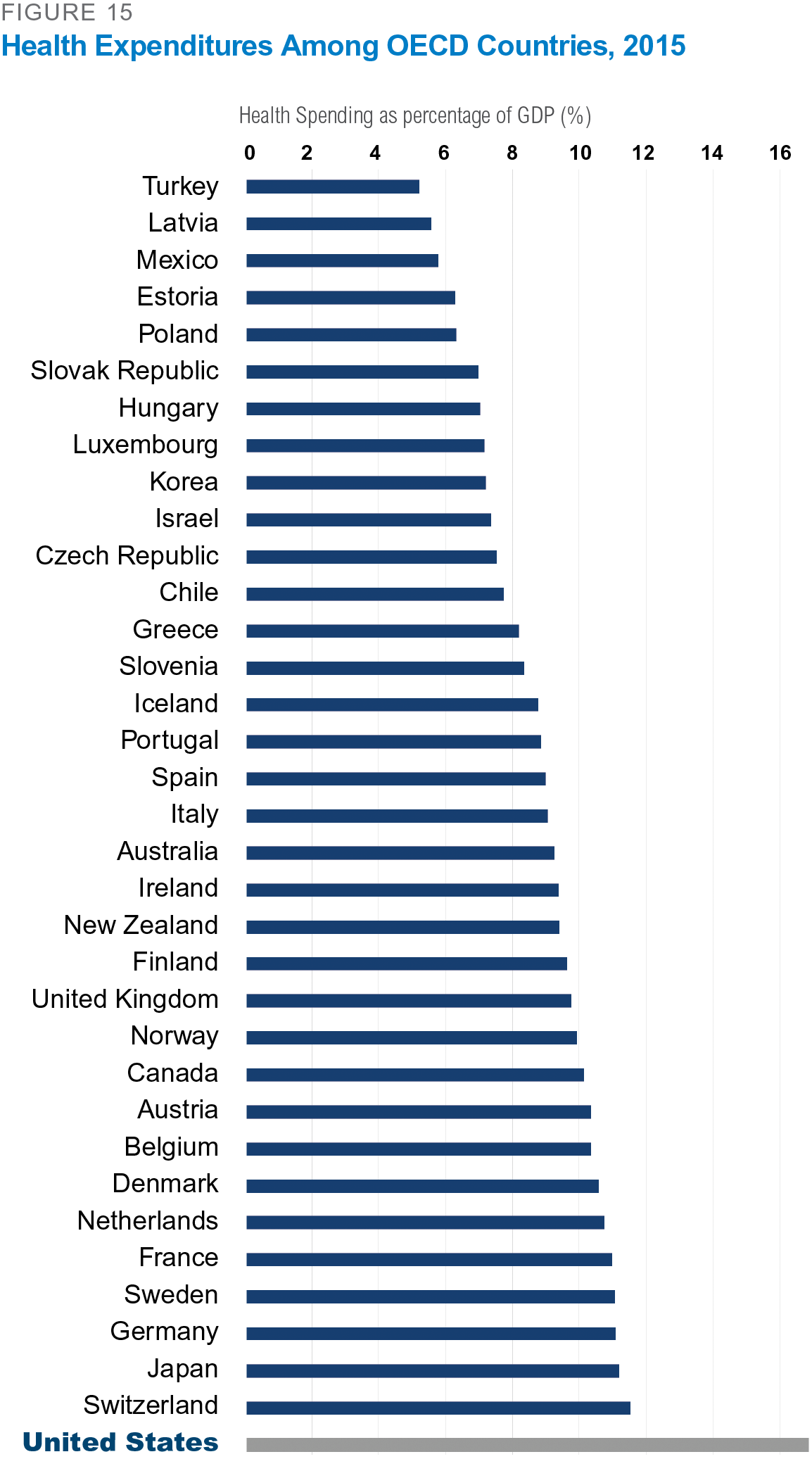 depends upon which study one looks at.

Look at the link to view maps

The Human Freedom Index presents the state of human freedom in the world based on a broad measure that encompasses personal, civil, and economic freedom. Human freedom is a social concept that recognizes the dignity of individuals and is defined here as negative liberty or the absence of coercive constraint. Because freedom is inherently valuable and plays a role in human progress, it is worth measuring carefully. The Human Freedom Index is a resource that can help to more objectively observe relationships between freedom and other social and economic phenomena, as well as the ways in which the various dimensions of freedom interact with one another.

The report is co-published by the Cato Institute, the Fraser Institute, and the Liberales Institut at the Friedrich Naumann Foundation for Freedom.

The index published here presents a broad measure of human freedom, understood as the absence of coercive constraint. It uses 79 distinct indicators of personal and economic freedom in the following areas:

The HFI is the most comprehensive freedom index so far created for a globally meaningful set of countries. The HFI covers 162 countries for 2016, the most recent year for which sufficient data are available and it includes three countries-Belarus, Iraq, and Sudan-that were added this year. The index ranks countries beginning in 2008, the earliest year for which a robust enough index could be produced.

The HFI also finds a strong relationship between human freedom and democracy. Hong Kong is an outlier in this regard.

The findings in the HFI suggest that freedom plays an important role in human well-being, and they offer opportunities for further research into the complex ways in which freedom influences, and can be influenced by, political regimes, economic development, and the whole range of indicators of human well-being.

I'm not sure the CATO Institute is good at meauring this.

There’s a New Ranking System For Best Countries to Live In,

I doubt this is any better at judging.

Most researchers use the UN’s Human Development Index to measure each country’s progress, but that system has flaws. A new index aims to do it better.

Most researchers use the UN’s Human Development Index to measure each country’s progress, but that system has flaws. A new index aims to do it better

Every year, the United Nations releases the Human Development Index.

The HDI is like a country’s report card. In a single number, it tells policymakers and citizens how well a country is doing. This year, Norway was at the top of the class, while Niger finished last.

The index first appeared in 1990. Before then, a country’s level of development was measured solely by its economic growth. By taking non-economic dimensions of human well-being into account, the HDI revolutionized the idea of what was meant by countries becoming “more developed.”

The HDI has been wildly successful in changing the way people think about the development process. However, it still suffers from real flaws. There have been numerous attempts to do its job better, including one that we published on Nov. 6.

Eliminating the flaws in the HDI make a substantial difference. For example, Denmark was ranked fifth in the world according to this year’s UN rankings, but our new index knocks it down to only 27th, switching places with Spain.
Terrible.  I'll dig up references from my previous posts which should be updatable.